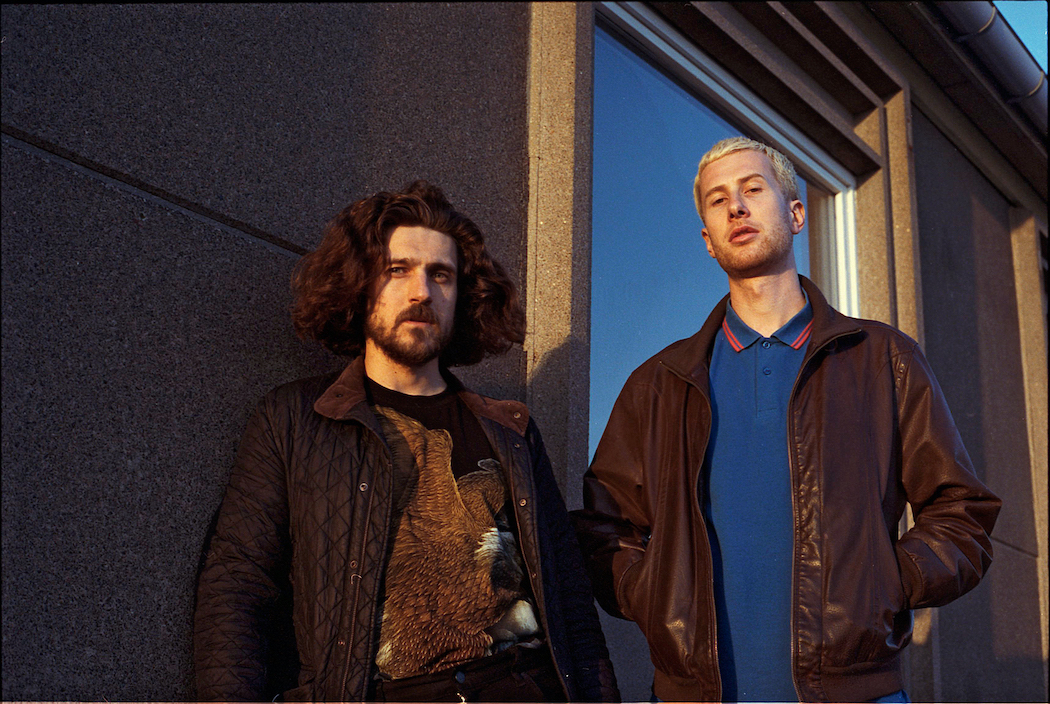 Fluqx return with the hypnotic single and video for ‘Feather‘ taken from the upcoming album ‘Monolith’ released March 6th on hfn music. Comprised of producer-engineer Joel Krozer and Brian Della Valle, the Copenhagen based duo got together when Joel heard Brian (singer-songwriter Of The Valley) recording in the studio below his. Their encounter led to a series of late-night recording sessions, together with collaborator Søren Holme, that quickly became the cornerstone of their partnership and the formation of Fluqx. With ‘Feather’, the two introduce the distinct sound of Fluqx as they merge deeply warped synthesizers, swirling textures and Brian’s affecting, thoughtful vocals. Joel explains, “Our idea with ‘Feather’ was to create a weightless universe where all the synths feel organic and effortless. We often work with images as opposed to musical references throughout the production process and for ‘Feather’ the slow motion close ups of Bill Viola’s floating bodies was a key influence.”

Amdi Niss-Espinoza (@Hecticmundo) completes ‘Feather’ with stunning visuals: “This was such a inspiring video to make, the freedom of the project let the aesthetics of the footage shape the narrative, instead of the usual boring preconceived fitting of the footage into a fixed storyline… Thank you Joel/Fluqx for trusting me enough to do it the other way around.”

“Since the birth of Fluqx it was always on the cards to create a coherent album early on,” explains Krozer. “The concept became a reality after looking through the rolls of film I shot in Oaxaca, Mexico a few years back. They had a certain feeling that reminded me of finding something long lost and discovering something unknown in vast open spaces. They became the inspiration for the textures of many of the tracks that we had already composed in their primitive form.”