KALTBLUT is excited to premiere the video for DJ Sneak’s remix of FOMO’s critically acclaimed track ‘House Of Love’ featuring the timeless Chaka Khan. The track brought Mark Bell and Jamie Petrie together to record with her siblings Taka Boom and Mark Stevens for the first time. FOMO are Jamie Petrie (JP) and Mark Bell, first brought together in the mid 1990s when Bell was enjoying chart success and a Mercury Music Prize award with his band M-People, while JP was riding high with the first of his chart topping records and working in the studio with the likes of Womack & Womack & Jean Michel Jarre. Coachella was the first time ‘House Of Love’ saw a live workout and now remixes from DJ Sneak, Joeski and Manuel Tur, Adrian Hoffman & Tim Buecher as Eardust see a release for the summer. This is house music crafted by the greats from a lady that has sold over eighty million records and won ten Grammy awards. “We made a record about the love and importance of family and how deep the roots of love should run,” said Chaka Khan of her dance music debut. These new remixes join ‘House Of Love’ interpretations from DJ Dmitry (of 90s supergroup DEEE-LITE), Eric D Clark, Yousef, Split Secs and Tripmastaz, out now on Shaboom Records. In a feel good tribute to 90s club culture, the video shows Chaka and the gang going old school to DJ Sneak’s modern remix.

‘House of Love’ is out now on Shaboom Records 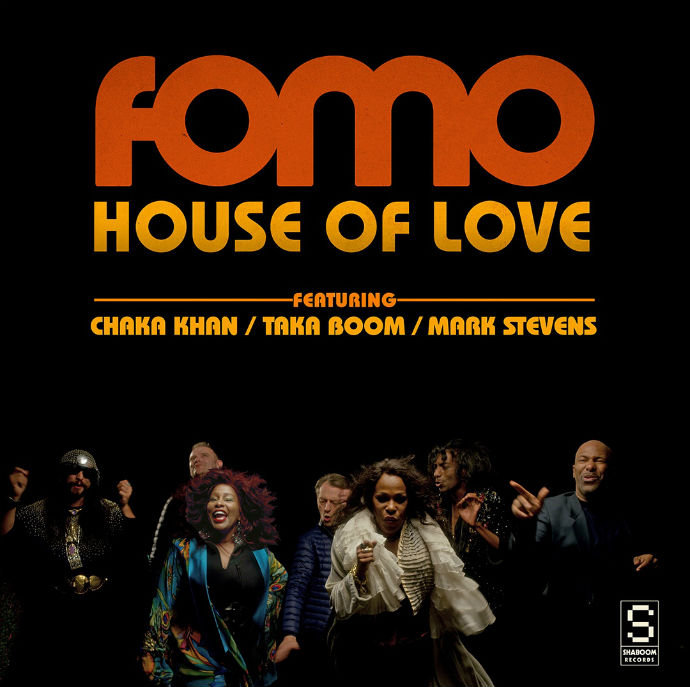