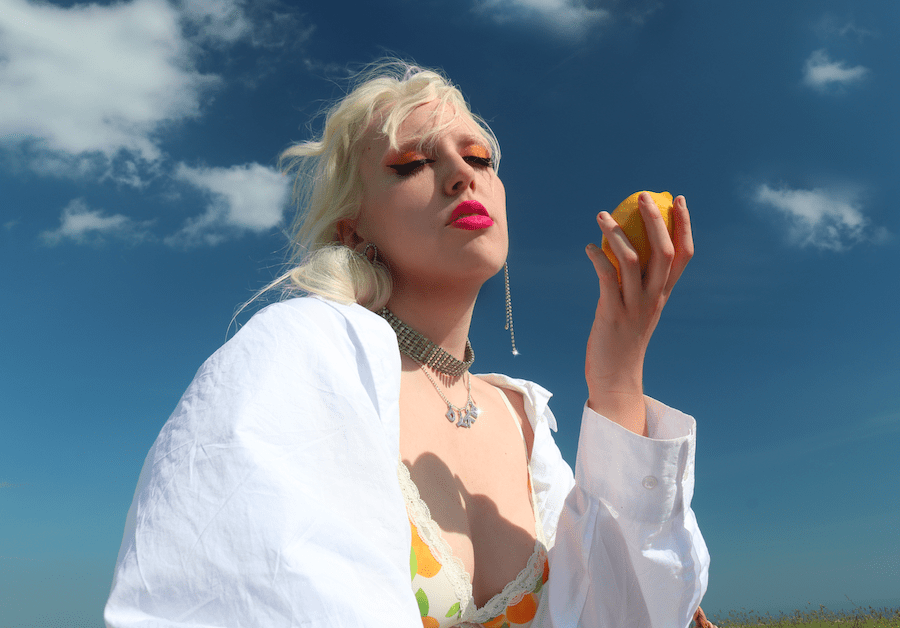 Lemon! narrates Foxgluvv’s personal self-reflection, and the realisation that they were slowly becoming bitter. Not wanting her mental health to further deteriorate and get in the way of friendships and relationships, Lemon! was written out of pure frustration for who Foxgluvv was becoming in a downward spiral. Working alongside her long-term collaborator Scott Colcombe on this track, the pair have used warped synths and glitchy samples to incorporate that weird sinking feeling within, when you realise that you’ve f*cked up – and that your behaviour is becoming… sour. With a catchy chorus and repetitive hook that will wriggle their way into your brain, Lemon! is truly intoxicating – like a hard lemonade.

You know what they say, when life gives you lemons… you write a twisted funk-pop song all about your emotional struggles.

Catch Foxgluvv with Tom Aspaul on his Revenge Body tour throughout July in Manchester and London.
Full details: https://tomaspaul.co.uk