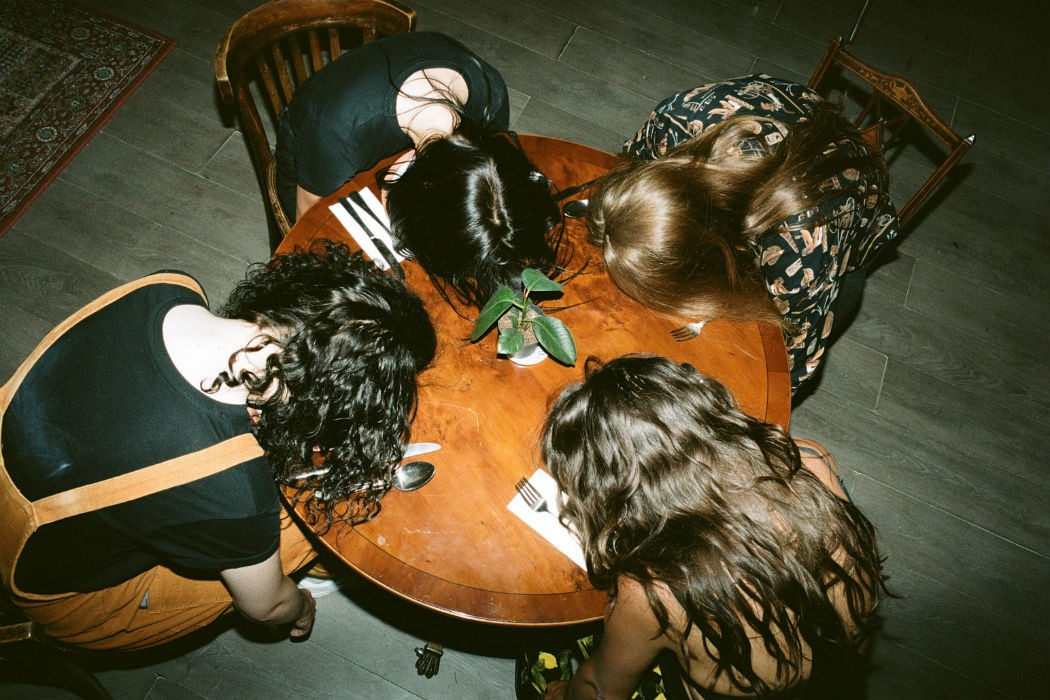 Alternative-indie outfit Friedberg release visuals for the instant classic ‘Boom’ which captures the fresh all-female quartet doing what they do best – effortlessly nailing a live jam session led by the unlikely clang of a cowbell. Founder and frontman Anna Friedberg says on the single, “I have the feeling that ‘Boom’ is like an antithesis to the stillness of the desert where even the gentlest note, every single word you speak, almost every thought you have echoes like a ‘Boom’ in the middle of the desert. I think the song somehow reflects and captures the isolationism of the desert quite well. The lyrics of the song are actually about the most cold-hearted and evil human who does whatever it takes for self-preservation. This person kind of resembles a cult leader, having complete control over others. You are not able to sense the evil powers or inabilities but if you do, you are not able to escape anymore, unless the person decides to throw you away when you are all emptied and sucked out and of no use to that person anymore, somehow like a vampire of love”. ‘Boom’ is out now on LGM Records.

Austrian singer and songwriter Anna Friedberg has already released two solo albums and was awarded gold in her home country Austria and Italy. Lenny Kravitz also immediately invited her to support him on his European tour. After the success of her debut album, Anna moved to Berlin before going on a road trip in the footsteps of Beat Poets for an art production across California. where she fell in love with Joshua Tree, settling there to write poems and songs in isolation.

Holed up in an abandoned hut in the middle of the desert, she called up her friends, Daniel Brandt, from German acoustic techno ensemble Brandt Brauer Frick, and Matthias Biermann, from disco pop band Roosevelt, who both happened to be in LA at the same time. They set up an improvised studio and enthralled by the vastness of the desert, began to jam out a raw and minimalist guitar-driven sound. The first song, recorded on the first night was a desert-rock track called ‘Boom’, with Anna singing into a distorted microphone while creating a pulsing beat on a cowbell.

Inspired by the session in the Joshua Tree, Anna moved to London where she teamed up with a group of immensely talented musicians – Emily Linden, Laura Williams, and Cheryl Pinero. In the summer of 2018 the girls, now named Friedberg, began playing a clutch of secret shows that garnered immediate interest from various tastemakers and led to a singles deal with London indie label LGM Records (Goldheart Assembly, Amaroun) and Free Trade Agency (The National, The War On Drugs).

Anna explains: “I asked them if they would like to go for a jam and so we locked ourselves into a rehearsal space for 5 days, jamming the new songs I had brought back from California. I was just overwhelmed by the energy of us 4 together and how good it sounded after only a few days of rehearsals. We decided to hit the stage at an open mic night in London and got a great reaction from the crowd so it was clear for us that we should stick together as a band and take it from there. Friedberg was born”.