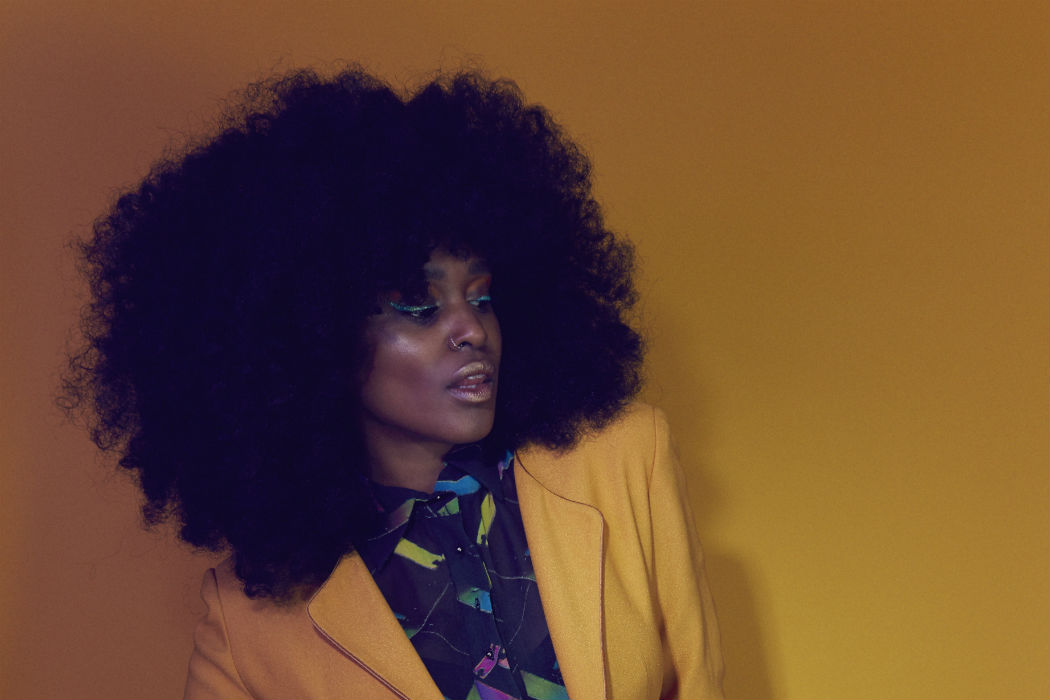 Rising alternative pop star, Iris Gold, returns with a stunning 70’s homage mixtape ‘The Marsha Hunt Mixtape’ featuring nine original songs designed to bring storytelling and fun back into music. Inspired by the life and imagery of American actress Marsha Hunt, it is her voice and spirit that permeates the mix. Taken from the mixtape, is the fresh new fashion video for standout track, ‘Harlem’. “It is a fashion video we did behind the scenes for the photo shoot that goes with it.” Iris explains, “We wanted to create a modern colour full visual take on how it would feel to be a female version of super fly from the movie you know in his fly ass suits. My track ‘Harlem’ is literally a snap shot of a street corner in 60’s-70’s Harlem on a especially good day. Beehives, boogaloo, afroshine, The Supremes and Clyde Stubblefield. It features my uncle Ali Tennant singing the chorus.”

Born in the UK, Iris was whisked across the North Sea and grew up living a nomadic existence in Copenhagen, squatting for intervals above the Folkteatret (‘People’s theatre’) and the autonomous fristaden (‘free town’) commune of Christiania. Often the only child at gatherings of space cadets, nudists and freethinkers, she developed the charisma and storytelling prowess necessary to command attention. Musically she was surrounded by the hallmarks of 60’s and 70’s psych and hippy counter-culture: Jefferson Airplane, The Doors, Mommas and the Poppas and The Grateful Dead, instilling her with an ingrained love of West Coast melody. After being given some records by her Mum’s friends in her late teens, she discovered hip-hop, dosing up on Pete Rock, Beastie Boys and De La Soul, becoming enamoured with what to her was an entirely new musical dictionary. Moving from Copenhagen to London, she started writing songs in which she fused the minimal, generative quality of instrumental loops with her background in poetry and storytelling and those glistening California influences. With an unconventional back-story and a killer arsenal of tunes, this wide afro’d wordsmith is on to something special.

‘The Marsha Hunt Mixtape’ is out 2nd December