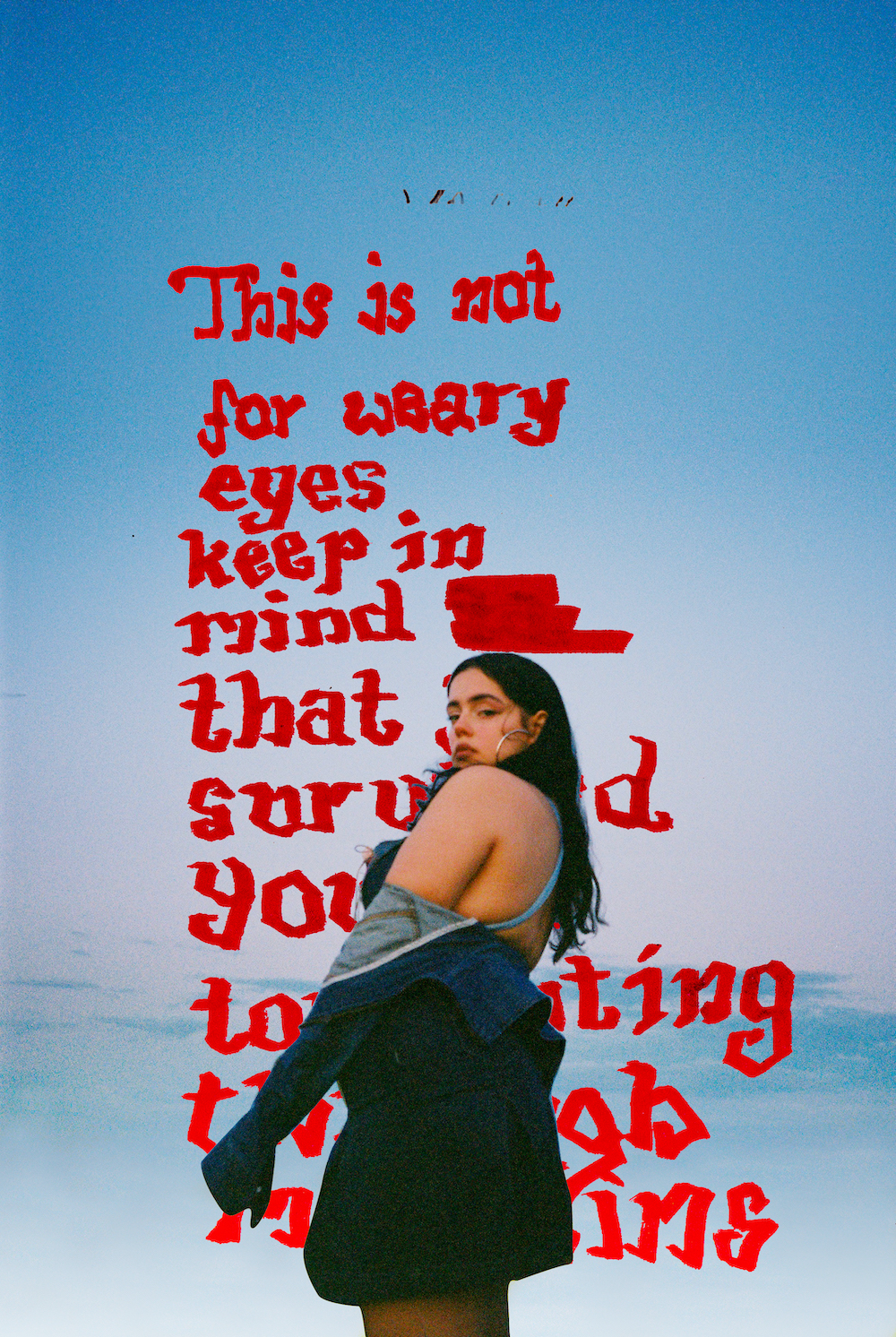 ‘London luv x’ is Ivohé‘s third single of her upcoming debut album goldita y despeinada, releasing in January 2022. The single takes a cynical approach to the very real problems many young people face in a fast-paced and over-glamorised city like London. Speaking on shady landlords, who don’t pick up their phone when there’s issues in the house, to barely getting by despite working several jobs at once. The stark contrast between attempting to escape life’s circumstances by partying and glamorising the idea of London and the crushing reality of a deteriorating state of mental health is portrayed with lyrics like “all this but it’s London luv, this the dream? Fuck, I was wrong. Crying through my sleepless nights from bingeing drinks to foreign drugs, landlord wants us out […]”. Ivohé has since worked on her mental health which acted as a catalyst to processing her experiences through music.

“London luv x to me was a very scary song to write. The song was co-written by Henny Knightz, someone who has known me a long time and has seen me throughout different life stages. It helped me to have someone else write about the things in my life that I had no real words for. The line with only-fans especially. I was hesitant to put all this personal information in a song, which could be interpreted in many different ways. I never followed through when I started my only fans, but I had often attempted to enter sex work as a means of making quick money. But that shit is hard and you have to be emotionally prepared and dedicated to make this a source of income.

Growing up on the internet, sex work is glamorised a lot and the idea of ‘quickly making some money’ thorugh things like OF or even quickly finding a sugar daddy are implemented into young girls minds, ignoring the hard emotional labour that goes into actually being a sex worker. This is a topic often told one-sidedly, appropriating sex work culture without actually having to live it yet SW is extremely stigmatised, with workers being silenced to barely having any rights and protection by the goverment. It’s fucked up. A city like London will do that to you though. If you’re financially struggling, as a girl especially, you’ll think of going into sex work to survive. I had other sources of income like being a waitress or working at a night club, but it was tough to juggle so many things at once without any financial stability. I hope this song will be relatable to other young people out there.”

Ivohé on the video: ‘(Trigger warning: self harm) “I wanted to try and portray my London experience as authentically as possible, which is why I used old footage of me and my friends from my time there.”

I tried emulating feelings of despair and restlessness, mixed with fun and nostalgia, because that’s what London is to me.

“What’s been truly challenging is putting myself back into that mindset of actual insanity that I felt towards the end. I would have breakdowns every other day because I felt paralyzed, unable to change my circumstances. In the video I purposefully put tape around my nails, referencing self harm. The tape is supposed to keep me from this. The set around me is made of plants and rosaries, candles and pictures of my family, as an attempt to keep me sane and grounded.”

NBJ: “For the ‘london luv x’ video I drew inspiration from the earlier Hype Williams music videos, in particular the one for Missy Elliott’s ‘The Rain (Supa Dupa Fly)’, which, I have to admit, am lowkey obsessed with. I think the impact of the videos he made during that era for the likes of Missy, Busta Rhymes and Aaliyah, can very much be felt to this day. What made that style appealing for ‘london luv x’ was how it aligns with the cynical but humorous nature of Ivohé’s take on her London experience.”