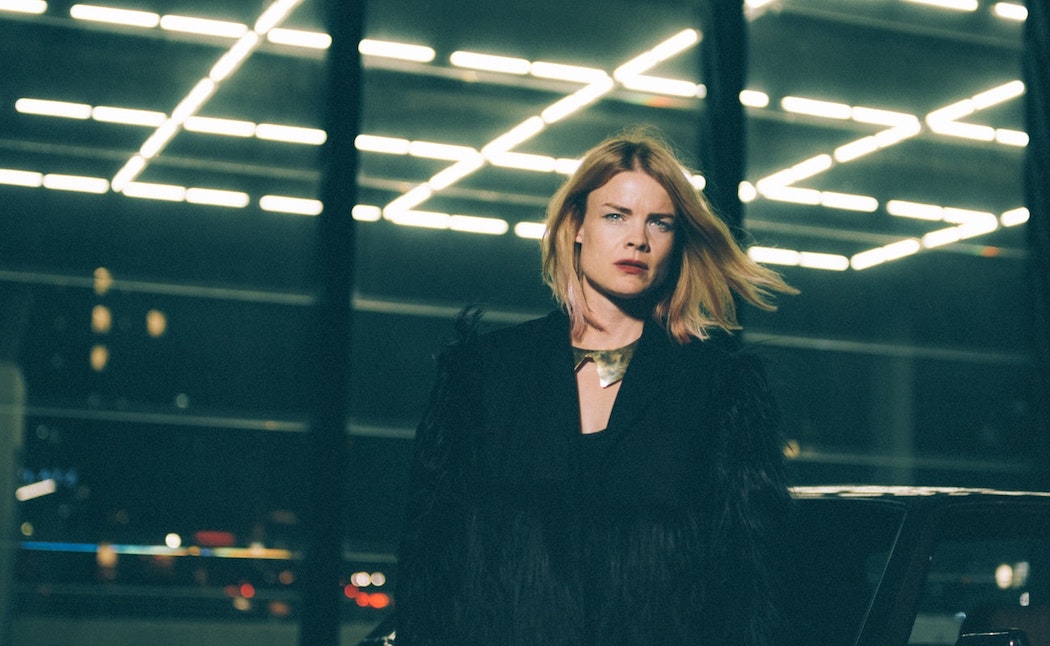 Dresden born and Berlin bred firecracker Jennifer Touch releases the politically driven track ‘Attic’ taken from her long-awaited debut album ‘Behind the Wall’, due to be released via FatCat on 1st May. ‘Attic’ focuses on Jennifer’s memories and observations made from her upbringing. “My parents were GDR flower-power children, forced to live in a repressed society, behind the wall,” she explains on the track. “The song just came out of me and whilst writing it I realised why I make music and where it comes from. It comes from my childhood in East Germany. It comes from that attic.” Equally at home on and off the dancefloor, it’s wave-kissed dreariness dripping with cold sensuality is both vibrant and brooding. Showcasing her unique sound in the saturated world of electronica, Touch successfully draws from electropop and disco influences, combining 80’s vintage synths with industrial soundscapes, delivered with a visceral post-punk snarl. ‘Attic’ comes complete with a lo-fi video directed by self taught film maker and photographer Glashier, who perfectly captures the concrete kingdom that is Berlin.

As a child, Touch was led to believe all the melodies in the world had already been used, rendering being a musician futile and pointless. Ignoring the bollocks, her desire for self-expression through music prevailed, and after the wall came down, her musical tastes expanded beyond 80’s pop, embracing the bleak and rough techno of Berlin’s burgeoning underground. Crucially, there were machines out there that would enable her own creations, and these childhood revelations represent the processing of memories and observations made from her upbringing in East Germany. Her music will always relate to the social climate of that time, or at least what is left of it when filtered through a young and naïve mind. You’ll rarely find an artist today so devoted to sound or as deeply immersed in the affective reverberation of old synths. Creating a safe space for herself and for others to sink into is more a need than a simple desire, because to Touch music is like life – incalculable, rich in experience and emotion, and most of all unlimited.

The influences behind ‘Behind the Wall’ are sometimes easy to hear. Introduced to 80’s pop and new wave via her father’s extensive collection of Human League, Karat and Duran Duran, she honed her trademark sound with the likes of The KLF, Karen O and PJ Harvey motivating her early productions. The results led to releases on Catz ‘N Dogz’ Pets Recordings and Lunatic Records, as well as making regular appearances on Riotvan, the Leipzig-based record label run by Peter Invasion and co-owned by Panthera Krause.

‘Behind The Wall’ will be released May 1st, 2020 via FatCat Records. Pre-order it here https://fatcat.plctrmm.to/attic