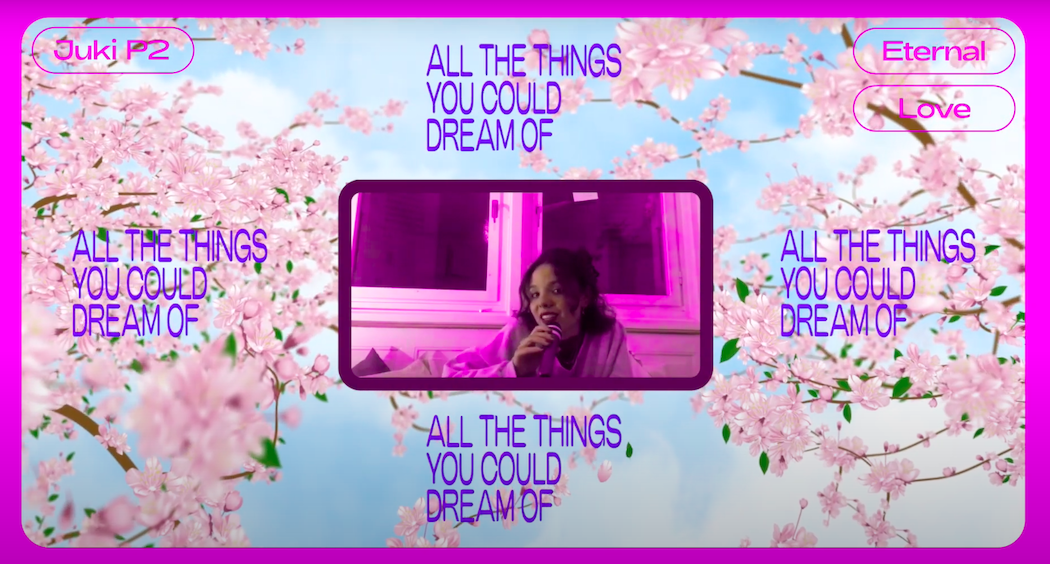 Newly formed audiovisual project Juki P2 release their first single and video for ‘Eternal Love’. Comprising of Swiss artist Pamela Méndez in cooperation with Tim Walsh (The Stepkids/ Stones Throw Rec), the artist and Graphic Designer Tobias Bolliger, DJ Kid Silly, and Adrien Guerne (Los Orioles), Juki P2 is an exhilarating and energetic production rooted in pumping house vibes and playful bedroom-pop beats. On the debut, Pamela says, “Initially [‘Eternal Love’] was just a song about concepts human beings use to escape the complexity of reality. I just wanted to put a finger on the fact that easy solutions don’t really exist but in a way that is fun and I feel like dancing to!”. The video for ‘Eternal Love’ is set within an idyllic virtual environment boasting lush, green landscapes filled with majestic horses and delicate cherry blossoms. Ah, for a place like this to exist. One can dream!

Yannick Mosimann on the video says, “It was a pure experiment. We never worked together but I really liked the song and Pamela and Tobias as artists. I programmed the video game world, Tobias was in charge of the Motion Graphics and Pamela contacted the actors. We did this in 2 weeks. I really like how this is about escapism but giving me a healthy and positive vibe!”

Pamela Méndez made a name for herself in Switzerland as an extremely versatile singer and songwriter and music producer. She is also known for her activism in the fields of gender equality and equality in general organizing events, and workshops in her hometown, Bern Switzerland.

With Juki P2 she breaks the borders of the common band setting collecting the broken pieces of her musical past out of which she’s creating a futuristic soundscape. Communicating a unique, yet hopeful vision of a society, and human relationships in her lyrics. A vision that grew simultaneously with her passion for the thriving and pumping energy of Juke and Chicago Footwork music.

Taking it as an inspiration rather than a target, she combines it with ambitious and sophisticated songwriting, ranging from 80- 160 bpm. This has helped her to find a world of her own. Juki P2 is influenced by warm indie elements and hand-clapping components, all tied into the aesthetics of House, Breakbeat, and 80s. Futuristic psychedelic Soul-Pop could be a way to describe this music, but it’s just scratching the surface of what Juki P2 is creating. A well-organized acid trip in a hotel in Las Vegas would be easier to picture.

Another catalyst for the captivating energy and sound of Juki P2 is New York-based music producer Tim Walsh, part of the legendary The Stepkids. Having found each other through the randomness of the internet, Pam and Tim worked on the postproduction and mix of 12 Songs in 14 Days, resulting in an intense studio session in New York that will see the light of day within the next year.

This body of work is compiled of songs that Pamela wrote and pre-produced with the help of Adrien Guerne in her studio in Bern. Dan Edinberg (Anderson Paak, Reyn Hartley) and Samuel Reinhard aka WILDLIFE! (Santigold, Popcaan, Lilly Allen) could see the grass growing and hopped on board as co-writer and co-producer on a couple of songs. No doubt, Juki P2 is a magic expedition whose first steps started in Pamela’s soul and was transformed into musical emotion through the bits and bytes of her laptop. 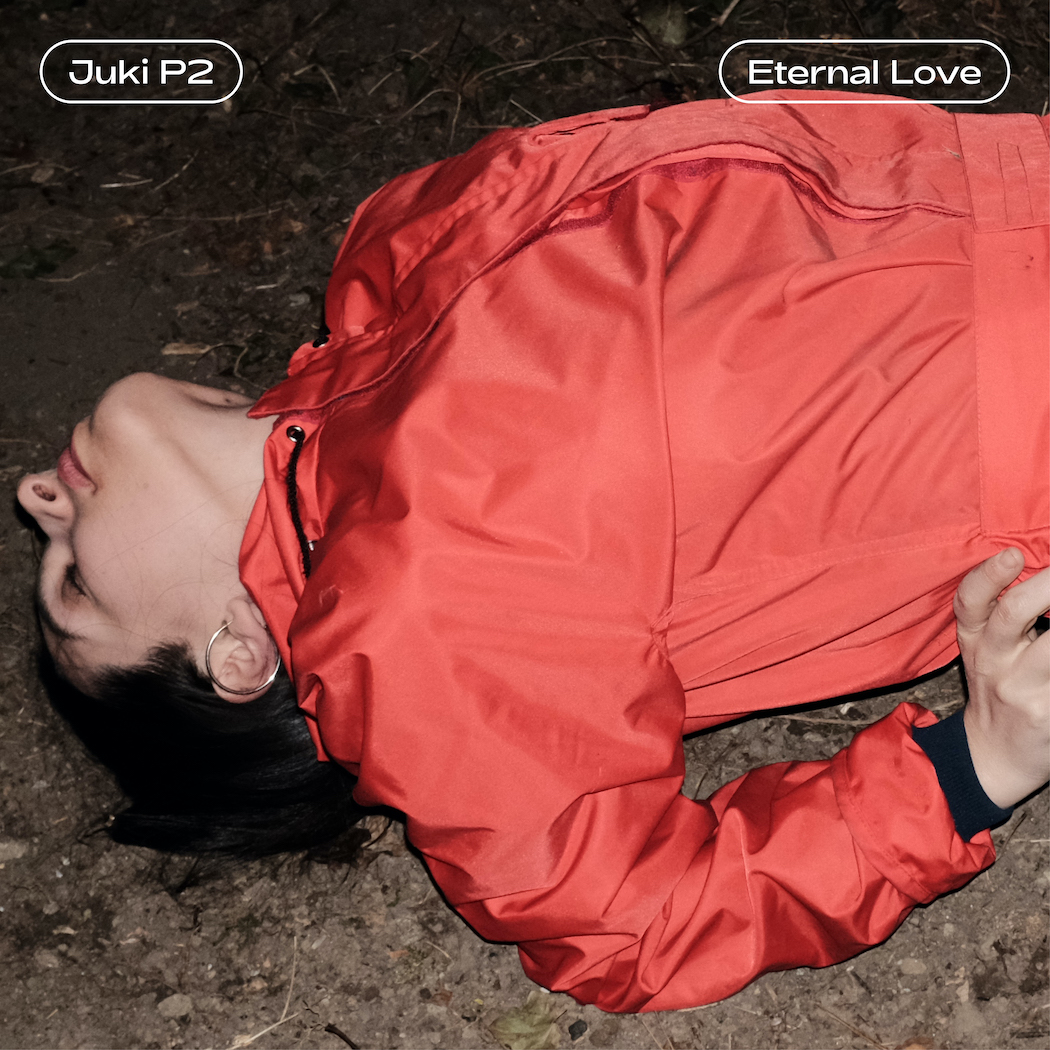