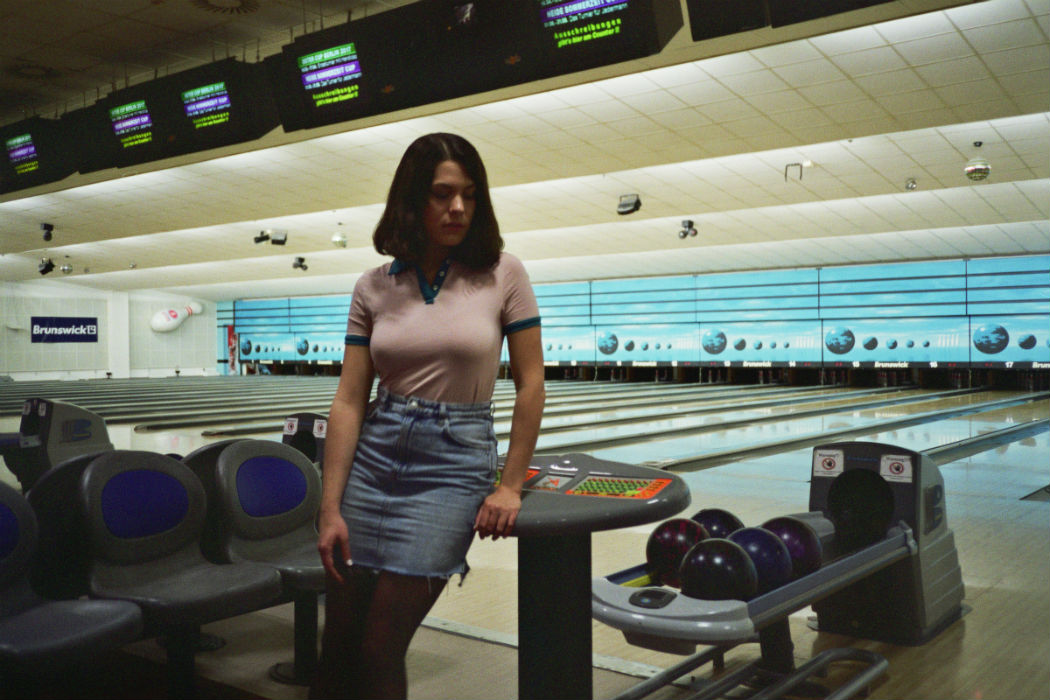 In her newest single ‘The Body’ JYLDA, (aka Berlin-based singer, songwriter and producer Gianna Gehlhar) is taking it slow. With her soft yet raspy voice, almost whispering, she tells a story about attraction doomed to end badly… “I come from opera, I have a soft spot for really dramatic love stories.” Explains JYLDA of The Body’s video, “The idea here was was to break with the song’s dulcet tone. In the outro of the piece there’s a xylophone part. It’s the mellowest part and we both that this would be the perfect spot for a dark climax. I used act and I always thought that it would be great to kill someone on screen… There’s a sweet and mellow quality to the song and we wanted to break with that. If you listen closely though I think you can feel a bit of darkness from the very beginning…”

The video’s reverence for the bowling world is inspired by The Big Lebowski with the main difference being that the habitat for this story is a West German bowling alley from the 90s as opposed to the slick 50s backdrop for the Dude’s league games. The music video’s little love story has a naively cheesy feel to it reminiscent of Twin Peaks. This romantic world, however, abruptly drowns in the splatter of a violent, surreal ending.

I simply wanted to make something naïve, sweet and violent. It’s weirdly reassuring to watch a bunch of very serious people getting loads of joy out of throwing a heavy ball over and over again in the same direction.