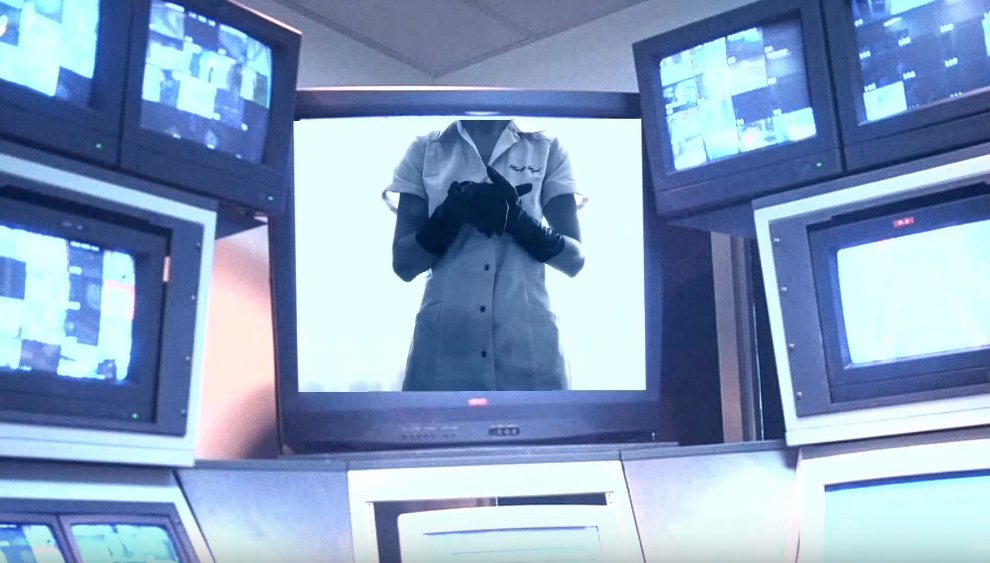 Kat Koan is a Berlin-based artist with an overload of passion for expressing emotions that have been pent up for a little while, through music and visuals. That urge to create was only unlocked after an unexpected and somewhat life-changing experience. Today Kat is releasing the video for her new single DOCTOR. “I’d like to use to raise awareness for mental health issues. It’s the first time I made a video all by myself out of necessity!” #weloveit

GET THE SINGLE HERE ingroov.es/doctor-zu

Her debut album LUSTPRINZIP combines sound influences from both Berlin and London and contains 9 songs that evoke strong mental images, songs that make you feel something. They are honest accounts of personal experiences, wrapped in intense instrumentals. This caught the attention of Dean Hurley, who is best known for his work as David Lynch’s Sound Supervisor. He offered to mix the album and helped to get the best out of the songs by adding his moody fingerprints. If you wanna support Kat making music and visual art… You can do it via her Patreon page

About the new song, Kat says: “We had planned to shoot this video in a hospital ward in the town where I was born, with a film crew, a male model strapped down on a mobile hospital bed and me wheeling him through the hospital, feeding pills.

The arrival of COVID-19 meant hospitals were needed for more pressing things. I was pretty down until I decided not to be beaten by a virus and not to wait for anyone to help make it happen. I simplified the concept (gutted about missing out on the hot male model, but hey) and filmed myself on the iPhone 8 selfie camera and edited on an iPhone app called Videoleap. It’s a pretty intuitive app and it only took me a couple of days to learn how to use its features. It’s a little fiddly on a small screen and it means that the video is a bit rough around the edges but I wanted to express the mood rather than aim for visual perfection.

The only props available were pills, black rubber gloves and a fancy dress nurse costume that I still had in my wardrobe. And a kick-ass red lipstick. I also used footage of a hospital corridor that I shot on my phone when I was on a recce to look for a hospital location for the original shoot idea. And I downloaded a stock image of hospital monitors where I over-layed and masked the moving images that I had shot on the phone in my living room. It’s not as good as working with a lighting cameraman, hair and make up artist and motion graphics designers but it’s super liberating to just DO it and express thoughts musically and visually.

The mental health topic is very close to my heart as I suffered pretty badly from depression a few years ago.. (never thought that would ever happen to me coz I’m generally a happy go lucky and pretty tough kinda person… but it did knock me sideways). The treatment plan involved a 10min chat with a doctor and a stash of pills. I found it odd to treat something that goes so deep in such a superficial manner and luckily found other ways to get over it and emerge as a much stronger, more grateful woman. That’s what made me want to write this song in a dark humour kind of way.

This situation we’re all finding ourselves in right now will surely affect us mentally and it’s totally normal and okay to feel vulnerable. But I also think as artists we have a chance to express what we feel and find ideas on how to make things happen. The worst thing we can do is to surrender and feel sorry for ourselves. That’s just way too easy!”