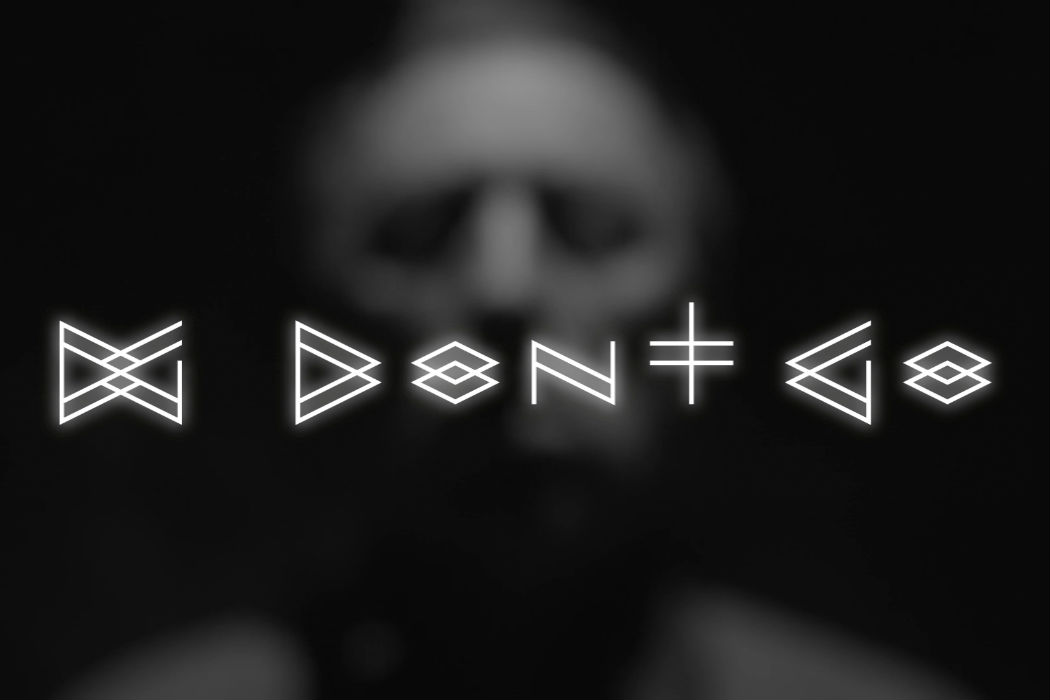 After the great KOBOI EP and the internationally acclaimed song and videoclip “It’s Happening”, the transmedia artist KnoR presents his new project entitled “Don’t Go”. The 3 tracks music release features a music video and a mobile app. As a modern storyteller, KnoR reaches from pop music to virtual reality (VR) to spread a message of freedom. No less. Today KALTBLUT presents KnoR’s video for “Don’t Go”, written and co-directed with Berlin-based filmmaker Xaver Xylophon. As KnoR explains, the project is “the first of it’s kind to combine pop music and virtual reality in a transmedia storyline”. We had the chance to speak to the electro singer songwriter to ask him further about the “Don’t Go” project, including his VR application developed with the computational artist Mativa.

KALTBLUT: This is the first Virtual Reality music app launched in the EU, correct?

KnoR: Few musical artists like Björk, Squarepusher or Rone came up with cool VR-experiments last year, focusing mainly on 360º music videos. “Don’t Go” goes beyond that and intends to take the user on trip that is told between different media. As such it is, as far is I know, the first project that combines pop music and virtual reality in a transmedia storyline. So yes, the project is a “first of kind” in many ways. It opens doors for new narratives in pop culture. I hope that it will encourage people to think of the topics I point at in the song, the video and the app ant that it will inspire creators to embrace new technologies to spread beautiful messages across the world.

KALTBLUT: Why a VR app? And why for this particular EP?

KnoR: Well you know, media is the message and technological breakthroughs largely influence how we get exposed to it. We are entering the “Year of Virtual Reality” with major companies launching new platforms that will change how we will see the world, real and virtual. Basically, long term or short term, VR is the future.Last summer I went to see the show of my friend Mativa aka Matthias Moos. He was presenting his audiovisual generative piece “The Purest of All Sounds”. The effect on the audience was dazzling. The synchronicity of his visual and audio material had a strong immersive effect. In a few seconds the whole audience was completely focused. A moment of bliss. That’s where the idea of VR came to my mind. One core topic of the project is a reflection about the resurgence of propaganda and the spread of fear in modern societies. The VR application adapted from Mativa’s masterpiece is intended to offer a digital hide-away, putting the user in an immersive space where his brain gets total distraction. Maybe the user is having a great time and he’s able to forget his fears for a moment. A moment of bliss, that’s what we are hopping for.

KALTBLUT: So this is only one component of a greater narrative that you’re working on?

KnoR: I am a huge fan of Pink Floyd and Quentin Dupieux. I admire how they used audiovisual media from the 70s until today.They were and are great at creating unique fictional content around their music.Now, we live in the 21st century. Technological advancement and innovative minds have developed mobile and connected platforms that bring a movie theater, a Hi-Fi system and a game console in almost every pocket of our society.I like to see myself as a storyteller using a new kind of “pencil and paper”. “Don’t Go” is a song, a movie and an application for VR. Every media has a singular path and together they converge in simple story tailored for mobile and connected platforms: The lyrics of the song “Don’t Go” reveal the core topic the story: a short message of love against nations and borders. The new music video gives depth to the lyrics of the song “Don’t Go” and depicts a surrealistic and nostalgic dream where I look back on the past and question the future and the fate of freedom. I wrote and co-directed the movie with Xaver Xylophon and I hope we can feel this very intimate message about Identity floating through the sound and the images.The app is presented as a naive solution to the societal topics I point at. The digital hideaway allows to refrain daily propaganda and to forget our fears for a moment. It intends to open a new and unique perspective on the world to the audience.

KALTBLUT: Do you think more musicians will use this format soon?

KnoR: As cited above lots of musicians have focused and/or moved to other kinds of media before. Personally, I think that, as an artist in general, there is lots of potential in the development of such transmedia stories. I would rather spend another 6 months developing such project with lots of interesting people than focussing on a complete album by myself. It’s just much more fun and you learn a lot, which is amazing.

KALTBLUT: What are your predictions as to where all of this could go in the near future?

KnoR: Media technology is moving so quickly these days. It’s hard to tell. They will continue to influence how we create and how we consume media and music. Maybe I’ ll have a closer look to augmented reality for the next release.

KALTBLUT: What can we expect from KnoR in the coming months?

KnoR: I will be touring Europe with Mativa this year. The tour is called “Borderline Syndrome” and will offer a unique live setting of audiovisual performances and interactive media installation. It’s going to be freaky. We will stop in Berlin at Kater Blau on February 13th and hope to see lots of our friends. You should come as well. The next EP is almost ready. I am working on more video content and on a project of side performances and buzz marketing. It’s going to be rather political, again.

The generative application for Virtual Reality immerses the user in a world where the synchronous evolution of soundscapes and light allows his mind to wander in a deep and surprising experience of audiovisual perception. There is a place between noise and signal. The user will need Google Cardboard or similar VR Viewer to use the application. The application is optimized for iPhone 5s, iPhone 6, iPhone 6s and equivalent.