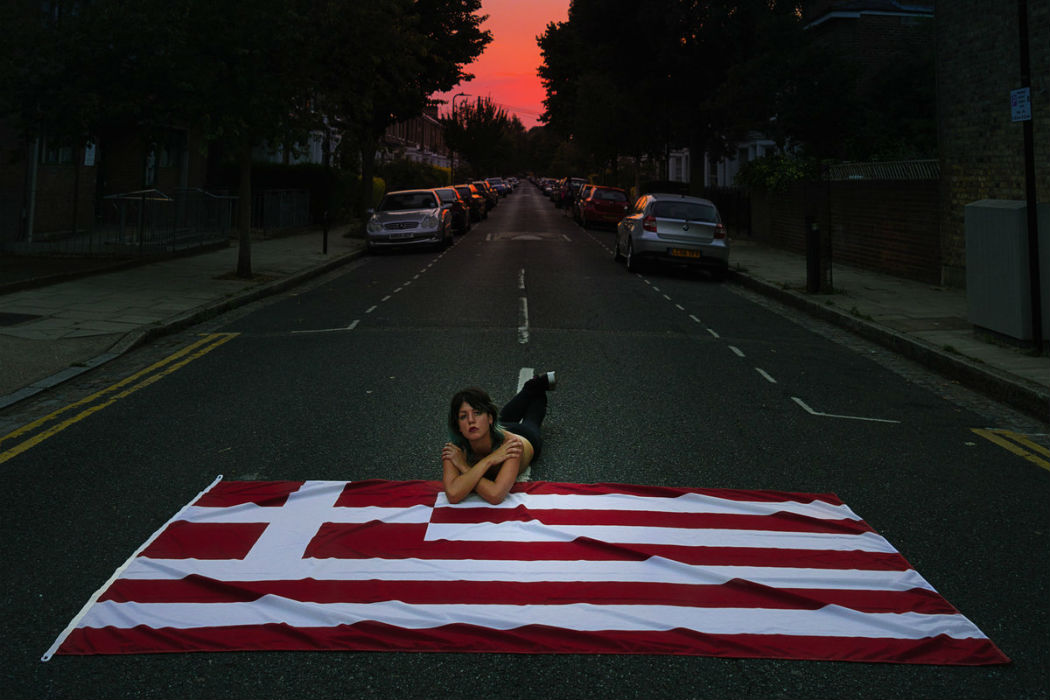 The Cypriot-Australian electronic artist Krista Papista returns to her roots with her latest visual instalment. ‘Aman Aman’ documents the workings of a gang of girls who migrated from Greece, Cyprus & Afghanistan to London. They are a fictional modern, sexually liberated neo-nationalistic group with this song being their national anthem and the Red Greek flag as their banner. The girls like to think of themselves as heroines, others could say they are delusional. The song is red as a manifesto, a hedonistic protest, a Greek punk prayer; it directly confronts and ridicules nationalistic political parties, such as the “Golden Dawn”.

Krista Papista on the video for ‘Aman Aman’
“Last summer I was watching videos of the Golden Dawn; a Neo-Nazi political party in Greece; I found them ridiculously decadent, to the point that the tragedy becomes an unpleasant cinematic comedy. I then went on holiday in Mykonos and I kept having visions of a Red Greek flag which became the main symbol of this project. Two main inputs in this video were by Steven Noble (Trainspotting/ 24 Hour Party People) & Lorena Pages; Steven designed the costumes for each character with his iconic aesthetic, Lorena mastered the cinematography and illuminated the vision of AMAN AMAN. Eleni Miariti is the leader of the gang who was nominated with the title of Miss Greece in 2011 – 6 years after she is an actress in London representing the Red Greek flag for AMAN AMAN.”

Aman Aman is out now