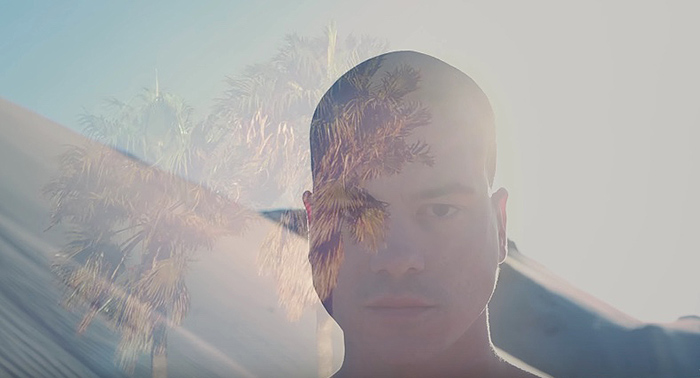 German electronic post-punk duo, Lea Porcelain, return in a dreamy desert haze releasing the music video for their new track ‘Bones’, and a series of residency shows across London, Berlin, Paris and Hamburg. Made up of band members Jullien Bracht and Markus Nikolaus, Lea Porcelain, first unleashed their genre bending debut EP ‘Out Is In’ in summer 2016, which secured them numerous tracks of the week, industry accolades and local music scene buzz. Their new single ‘Bones’ is no less ambitious or eye catching, existing on the brink of a new dawn, full of cinematic echo filled soundscapes and internal revelations. “This song is a human confession facing the fact that we can’t shake off who we are, who our family is (‘Bones’) or denying where we come from, where we go to and who we fall in love with. No matter if healthy or destructive, no one is born or falls in love by choice.”

Written in Berlin, the band now base themselves in FUNKHAUS – a Berlin broadcasting house created under Soviet supervision, and which now houses the world’s biggest recording studio (even bigger than Abbey Road’s Studio 1). “Julien recorded drums in Frankfurt and travelled all the way to Berlin where I was staying,” Markus recalls. “Recording it was very intense but a lot of fun. We just imagined a big crowd of people standing in front of us that we would sing to. We wrote two songs that night and I was a bit out of my mind and we couldn’t quite realise what we had just created.” He goes on to add, “I was about to lose my home and my girlfriend that night but it was worth it in the end as this became one of our strongest and most loved tracks of the record.”