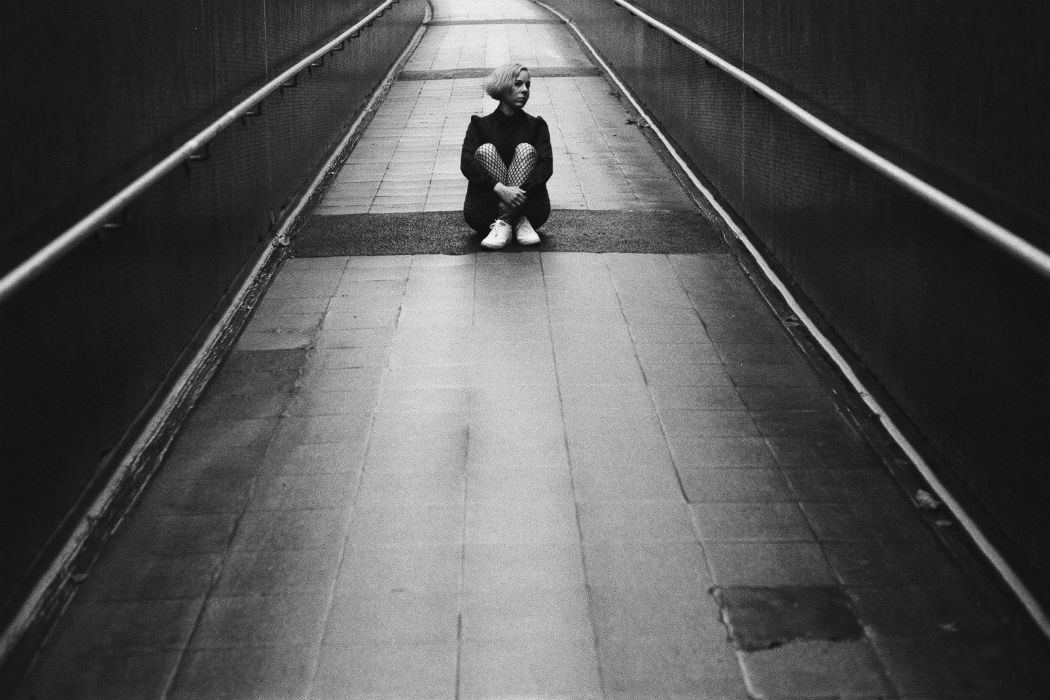 A pioneer of experimental electro-pop, Lia Mice delivers the highly creative and deeply atmospheric album ‘The Sampler As A Time Machine’, released on Optimo Music on 9 November 2018. Crowned as “one of the pioneers of experimental pop”, the London-based Producer, DJ and Instrument Designer draws inspiration from electronic pioneers BBC Radiophonic Workshop and Laurie Anderson, along with hardware live performers Laurel Halo, Karen Gwyer, and Container, plus artist-researchers Holly Herndon and Atau Tanaka. Taken from ‘The Sampler As A Time Machine’, the richly textured single ‘Marconi’s Eternal Tone Cloud’ is inspired by Lia’s interest in time travel and how the human brain perceives time from moment to moment; how people can experience overlapping time; and how we interact with our past and future through memory and imagination. “In keeping with the theme of the track, I wanted the video to tell a story of seeing into past events that happened in a location,” explains Lia of the video, “So one afternoon I invited Vasiliki Papapostolou, who is a dancer and choreographer, to go to Greenwich Tunnel in South London and shoot a video guerilla-style. We had a lot of fun playing with the idea that her character is in the past and mine is in the present.”

All eight tracks found on ‘The Sampler As A Time Machine’ carefully fuse new wave, experimental electropop, techno, and industrial music with vibrant production to create a sound which is completely fresh and exciting. The kaleidoscopic and experimental-dance tracks are thematically based on an artist talk and live set which Lia Mice premiered at The Tate Modern earlier in 2018. The album also showcases some of the instruments that Lia Mice has designed herself, including a voice-controlled one-handed violin and a reel-to-reel tape machine hacked into a digital tape looper.

“My new album was created from studio experiments I designed to explore how the sampler could be a time machine. The experiments were basically a list of ideas, similar to Brian Eno’s Oblique Strategies, but specific to the themes of time travel and samplers. Some of the experiments resulted in a track that ended up on the album and some didn’t, but by creating these experiments it helped me begin each session with a new approach that I had never used before.”

“The experiment that resulted in the track ‘Marconi’s Eternal Tone Cloud’ was influenced by a story I read about the inventor of long-distance radio transmissions, Guglielmo Marconi, who apparently believed that every sound ever created still exists but at a volume too low for us to hear. This is scientifically impossible, but he didn’t think so and he wanted to design an instrument to listen to all the faded sounds of the past that he imagined surround us like a tone cloud. After reading this story I came up with the idea to create a track using my samplers that would be like navigating through Marconi’s eternal tone cloud, listening to the different sounds mixed up in there and overhearing sounds that had once been created in a specific location.”

‘The Sampler As A Time Machine’ is out 9th November 2018 on Optimo Music
Pre-order here: https://kompakt.fm/releases/the_sampler_as_time_machine