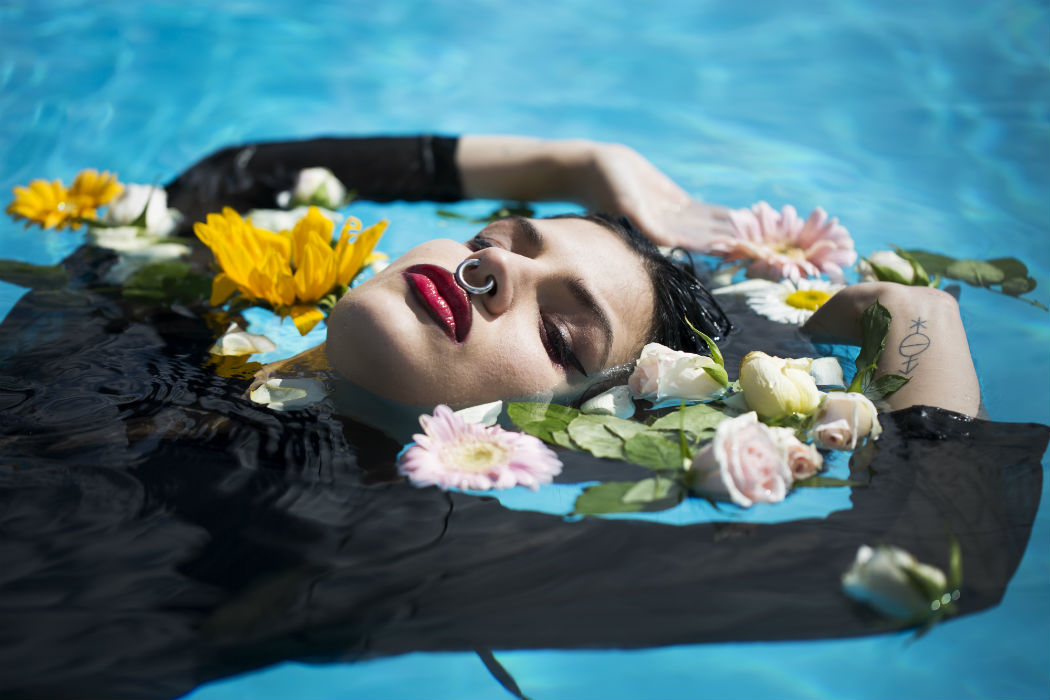 Swedish-Peruvian Lizette Lizette releases the deliciously gothic-tinged pop single ‘Void’ alongside stunning visuals by Stockholm-based Izabella Englund. Described as if “Enya went to Berghain”, ‘Void’ touches on the constant struggles and rejections faced by artists, as they ultimately end up deep in the abyss. The single comes as follow up to the non-binary artists’ debut album ‘Queerbody’, steadily picking up a dedicated fanbase in Sweden, Germany and the US, among them the New York club legend Susanne Bartsch. Close your eyes, take a deep breath and enter the ‘Void’ below.

‘Void’ is a response to taking a step back and not giving a damn anymore. After having tried regression therapy, sessions with spiritual mediums, and good old-fashioned psychiatric care, Lizette finally cracked the code singlehandedly. Stop caring so much, stop trying so damn hard. During all these years, they had taken music far too seriously, almost making it a matter of life or death. Something which killed the passion for it and began to make it all about accomplishments and validation.

The vision for my whole upcoming album, this track and the video is ”If Enya went to Berghain”. I wanted to take Enyas airy and swallow sound and combine it with a darker, sexier club sound, and also reflect that in the video. So I took myself, my best friend and muse Butcher Queen and put us in a pool. Cause somehow I always think of water and turquoise colours when I listen to Enya.

Lizette, since the very beginning of their career, has included their creative club kid-posse in videos, release parties, performances and designing of merchandise, something that is very noticeable in all of their very visual music videos. After years of playing in bands, Lizette finally decided in 2009 to study music production at SAE Institute in Stockholm. That resulted in the release of their Eurodance-inspired EP ‘Raveland’ in 2012. Ahead of the release, they decided to move to east London to launch the EP on their own. When in London they started listening to a lot to old EBM and New Beat which lead to their moving back to Sweden to try to find a new sound for the upcoming album. Years of depression delayed it all and it wasn’t until Nicklas Stenemo (Kite, Melody Club, Nicole Saboune) came into the picture that they completed the debut album ‘Queerbody’. To work independently has always been a big deal for Lizette. They have always written, produced and launched all of their music on their own. But of course, with a lot of help from all of their fabulous friends.

Lizette is ready to independently release and promote several singles and videos, and finally the second album, ‘NON’, which will be released at the beginning of 2019.