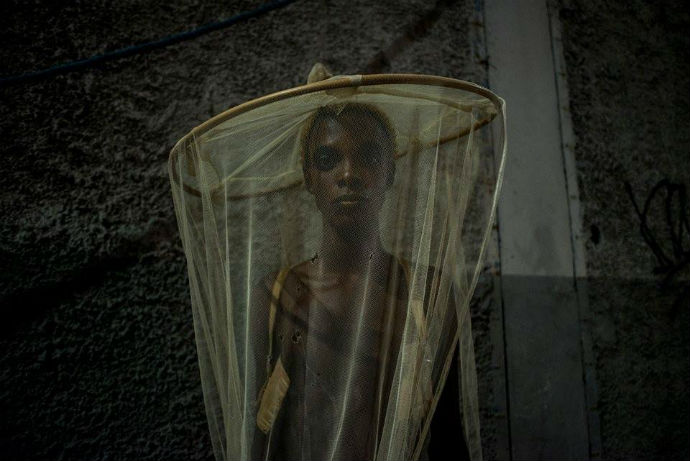 Manu Louis is a Belgian composer and performer of experimental chanson, influenced equally by pop, jazz, 8-bit electronica and 20th-century classical music. In the wake of his new debut album ‘Kermesse Machine’, he is embarking on a tour of the UK, France, Germany, Belgium and the Netherlands. As a taster for the album, Manu is sharing the track ‘Sylvie Reviens’ with a video made by award-winning Brazilian filmmaker Dacio Pinheiro. The clip was filmed on location in Brazil and Germany, and features drag queen Aretha Sadick, who is one of the most remarkable artists of the young queer generation of Brazilian performers. She is the muse of Brazilian fashion designer Fabio Kawallys, who made the outfits shown in the sections shot in São Paulo.

The use of contrasting landscapes, countries and times of day are intended to evoke a sense displacement, dislocation and abandonment, a love that transcends gender boundaries, yet still has to pass away. The director explains the inspiration behind his choice of location for the Sao Paolo scenes, “The anthropologist Levi-Strauss once said that the city constantly reconstructs itself from its own trash. Aretha dances her heart out amongst the inner city debris of the Santa Cecilia neighbourhood in Sao Paolo, as it is about to give birth to a new version of itself.”

In 2016 alone, Manu Louis brought his energetic and unpredictable one-man show to over 100 venues and festivals, spanning 22 countries throughout Europe and Asia (including Contra Pop Festival, Pod’Ring, Gaume Jazz Festival, Botanique, Berghain Kantine and Fusion Festival). Following his work for the 30-piece Orchestra ViVo and for string ensemble O.C.L. in 2017, Manu is embarking on a huge tour across Europe.