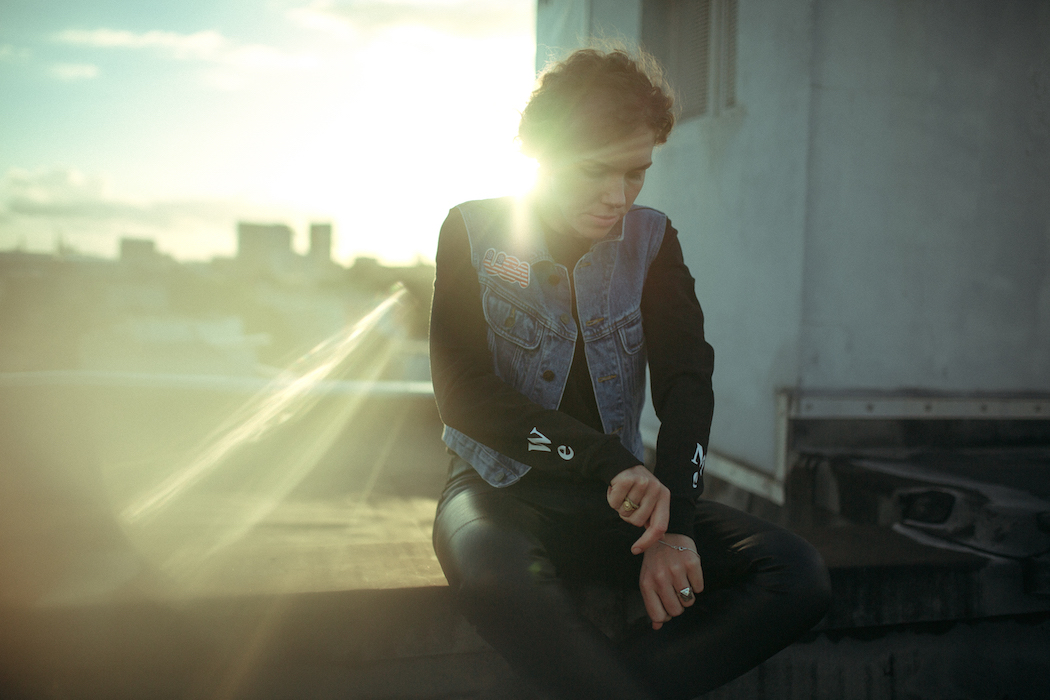 Today KALTBLUT presents a video just in from Berlin’s SUOL collective, the team that includes Fritz Kalkbrenner, Chopstick & Johnjon, Till von Sein and the talented Meggy. ‘Liebe’ is the thumping new track taken from Meggy’s latest solo EP, ‘Two Thirteen’. The word “Liebe” is one of the few German words people all over the world know. It is also the title of this EP’s opening track but this one is by no means lovey-dovey material. A heavily saturated, slightly breaky drum machine groove and pitch-bent synths team up to energetically carry Meggy’s vocals about the tougher side of love. Filmed at Berlin’s IPSE venue, you can fall head over heals with the gorgeously strobe filled visuals for ‘Liebe’ below.

“Of course the lyrics to ‘Liebe’ stand in contrast to the title.” Explains Meggy. “Me, personally, I wouldn’t associate the lyrics to the feeling of love but that’s not the point here. The words are provocative. They trigger strong feelings which might seem discriminating towards women but the intention is the opposite. There’s a strong woman that won’t be subdued. Besides that I’m fascinated with the power and aesthetics of language. To speak about what many women have to face regularly might be tough for some but it’s paramount to me that it’s being discussed.”

Meggy’s career has been progressing at rocket pace since first hatching the idea of being a DJ after sneaking into Berlin Techno clubs as a teenager. First making a name for herself on the decks, then as a featured vocalist for many big names (such as David Keno, Channel X, Ruede Haegelstein, Rampa as well as Pete Tong), and finally as a producer in her own right, she has kept on perfecting her craft. And now she is back with a brand new Meggy solo EP on SUOL.

Two Thirteen is out now via SUOL