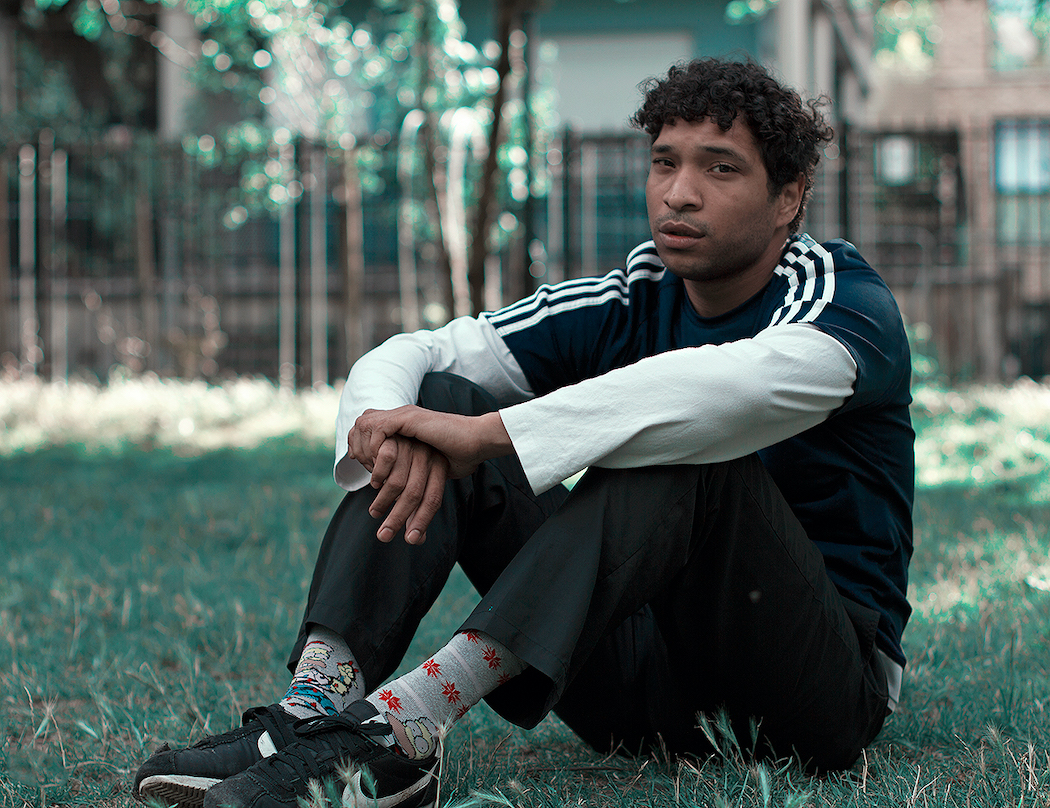 With his latest song ‘IKYWC’, London soulster Myles Morgan depicts the all familiar sinking feeling of getting your hopes up only to once again be let down. True to his form ‘IKYWC’ features jazzy instrumentation, dreamy guitar riffs accompanied by saxophone & trumpet, and a distinctive bass and drum line that completely sets like glue in your head. The structure of the song has poignant lulls and crescendos which weave between the lyrics, giving them all the more sentiment. He croons, “I knew you wasn’t coming, from the moment you said you was coming” in his husky yet melodic timbre. For the official video, director Olivia Lynch and producer Becs Rainey capture the melancholic mood in an atmospheric black and white short that was shot during the lockdown in an old church.

On the new single, Myles explains, “Just keeping the mood all the way through the song, that’s my thing really. I like to let the band do their thing and build around the simplicity. I don’t know how to play the trumpet or sax or bass very well, we just all enjoy doing our own thing and having fun. One day when I was really young me and my family were traveling back home in the car from a relative’s house, I looked through the skylight into the night sky and asked my dad what’s what in the sky and he replied the moon Myles, it’s the moon. I hold the moon really close to my heart as my dad likes to relay that story at almost every family event”.

Director Olivia Lynch explains, “For the video, we wanted to encapsulate the universal feeling of being ghosted whilst paying homage to surrealist filmmakers, including Fritz Langs ‘Journey to the Moon’ and of course David Lynch. We imagined that Myles is stuck in some kind of underworld/purgatory whilst his lover floats through space toying with the idea of returning his call. We shot the video in one day, with a tiny budget, and had an amazing team of friends who gave their time and talent to help create this weird dream world!”

Myles has been officially releasing music since 2017, his sound and lyrics paint pensive pictures of various escapades through London life. His writing style is colloquial, in both its form and execution. Myles Morgan has been described as ‘the rising voice of London’s disenfranchised underclass’, with laidback crooning vocals.

Myles possesses a hugely diverse sound for an expressive performance, which has been demonstrated with a sold-out show at the O2 Academy Islington and in reaching the final stages of Pirate Prodigy. Myles has also supported Loyle Carner at the Sound City Festival Liverpool. with support from BBC, Fred Perry & La Blogothèque.

Before the release of his first EP next year, you can catch Myles performing on 08.12.2020 at the Amersham Arms in London.