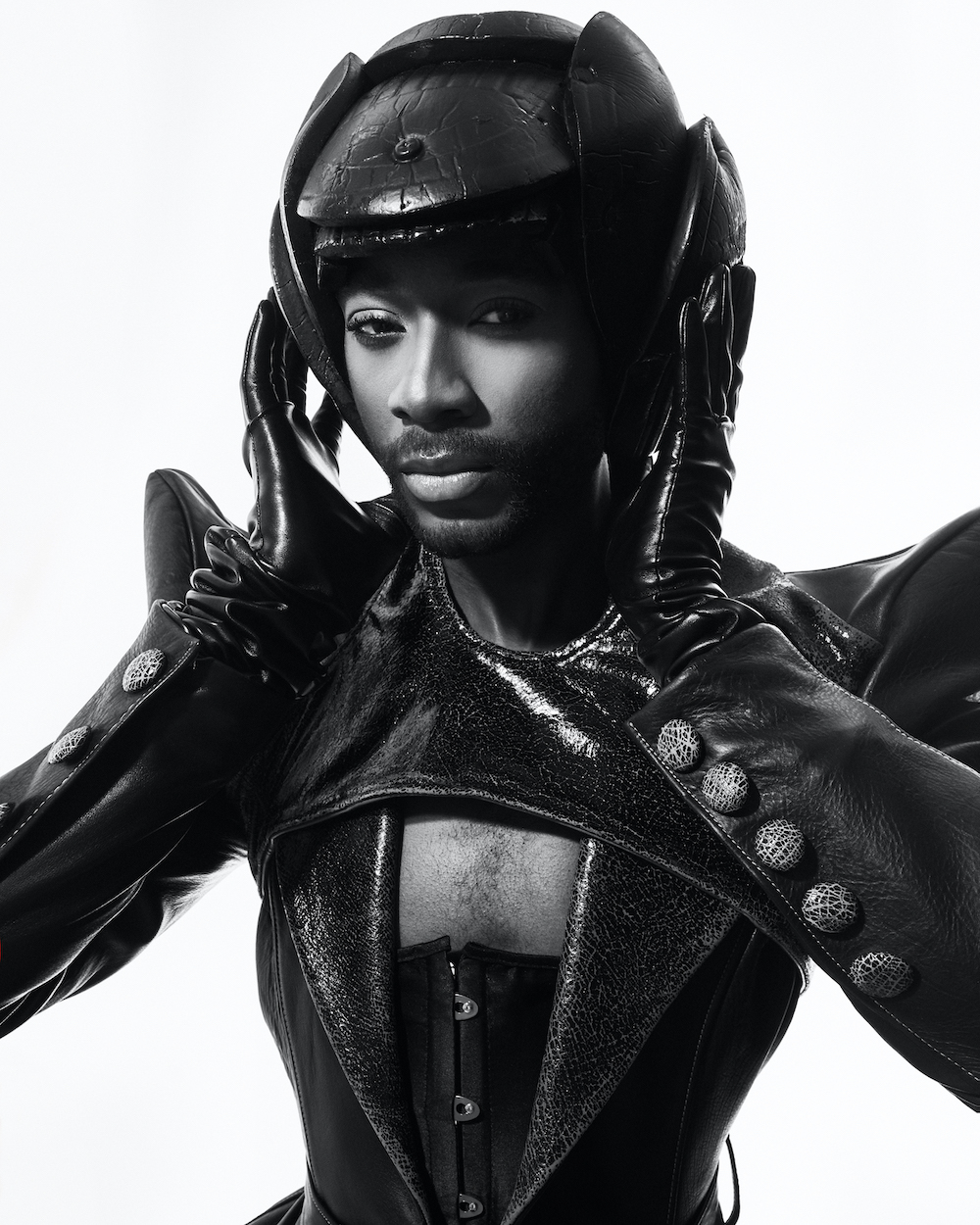 Following eye-catching rapper Neco London’s debut release ‘Custom Made Bitch’ (2020), ‘Dom Top’ is another collaboration with veteran clubland producer Warboy. Over a driving techno bassline, Neco London challenges a prevalent form of masculinity that shames ‘the fats and the femmes’ on the gay scene and dating apps, by delivering a queer shout out of support to “the queens, the femmes, the bottoms”. The leather fetish inspired video was directed by Sweatmother, an American artist and filmmaker who is resident artist for Inferno, a queer rave and arts platform in London. “Damn it’s fun to finally see people making out and expressing themselves through physicality and being unapologetic for who we are!”, they say on the video.

‘Dom Top’ is about stopping the judgemental rejection and bashing that has become commonplace in gay bars and online. It’s about time these perpetrators were called out and made to realise that their mindset is unacceptable and has consequences. None of us deserve to feel excluded, particularly within an already marginalised community.

Neco London is a rapper, music artist, and style influencer based in the UK with a genre-hopping sound spawned from the capital’s most intense underground parties and bass heavy influences from birthplace, Jamaica. Non-stop vocals; infectious hooks; and relentless techno basslines combine to create a unique soundscape to equal Neco London’s dramatic visual presentation. The provocative single ‘Dom Top’ by Neco London is out on Save Our Souls on February 11th 2022.