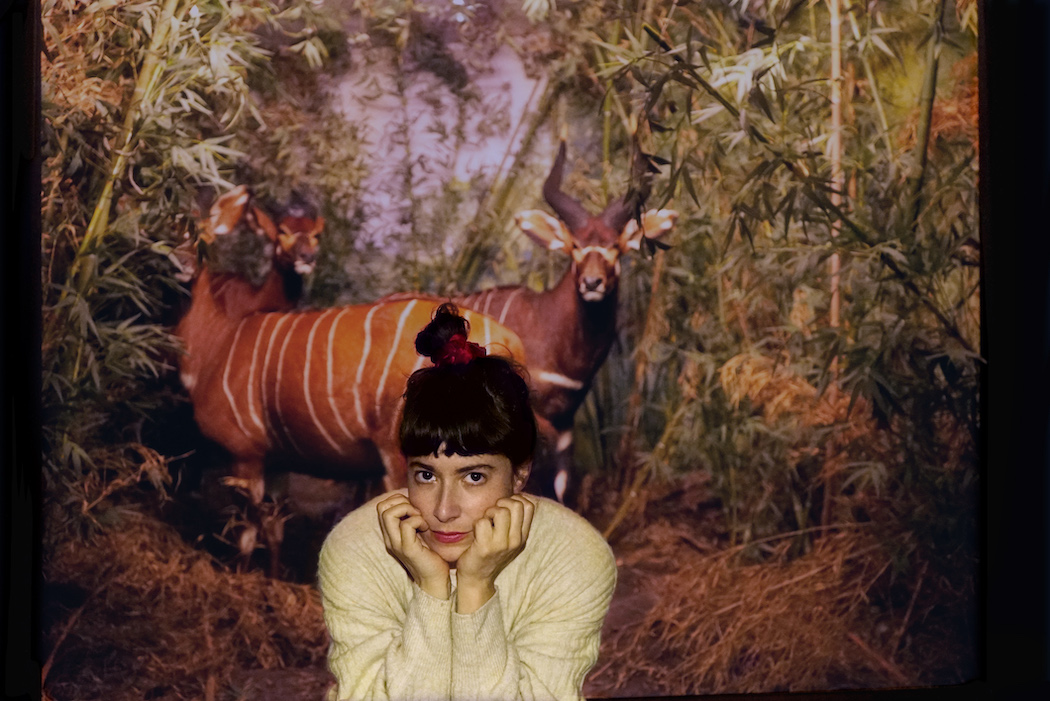 Odd Beholder, the electronica/art-pop project of the Swiss musician Daniela Weinmann, releases the official video for her latest single ‘Disaster Movies’. The single is Weinmann’s artistic extension of her political activism. Right after her debut album, she co-founded the Swiss branch of the international climate protection organisation “Music Declares Emergency”. ‘Disaster Movies’ is a comment on our decadence and our destructive consumerism. Weinmann speaks about the track: “Two protagonists recall their teenage nonchalance, how they used to wish the whole damn town would burn down. They are now standing on the site of an actual catastrophe. Now that a monstrous flood has swallowed the entire town they don’t feel an inch of glee. Disappointed in their own premature disillusion, they feel like they have entered one of the disaster movies that they used to watch. What they quickly realise is that it doesn’t feel heroic at all. Instead, everything seems dull and impractical, and terribly frightening.” The video is a collaborative effort of three women – dancer, director, musician – who allowed themselves the freedom of embracing every idea they come up with during the ideation process; not questioning anything nor each other, and allowing the whole project to unfold organically, and joyously.

Weinmann continues:
“When I wrote the song «Disaster Movies», I was terrified by the prospect of entering a historic era marked by loss of stability and control. The disaster that I saw on the horizon was Climate Change.

What I didn’t envision then was that we were about to be hit by a global pandemic. My musings about a town that was flooded by the future rise of the sea levels were interrupted by my first-hand experience of a different disaster.

«Disaster Movies» is the first video clip I directed myself, but the writing of the script was a collaborative experience. When I teamed up with the DOP Stefanie Reinhard (Berlin) and the dancer Fhunyue Gao (Geneva) to shoot the clip, we got to know each other virtually – broadcasting our bodies out of our lockdowns. Our Zoom meetings quickly felt like therapy sessions with strangers.

All three of us were suffering from the withdrawal of so many things that mattered to us: The nightlife, the public space, travel, the exploration of strangers, and unknown places. Locked into our flats, we felt trapped – so much, that we came up with the image of a ship without a horizon.

Without a horizon, it’s impossible to know where we are headed. And even though our main character acts as the captain of the ship and knows which buttons to press on the bridge, we suspect that she is just performing instead of really navigating.

This reflected how we felt during the lockdowns: We were continuing to work as if nothing had happened – without knowing what to expect or if our work would still be needed once we will have settled in a new post-pandemic reality.

I guess this is why events like Climate Change or the pandemic take a big toll on our psyche. They are so big that they question the frame within which we function; our strategies are afloat, our long-term plans are suspended in air, adding a lot of insecurity to, well, everything.

Another image that came to us during our Zoom séances was that of a vacuumed body. We were waiting in our flats like embryos as if the pandemic was some sort of societal pregnancy. We associated the plastic with the fear of germs and infections. It was an image of preservation and of sterility. But we also experienced an unexpected ecstasy while we were exploring the vacuum, a strange thrill.

The whole preparation process was nerve-racking. Stefanie Reinhard convinced me to put a strain on our budget and rent anamorphic lenses to achieve that eerie distorted look and create a lot of flares. Our friends from the film collective «parrafilms» had to obtain numerous official documents, the whole crew had to be physically examined (tested), we wore masks and gloves and whatnot. It added a lot of drama and adrenaline to the process. Bavaria went into another strict lockdown just two days after the shoot, so we had to shoot everything during one intense night.

Because of all these restraints, the night itself felt like an explosion.

After being reduced to faces on a little screen, acting out as bodies in a three dimensional space was magical. Fhunyue was dancing like a demon in the red light. Shortly after midnight, we experienced a very surreal and awe-inspiring moment. We felt as if we had channeled the expressionist set of the 1977 horror-drama Suspiria. Something happened, and it was powerful to witness. After her performance, Fhunye literally collapsed. We didn’t consider that you would really get seasick on a ship without a horizon. It was visceral.

The next day, Fhunyue and I sacrificed a voluptuous cake and let it float on the Chiemsee, just to give you an idea about what state of mind we were in after the shoot. Everything about making «Disaster Movies» was very cathartic.”

‘Disaster Movies’ is out now”: https://smarturl.it/DisasterMovies