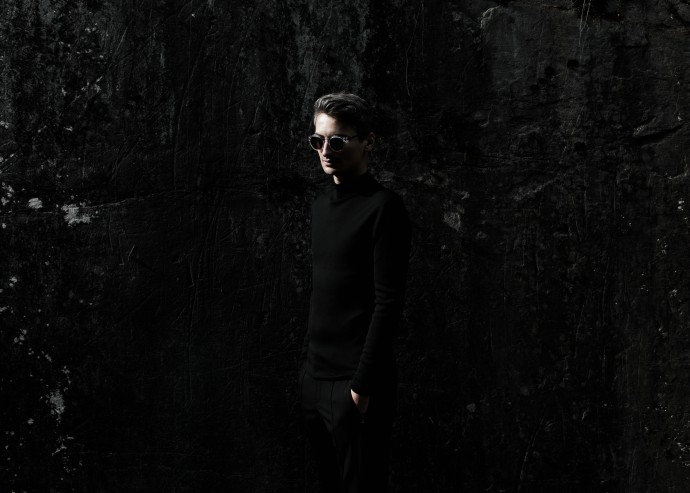 We have an awe inspiring exclusive video for you today here at KALTBLUT, from electro-composer Prequell, taken from one of the pieces from his EP Debut. Like an unfinished electro-symphony, or an anthem heard and remembered in dreams, Prequell is first and foremost a musician’s achievement. The genesis of this musical UFO – a harmonious compound of classically written music and mad electronics – was the passion of Thomas Roussel, a very fascinating though secretive Frenchman. He has worked with classical orchestras of over 50 musicians, giving life to his compositions in such magical places as churches, theatres – and historical sites, such as orchestrating and co- composing Jeff Mills’ famous ‘Blue Potential’ and ‘Light from the Outside World’. But more than anything else, his creations for the fashion world have put him in the limelight. He has defied tradition through experimentation for houses from Chanel to Dior, for whom he imagined a state-of-the-art stage design in Paris, deconstructing the orchestra and sitting the musicians in a line. Inspired by the musical universe of John Barry, John Williams, Craig Armstrong, and Massive Attack, Prequell works over a vast range of different musical genres. It’s the sum total of these past experiences which can account for Prequell’s conception of the EP, with its remarkable organic subtlety, and electronic vigor. One look at the dramatic EP artwork by the illustration and drawing studio Violaine et Jeremy, gives away the emotional intensity of the project. Part IV, the video we are premiering today, is a journey, both interior and musical. Prequell divulges his secret incentive: “I’m fascinated by space. When NASA released the frequencies of the planets, I found there an unending source of inspiration! The only harmonious sound being that of Planet Earth, it became my inspiration, like some harmonic DNA.” This project is both a sensory and musical experience that guides the listener with sounds and emotions – you won’t be disappointed. Watch the magical, otherworldly video below!

The Debut EP is out now, purchase it here on digital and here for vinyl.