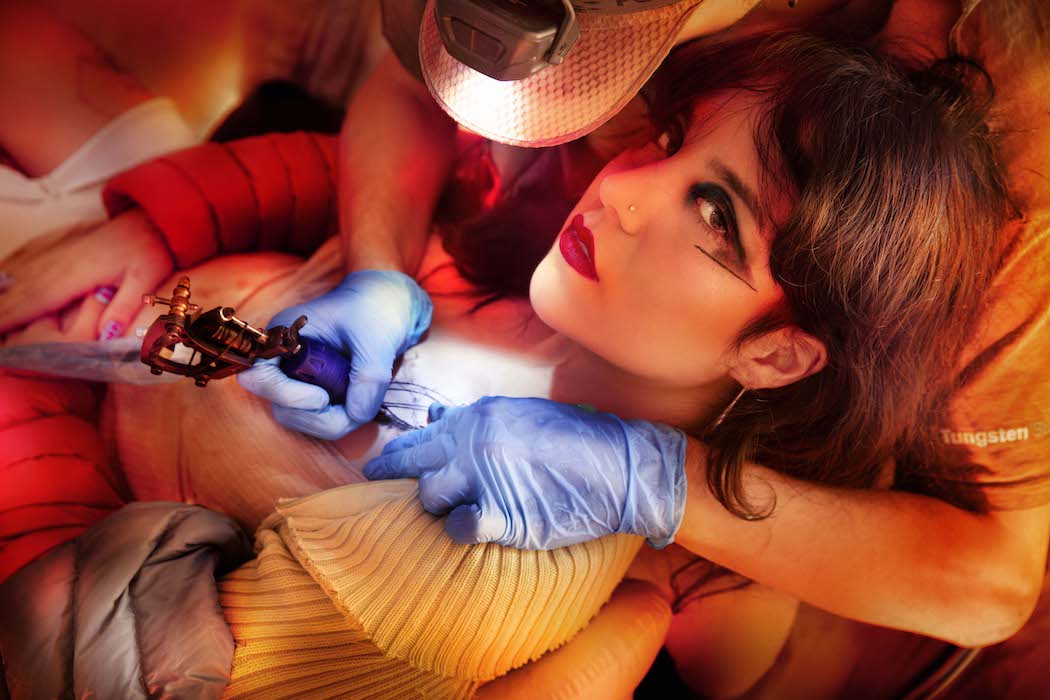 ‘The Pattern’ produced by Dviance & rogergoon is the first single from salome’s debut EP Something but plausible. The song talks about failed power dynamics, forgiveness, and self-improvement. Anyone could have encountered one of the situations depicted in the lyrics and the hook acts as a uniting anthem, a companion standing by our side during the difficult times. “We wrote the song in complete isolation and we were looking for something that would act both as an escape and a haven away from reality,” says salome on the single. “This escapism takes its full form in the shape of uplifting melodies provoking an overwhelming sense of euphoria. ‘The Pattern’ being my first video clip, I was willing to make it as honest as possible. Merging the detail-oriented vision of director Lilian Harduineau and the ethereal world of designer Limo Hair, we managed to create a timeless visual essay where everyone is invited and no one is left behind. The double-video is an ode to community and (over)sharing and the images that are shown are mostly spontaneous or accidental.” Something but plausible will be released on April 30th via High Heal and Synthetic.

salome was born in England, lived in Switzerland, France, and Holland before settling down in Belgium. She grew up in a musical environment and has always been singing but it wasn’t until late 2017 that she finally decided to make music under the moniker europe. Eventually, the artist chose to let go of her previous alias in favour of her given name. salome’s lyrical influences are broad and diverse, she quotes Everything but the Girl, Björk, Erika de Casier, Imogen Heap, Mariah Carey, and Corbin as her main inspirations.