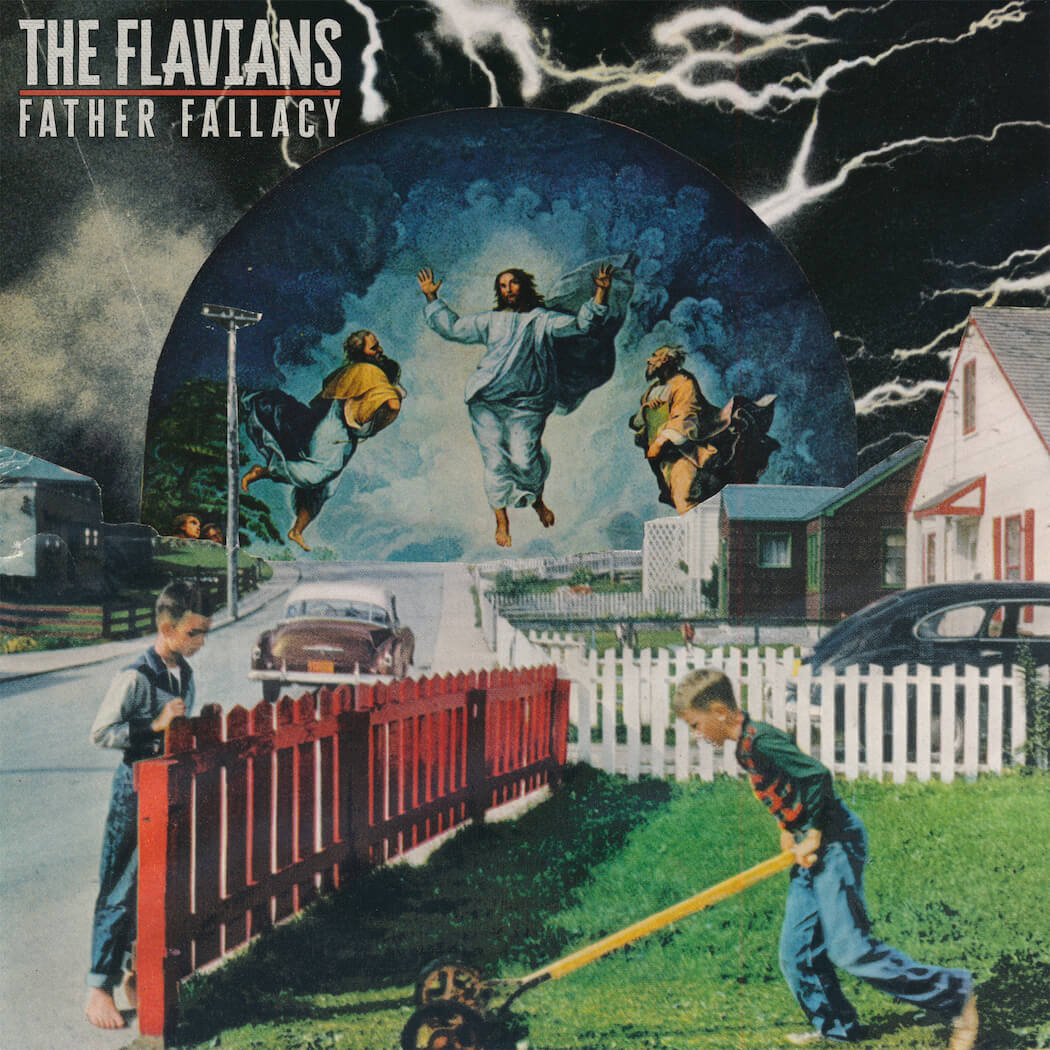 Berlin is a melting pot of culture and home to the story of four musicians: Two Swedes, a Brit and a Czech who formed a band called The Flavians! The quartet release their debut album “Ordinary People In An Ordinary World” after a 2019 that saw them releasing 2 great singles and wow audiences at Glastonbury and Reeperbahn Festival! Save the date: 07.03.2020 Album Release @ Musik & Frieden, Berlin!

About the newest single the band explains: “The story of ‘Father Fallacy’ correlates with the concept of the album, it’s all about painting a picture of how absurd modern day society is, and how anyone listening to a ‘man above’ might seriously question their sanity.”

‘Ordinary People in an Ordinary World’ will be released on the 31st of January on vinyl, CD and digital. Pre order your copy already now on www.theflavians.com/shop

The album Ordinary People in an Ordinary World is melting the hedonism and energy of Berlin with the warm sounds of the 60s. It is a concept album imagined by the band to tell true (and sometimes fantastical) stories that reflect on the absurdity of modern life.

With each song written from the point of view of a different character, they touch on subjects like alienation, adulterous postmen, dipsomania and the 9 to 5 whilst treading the path between the surreal and the mundane, always staying true to themselves by writing accessible, melodic, yet experimental songs.

The album was self-produced and engineered by the band at TRIXX Studios in Berlin. Enlisting the help of Robbie Moore (Jesper Munk, LA Salami) for mixing, Pete Smith (Sting, The Police, Van Morrison) as engineer and Rupert Clervaux to master it, the band gives a nod to the nostalgic sounds of the past while keeping their feet firmly in the present.