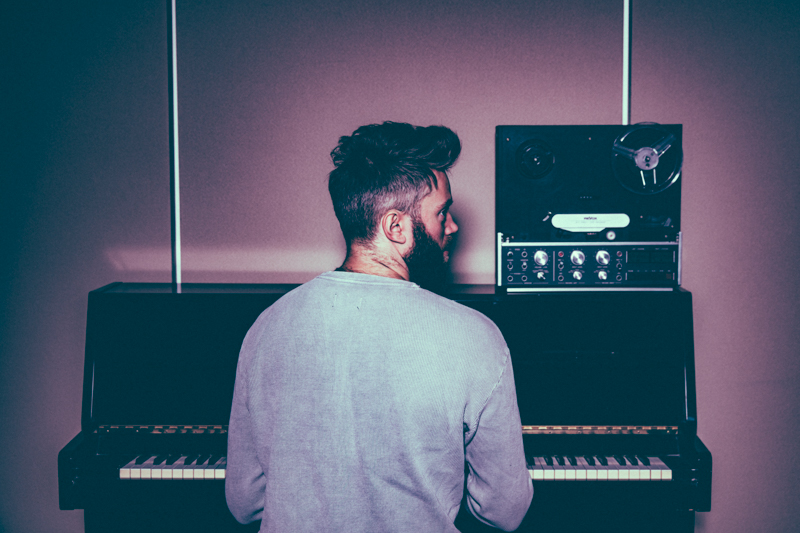 Liverpool-based producer and neo-classical songwriter Tom Ashbrook returns this February with some of his most affecting, emotively charged and powerful work to date. ‘Start Again’, the first track off his brand new EP, Solitude III counters the darker haunting sounds of his previous EP, showcasing a lighter side to his breathtaking ambient compositions. Combined with visuals by dance artist, choreographer & creative director Jordan James Bridge, the new release shows Ashbrook at his best, drawing complex emotion from subtle piano melodies. Ashbrook explains, “Solitude III is about change. When things change suddenly, and with no notice, like a tragedy, the weather, the end of a relationship. In those times, we have to find an inner peace that restores us when the wind blows us off course.” Solitude III will be released on February 19th, 2021 on The Other Songs.

Jordan James Bridge on the video: “After creating a solo late last year to Tom Ashbrook’s track ‘Klass’, we quickly bonded over the collaboration between sound and dance. Despite Covid trying to stop us all in our tracks, we have been able to keep creative from afar. ‘Start Again’ for me is a cinematic experience, it takes me on a short journey through melodic harmonies and emotive driven chords. It made me think about reincarnation, rebirth and growth. That’s where the solo has its stimulus.

I wanted to simulate a large black void and have a Yves Klein blue hue as the singular colour within the video, creating an almost porcelain-like skin which looks fragile and precious. The movement leans towards a continuous nature, almost as though the dancer could be dancing there for hours in this dark abyss, which I think works well with the seamless slow motion brilliantly shot and edited by Ray Moody.

The accompaniment being light & uplifting juxtaposed with the dark filming is an interesting and unusual blend. I hope that by watching ‘Start Again’ it will make you feel. Feel something to invoke a change in your emotional state for the day.”

Classically trained on piano from the age of 5, Tom Ashbrook grew up with an obsession with the emotion and songwriting mystique in film soundtracks. He took these techniques into his own songwriting and later, developed a love for synthesis and contemporary music production, the combination of which, has now formed the basis of his stunning and eclectic catalogue.

Tom’s work has built him a following worldwide as well as critical acclaim. His music has found appreciation through Spotify and Apple Music’s playlist system, where he’s clocked over 7 Million Streams since launching with his debut EP in 2019. His tracks have landed on some of the genre’s biggest playlists including Atmospheric Piano, Not Quite Classical, Piano Chill and Pure Focus. A lover of all aspects of production and collaboration, he’s also worked alongside rising South-African songwriter Julia Church on their incredible alt-electronic single ‘Souvenir’.