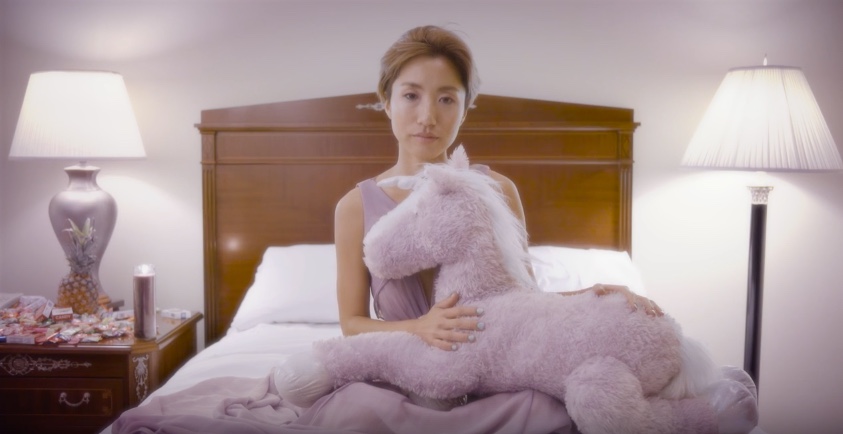 Taken from the album ‘Forget’ is our video exclusive for Xiu Xiu’s standout track, ‘Wondering’. As one of the catchiest boogie pop gems in the Xiu Xiu catalogue, frontman Jamie Stewart explains that the video was inspired by the work of Ren Hang and Toilet Paper magazine. “Ren Hang’s photos seem like dreams of deep witted composition and hilarious sexual play. Toilet Paper feels like a nightmare of horrible candy and rotten teenagers. Why go anywhere else? We tried to allow for surprise, error and dumbness without being worried about looking cool. We are not cool anyway so why pretend, just fall fall fall into colour, femininity and night.”

The recording of Xiu Xiu’s Forget, their first outing on Altin Village & Mine, fell into a period of epic productivity for the group. While bringing Forget into the world, Shayna Dunkelman, Angela Seo and Jamie »Butch Jenny« Stewart released the celebrated Plays the Music of Twin Peaks, collaborated with Mitski on a song for an upcoming John Cameron Mitchell film, composed music for art installations by Danh Vo, recorded an album with Merzbow and scored an experimental reworking of the Mozart opera, The Magic Flute. Far from resulting in a scattered by-product, the frantic external activity gave rise to a softly damaged dreaminess as well as a direct and broadened intent that marks a new level of focus in Xiu Xiu’s catalog.

The album was produced by John Congleton (Blondie, Sigur Ros), Greg Saunier of Deerhoof and Xiu Xiu’s own Angela Seo. It features guest appearances by fabled minimalist composer Charlemagne Palestine, L.A. Banjee Ball superstar commentator Enyce Smith, Swans guitar virtuoso Kristof Hahn and legendary drag artist and personal hero of Xiu Xiu, Vaginal Davis. With this all-star cast amongst them, the band delivers an album of carefully crafted, tender pop songs, which, even at their quietest (see the remarkable »Get Up«, for example), are implanted in blissed out, full-on instrumentation that blur the lines between abstraction and pop delivery.

Forget is out now via Altin Village & Mine