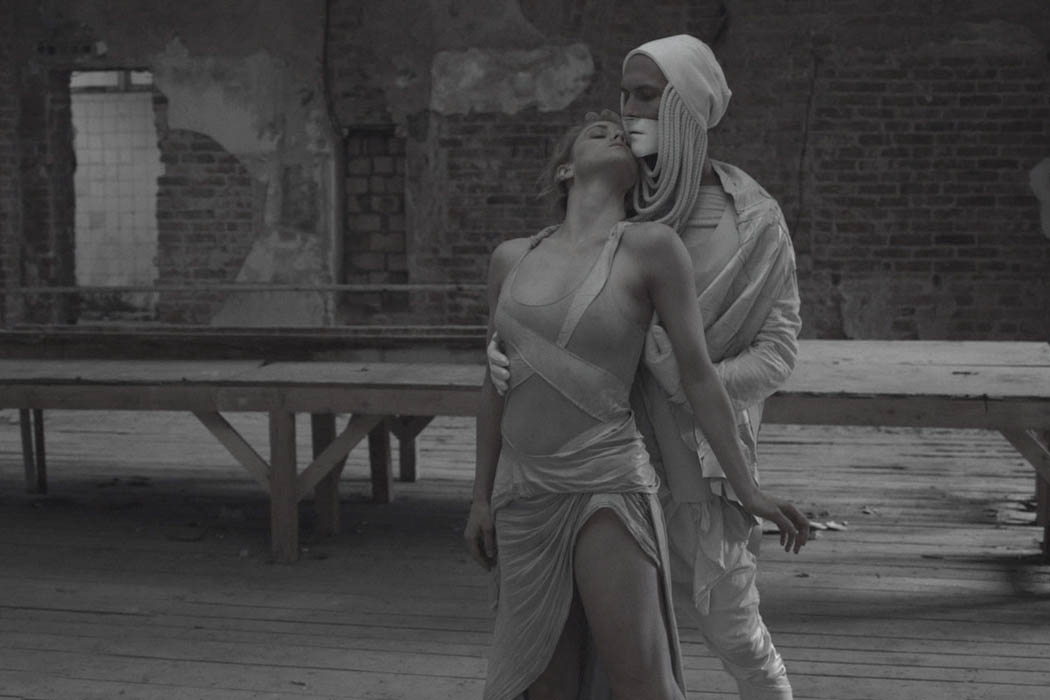 Behind the Lunakid project are the profiles of Berlin-based musician and producer Konstantin Dellos, Paris-based animation and video artist Natalianne Boucher and creative manager Olga Medvedeva. Konstantin began his journey into the world of electronic music about six years ago.

No one knows exactly who he is. Not even he knows. His memories of the past are tenuous and very fragile. But after years of wandering the world and his mutation he has gained a vast inner library of knowledge that will never disappear. His music is a hybrid of his earthly experience and sharp intellect. It is the expansion of his multi-faceted soul. The eclecticism of his sounds conveys the search for answers that have arisen with the emergence of Lunakid. His human part gives him the ability of feeling temporal sensations. His heartbeat spreads throughout his stone chest, and the rhythm of his music penetrates the hearts of listeners.

Originally a punk rocker, he played in several bands and was very active in the music scene, acting as both as a local promoter and tour manager. The trusted DIY principle that he learned at the time when dirty basements and medium- sized festivals were part of his everyday life still rules the work of the artist today. Back in his punk period, Konstantin’s work was already driven by his hunger for new sounds and for ways of expression to achieve selfdevelopment. Later on, the discovery of a new creative freedom as an electronic solo artist opened a wide panel of stylistic elements and possibilities.

His other works contain a multitude of atmospheres crafted through collaborations with several artists from various styles, including hip-hop, indie and classical among others. As a result of the past year studio work two EP’s, a music video and the soundtrack for the movie trailer TheDevilsFoxWild were released. A further new materials are coming soon. Natalianne studied animation cinema at Ensad, Paris. She’s been working as a director, videomaker, film editor and animator with several dance and theatre companies, live shows and audiovisual productions. Olga studied master of landscape architecture at TU Berlin. There she aquired many creative skills which she’s been using for her jobs as set designer, creative direction, social media management for several events and music videos.

About the art editor, director, editor of the video TECHNICOLOR – Rico Mahel:

“Berlin based Director, Photographer, Writer and Editor. Everything that happens, happens for a reason.  So everything that happened, happened to lead me to Photography School “Lette Verein Berlin” where I studied Photography for three years and completed with a degree. In 2011 I received the photography price (appreciation) from OPUS Art Magazine for my work “Soma”. Followed by several solo and group exhibitions. But the still image quickly set boundaries to what I wanted to tell. And it also mostly excluded the magic of words, sound and music. I was then looking for a medium that would combine all these things. So I began to shoot my first short films. Since 2011 I’m studying Directing at German Film- and Television Academy Berlin (dffb) and currently writing, producing, directing and editing successfully further short films and music videos.” Read more at
ricomahel.tumblr.com