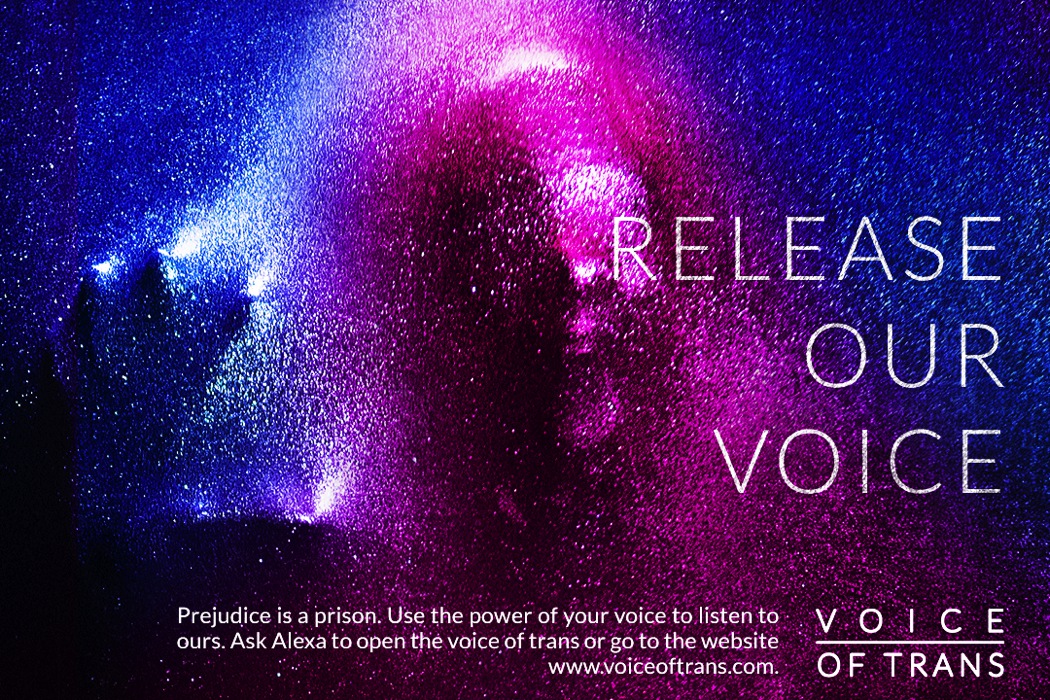 “ALEXA, OPEN THE VOICE OF TRANS” #VoiceOfTrans! This year’s International Transgender Day of Visibility, the 31st March, will see users of Amazon Alexa-enabled device in the UK able to activate a skill to hear the story of a trans man. #VoiceOfTrans is launching to make trans issues a national talking point and apply pressure on the United Nations (UN) via a petition that listeners will be signposted to on change.org. The activation is led by Brand Advance & Global Butterflies.

There are 25 million transgender people in the world and their voices have long been ignored at best and, at worst, silenced. From Kuwait and Oman threatening transgender people with the prison to the recent arrest of 19-year-old trans woman Malak al-Kashef in Egypt, this issue transcends borders, can no longer be ignored and a global approach is required.

In the UK alone, one in eight trans employees (12 per cent) have been physically attacked by a colleague or customer in the last year and half of trans people (51 per cent) have hidden their identity at work for fear of discrimination.

This project has been inspired by a desire to give this marginalised and often abused group of people a platform, allow them to tell their story and to have their voice listened to. The option will be available in the UK and will be activated by asking “Alexa, open the voice of trans”.

The voice will go on to thank the listener for wanting to listen to him and will proceed to tell his story, compiled from a series of real-life stories and case studies experienced by members of the transgender community around the world.

He will take the listener through the journey of his life with the listener being able to decide which sections they hear first, from his time as a child and hating girly clothes, to the difficulties he faced at school. He will also address the time he attempted to take his life and his transition. However, life has improved for him since his operation and he describes going on dates after his transition and his recent marriage to his girlfriend Aliyah.

Crucially, the voice will then invite the listener to visit a change.org petition applying pressure to advance trans rights on the UN’s human rights agenda in order to effect change on a global scale for the trans community.

The activation will run from the 28th to 31st March and, as well as running on Alexa-enabled devices, will be promoted across global LGBTQ+ Media alongside social, digital, radio and out of home platforms across London.

Christopher Kenna, CEO of Brand Advance, commented on the activation: “This campaign epitomises how voice technology can be used to transform perception and create action – impacting on the futures of 25 million people globally.

“Brand Advance exists to transform Diversity representation across the globe with authenticity, fair and transparent media representation, and exposure to global markets with global leaders. The #VoiceofTrans is an incredible campaign and we could not be more proud to lead the charge for change.”

Emma Cusdin from Global Butterflies, said: “We are delighted to support this global campaign providing a platform to tell stories from across the gender identity and gender expression spectrums using the technology of Alexa.  By hearing stories, by having conversations and by signing the petition we can start to improve the daily lives of trans people worldwide.   We hope that people who interact with this campaign will understand that gender is not binary but a broad spectrum and that trans people use wonderful ways to describe their gender which should be celebrated.”

Visit bit.ly/2UZoECf to sign the petition and visit voiceoftrans.com for more information. 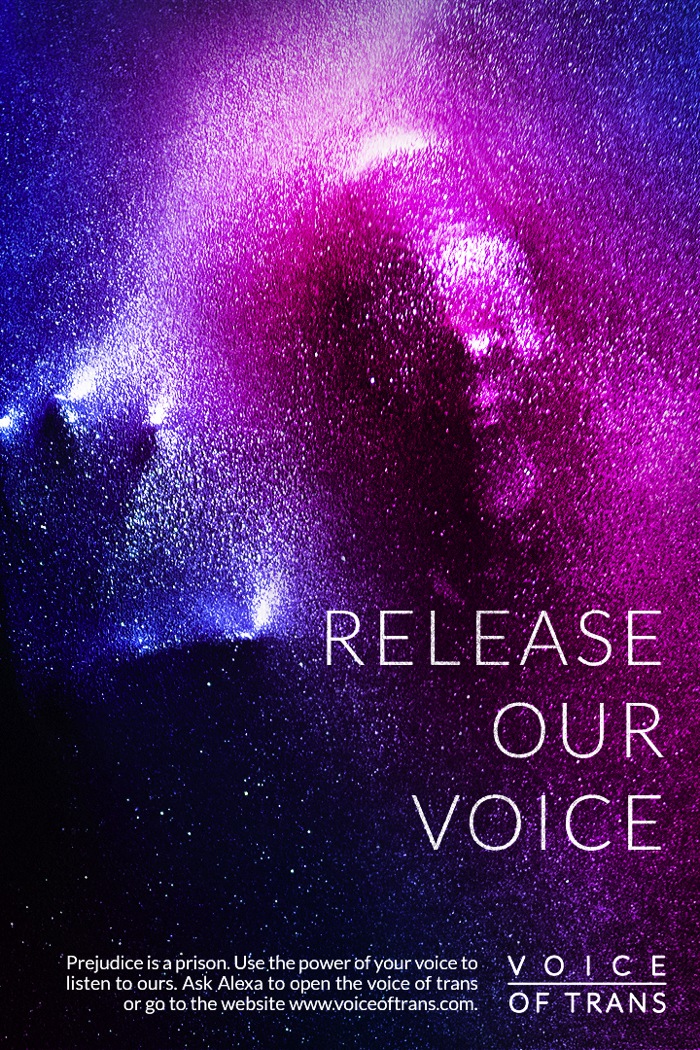