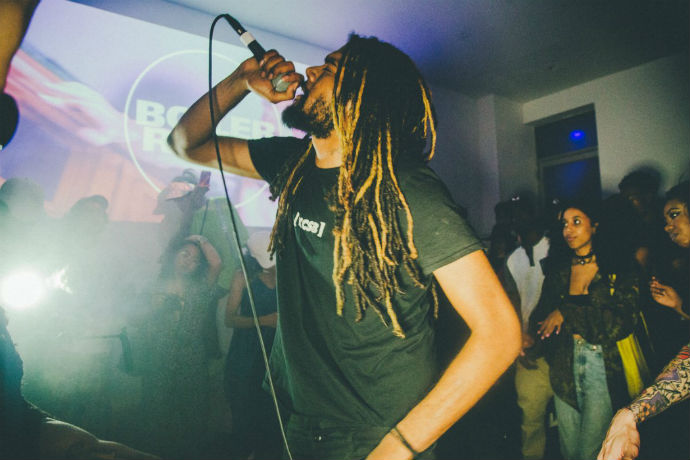 Almost exactly one year ago to the day, the link between Awful Records and Boiler Room began with what’s now a legendary two and a half hour session in a backyard in Atlanta. Boiler Room traveled down to Atlanta to meet the crew and now one year later, Awful Records journeyed up to New York to bless the new Boiler Room studio and screened the definitive Awful documentary directed by Joe Alexander. You can now watch this documentary in full just above.

Boiler Room on Awful Days: “We spent a lot of last December in Atlanta, hanging out with all the guys at Awful. It was an incredible experience – a bizarre, fascinating culture shock – at times euphoric, at others, hard work. We had to adapt to the crazy, timeless black hole that is Fat’s house in East ATL, but in doing so we got to see the true workings of one of the most fucked-up, crazy and ridiculously productive environments I’ve ever experienced.”

Father on Awful Days: “Watching it now is a little crazy, but at the time it was just regular. It was just Awful doing what we do every day.”