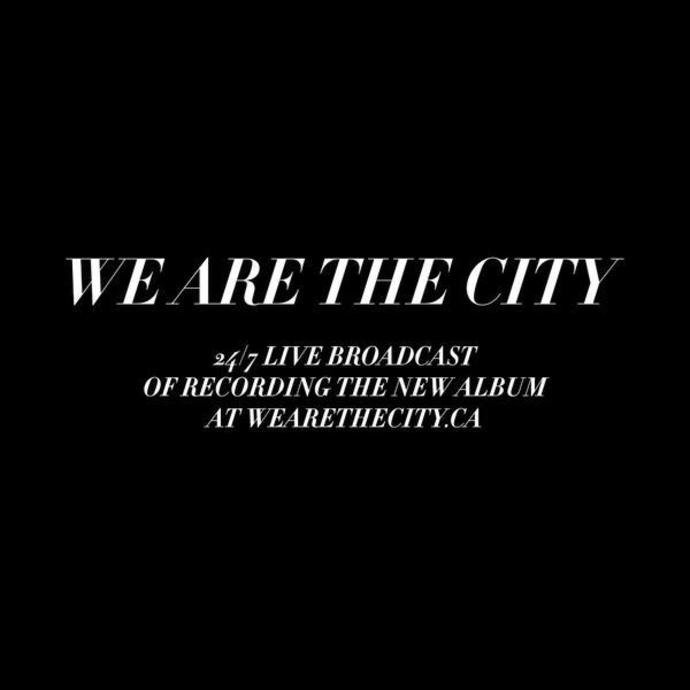 If you’re being honest with yourself, you’ve already watched an episode or two (or several hundred) of Big Brother. There’s always that curiosity lingering in all of us of what might happen when you shove a load of strangers into one room and cut off their “luxury” supplies. These human guinea pigs genuinely sign up to this for the “experience”, oh, and that few grand at the end that only one can win. But what We Are The City gain at the end of constant surveillance is a little different – the creation of a brand new album.

The Vancouver-based band have revealed a 24/7 live video recording of the production for their third album in a completely secret location. The trio are no strangers when it comes to recording events of their life after their recent documentary release of ‘Whether You Care or Not’, but this time fans are invited into the studio via their website to witness a live broadcast, taking in the sights and sounds of long-time high school friends Cayne McKenzie (vocals/keyboards), Andrew Huculiak (drums), and David Menzel (guitar). The final album will arrive almost immediately upon its completion on Sinnbus, Tooth & Nail, Boompa and in conjunction with a month-long U.S. tour. This is a whole new level of behind the scenes, that’s for sure!

Since first visiting the site, I’ve witnessed a few treats in the four walled recording home of the band. For starters, it’s pretty gross looking. It’s what I imagine the basement of Wayne’s World looks like this present day, with maybe a few more mattresses, the thumps of a night club next door and I think I can see the wheels of a shopping trolley in the right hand corner of the camera. So basically, we are looking at a complete student den. Right now I’m watching light flash from an open door in what I can only assume is the entrance to the place that exists between heaven and hell, with the soft murmurings of a voice luring you in. Guys, please don’t go into the light.

Go on, release your inner creep and take a look for a few minutes. You can keep an eye for updates and live events on the band’s Twitter account and even join in on the live chat streaming to the right side of the video.