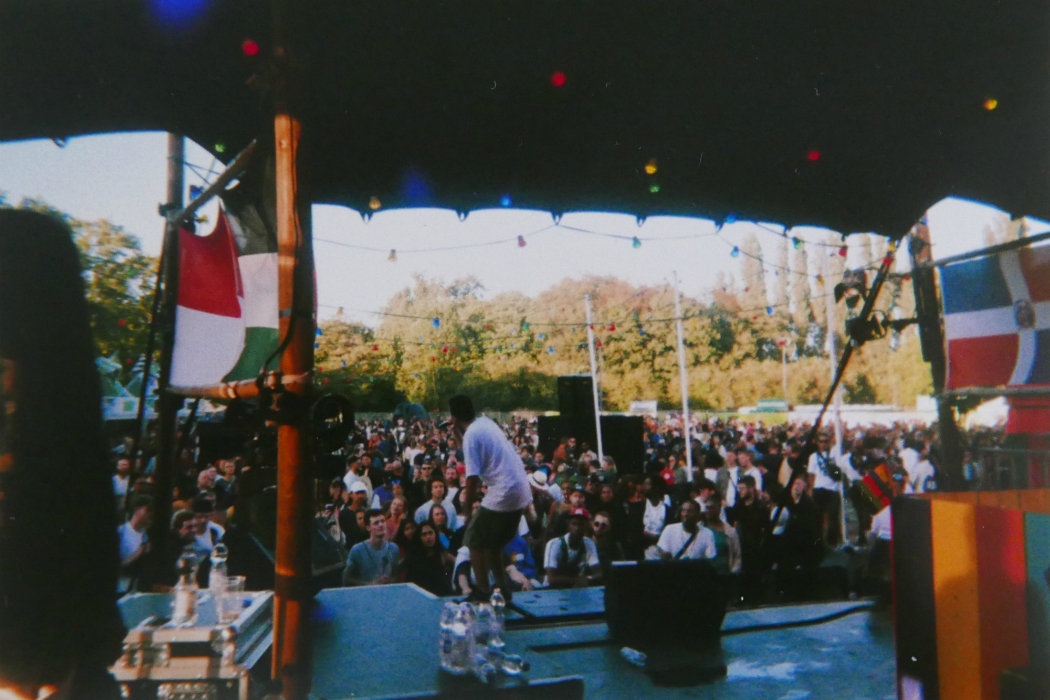 What went down at APPELSAP Festival 2018

APPELSAP ran their annual day-long music festival in Amsterdam’s sprawling Flavopark. The sun was good and hot, the giant jet-black art piece by visual artist Pieter Parra, had been erected a stone’s throw from SMIB’s booming stage overnight. food trucks serving crisp Bahn-mi duck, apple Manchego burgers, classic Margarita slices and cold vanilla-cookie milkshakes were ready for the electric crowds who seemed to be moving in slow, lofty rotation around the park’s concourse, too much to wet their attention to stay put at any one stage.

Just days before the festival hosted by Noisey, Boiler Room and Patta three headlining acts (Famous Dex, Smooky Margiellaa and hip-hop veteran Madlib) all pulled out of the festival due to a “passport problems” and Madlib’s falling ill. Applesap recovered quickly for the crowds sourcing some local talent including Boyz in de Hood, Yung Ellens and Flonti Stacks.

From the moment they opened the gates, there was little room for quiet or calm. Three stages, Noisey’s (across Flavopark’s lake) stood on its own and played host to some powerful UK grime acts (Wiley, Nines etc*). Wiley pulled hundreds of people to the Noisey stage. Across Flevopark’s still lake, the Boiler Room stage played host to BBK’s DJ Maximum) and PATTA (Hosting US acts like Wiki) it was a lot to take in as the stages were bare meters apart – a massive clash of sound left fans spoiled for choice in amongst the ear-candy. Nines took the stage across the lake just as Snoh Allegra finished her studio-quality performance and the ambience was truly priceless.

Snoh Allegra brought incredible control and expression as she sang to the swaying fans at the Boiler Room stage. People were jogging back and forth between stages that oozed local and global talent. Everyone came prepared with their fully formed crew, the entire day was a testament to the shared intention of having a great time.

Backstage, artist Wiki (US) took big strides all too casually getting primed for his set. Wiki chilling a few yards from Skepta (UK) who was attending Appelsap in support of BBK’s DJ Maximum, BBK (Boy Better Know) all dressed in black jumpsuits wearing Skepta’s Nike SkAir “No Sleep On Tour” kicks. Given that Skepta and Wiki have a song together (That’s Not Me) there was an unspoken anticipation that came over onlookers as they chilled and lit a smoke together.

All photos by Maria Cocalea