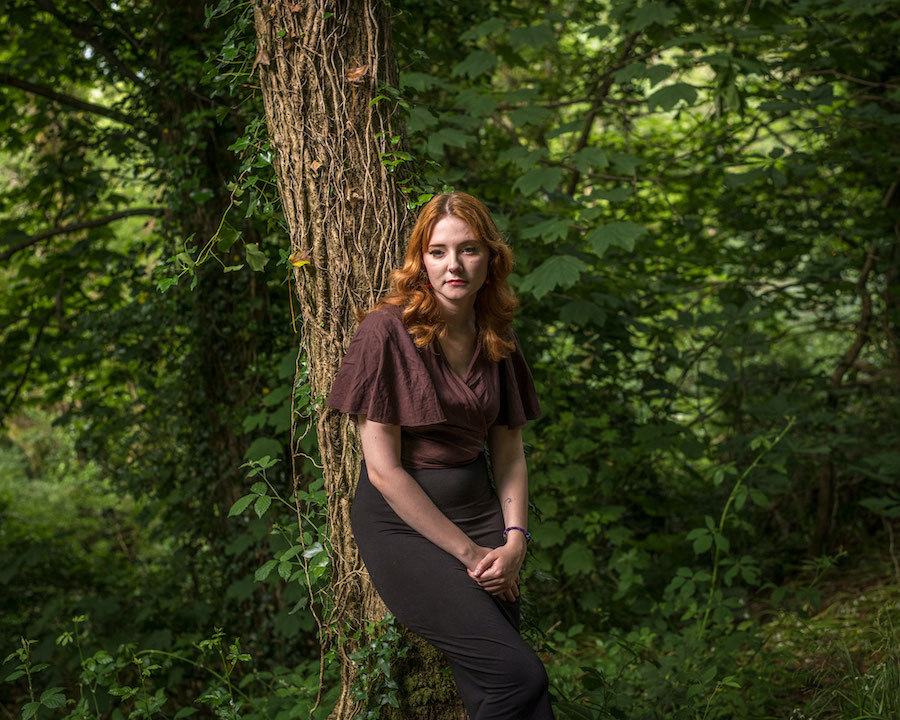 Winds of Change by Samuel Fradley

“Winds of Change reflects on a difficult and uncertain time in Britain’s history and my own personal fears and anxiety about not only Britain’s future, but the future of the world and its effects on those close to me. The old world is dying, the one that we knew has gone. As echos of 1930s Europe engulf Asia and the United States, it has become clear that the balance of power and future of humanity has changed. Where Britain belongs in this new world is yet to be found.” *Samuel Fradley

What Sparked the series?

When the United Kingdom entered the first major lockdown in March 2020 I realised that the events unfolding across the planet was a moment of huge significance, both economically and geopolitically. I knew that I wanted to make a body of work about what was going on Infront of me and making work during some sort of major crisis has always been on my mind, but I never thought it would actually happen!

As the pandemic progressed, I began making work within my local area. I live in Torbay down in Devon, so we are predominantly surrounded by the sea and countryside, so whatever I photographed had to involve the sea and use the notions of island and isolation as a theme. We do not have much infrastructure or anything of substance here, so a poetic and reflective response was the approach I aimed to take.

Due to the lockdowns I wasn’t really able to travel to make the work, so the majority of images are all taken within a 10 mile radius of my home, but some are further afield in Wales and other parts of the United Kingdom. The project began as just a landscape body of work but very quickly became a wider reflective piece on Britain’s place in the world as the pandemic and political situation changed.

As the rhetoric and posturing began to intensify between the United States and China, I realised that the balance of power in the Post Brexit world had shifted –  The United Kingdom was caught on a tightrope with nowhere to go, while the United States seemed unable to respond. Everything our country required such as PPE, Covid Tests and equipment came from China and we were completely reliant on factories in faraway lands to help us and to literally save people’s lives.

This widespread political turmoil made me reflect on Britain’s place in the world and the effects this will have on us in the future. I really love the analogy that “The sun never sets on the British Empire” and I tried to splice this into the work by working with light, but many observers say the Western Powers are in decline and I think this is true which Is something I also tried to highlight within this work. The work is a culmination and reflective piece from the last two years based on all of the crazy events we have witnessed!

Who are the people featured? What are some of their stories?

The majority of people are friends of mine, or people who I have met through others. Due to Covid I hadn’t seen many of them for several years, so it was interesting to photograph them after that period of time.

Some individuals like Tim ( the man with the Union Jack Flag hat ) I met on a walk during VE day around my neighbourhood. They were having a VE day street party and they kindly invited me to have a beer with them ( Socially Distanced). They let me photograph them which was fantastic. As the evening progressed, they wheeled an old tv on to the driveway and we watched the Queens VE Day speech. They all sang the national anthem and “We’ll Meet Again” by Vera Lynn. It was quite a unique experience, but a photographers dream!

Where are these images taken? How has that area changed, in your opinion?

The majority of images in this project were taken in Devon. It’s an interesting question that required some thought, but the area its predominately in a perpetual state of decline and continue to be – this isn’t just down to the the pandemic, it’s also long term cuts by successive governments. The pandemic has exacerbated that decline and we can see that both economically on a wider scale, but locally on the streets. Money is invested but not into the right areas – As a photographer I think we tend to spot this where others don’t.

Seaside towns like Torquay “The English Riviera” and the grandeur that the area once had are long gone with dire need of rejuvenation needed. The old quarry’s on Dartmoor that use to produce slate to be exported across the world are no more with nothing left than an old tin hut in its place. The large abandoned building within the works is an old Dairy and Ice Cream factory in North Devon. This use to be one of the largest dairy producers in Europe, it closed in the 1990s and has been left to ruin. I think that’s a good analogy of past and present.

Samuel Fradley is a 25 year old British documentary photographer who lives and works in Devon, the United Kingdom. In his personal works, Sam searches for stories that are different, unique, and often on the fringe of society, as he believes that these make for the most interesting stories. His work also explores other genres of photography, while occasionally focusing on current global events or responding to stories closer to home.

Lives and Works in Devon, in the South West of England, United Kingdom.