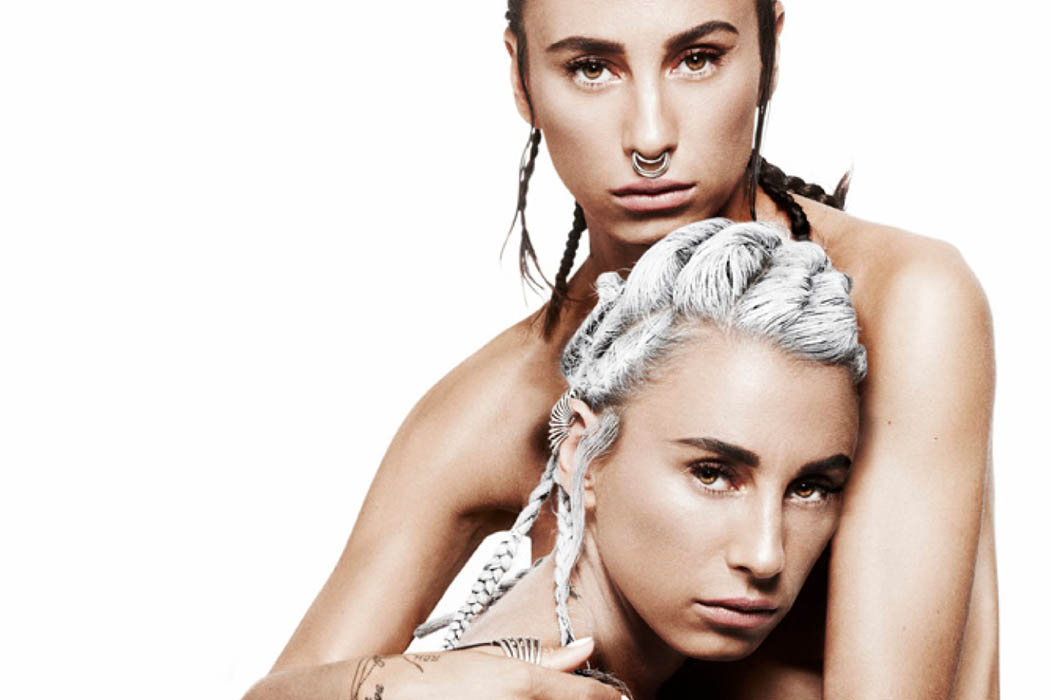 5 Minutes with Medina! Or: Excuse me while I kiss the sky

Denmark´s pop superstar MEDINA is releasing her new album “WE SURVIVE” on the 26th of February via Universal Music Germany. We had the pleasure to meet the award winning style icon (5 MTV Music Awards, 3 MTV EMA Awards, 6 Danish Music Awards and so on..) during the last Berlin Fashion Week backstage at the Dawid Tomaszewski AW16 show. Medina told us what her style secret is, Why the new album is on the way since 3 years. And why she: kiss the sky. Read our interview below and do not forget to buy the new amazing album 2morrow.

KALTBLUT: We saw you at the ZEITmagazin CONFERENCE Mode & Stil in Berlin during Berlin fashion Week .. You looked stunning. Can you tell us which designer you were wearing?

Medina: Oh yes! I was wearing one of Dawid Tomaszewski dresses and it was so beautiful. It was a feather dress and I was so worried that people can not see on the photos it was made out of feathers. It was so heavy the dress. I could not relax during the event but you it is like this sometimes.

KALTBLUT: Did the designer told you to wear that one? Or could you choose?

Medina: I went to his show room yesterday and I saw the full new collection already. And I picked up what I wanted to wear. I could take anything I want.

KALTBLUT: And today you are wearing Dawid Tomaszewski again, right?

Medina: Surprise: Yes! I have a new friend.. He is so sweet and his design is amazing.

KALTBLUT: Can you tell us how this collaboration started?

Medina: Through my label: Universal Music Germany. I am not such a fan of commercial fashion you know. I do not wanna waist my time to see that. I am going to see them anyway in all the showrooms i am going through the season. For me it is more important to wear something that stands out. And maybe can match my style. Like these two feather dresses. It is sooo much my style. He is the only designer I am going to see here in Berlin.

KALTBLUT: So, what is your style secret?

Medina: Oh my. It is a matter of taste in general. I like to mix styles. You know I have my tattoos and I like to mix some Rock´N´Roll style ..I like it more edgy.

KALTBLUT: Your tattoo looks great. What is written there?

Medina: (laughs) Excuse me while I kiss the sky. It is by Jimmy Hendricks. It fits me really well, cause so many people have issues with peoples like me enjoying life. I am basically kissing the sky.. so excuse me!!!! So, give me 5 mins today that please. 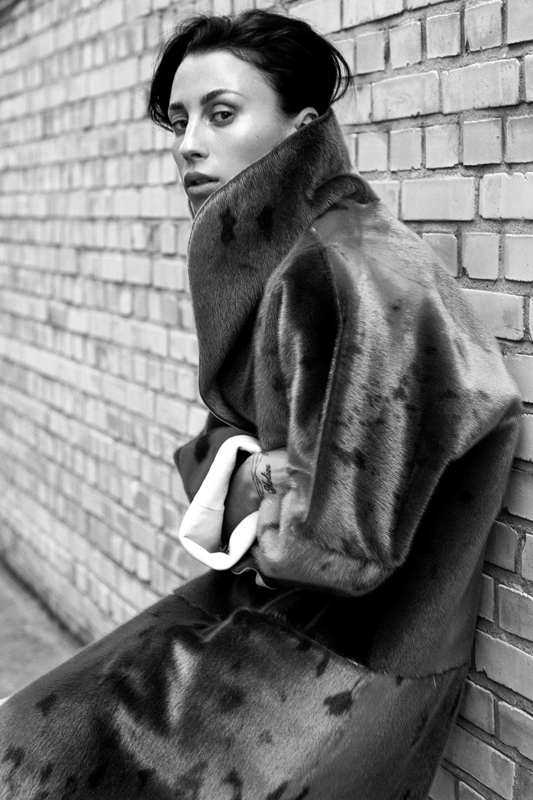 KALTBLUT: Oh this is so beautiful. We love that. What do you think about style and fashion in Berlin?

Medina: When I am in Berlin or in Germany I only have time to work. I have so little time to meet people in the streets .. I have no idea about German style. (laughs)

Medina: The album is out on the 26th of February and it is called ” We survive” like the new single. I have been working on it for 3 years. So, it is on the way since a long time. I am extremely proud of the album. It´s ben so hard to write the songs. You know my fans and the people who are following my life for so long, they know have ben through so many things. It is kind of a years dairy.

KALTBLUT: Where did you produced the album?

Medina: Most of it is produced in Denmark and some of it in Sweden.

KALTBLUT: One last question: Will we see you in 2016 here in Germany with the new album? You know you have so many fans here.

Medina: I hope so! You know it is crazy every time. The people are sleeping outside, even it is snowing. So I ´ll bring them tea and stuff, you know. I am so happy to have my fans here. So yes I hope I can bring my new album on stage here in Germany.

Interview by Marcel and Anita 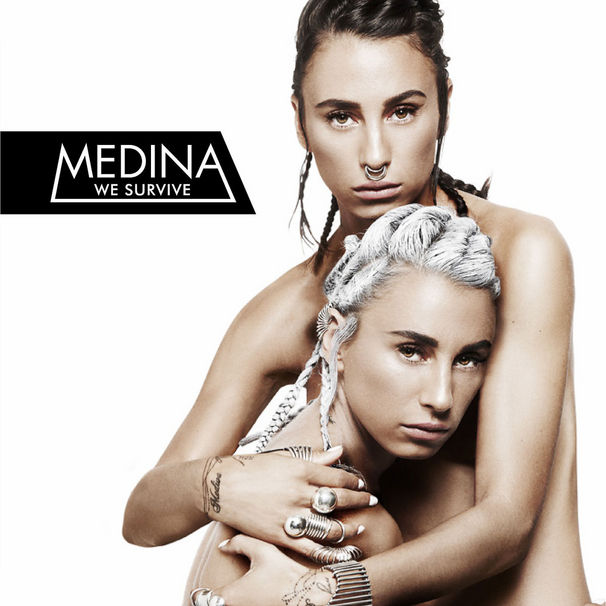