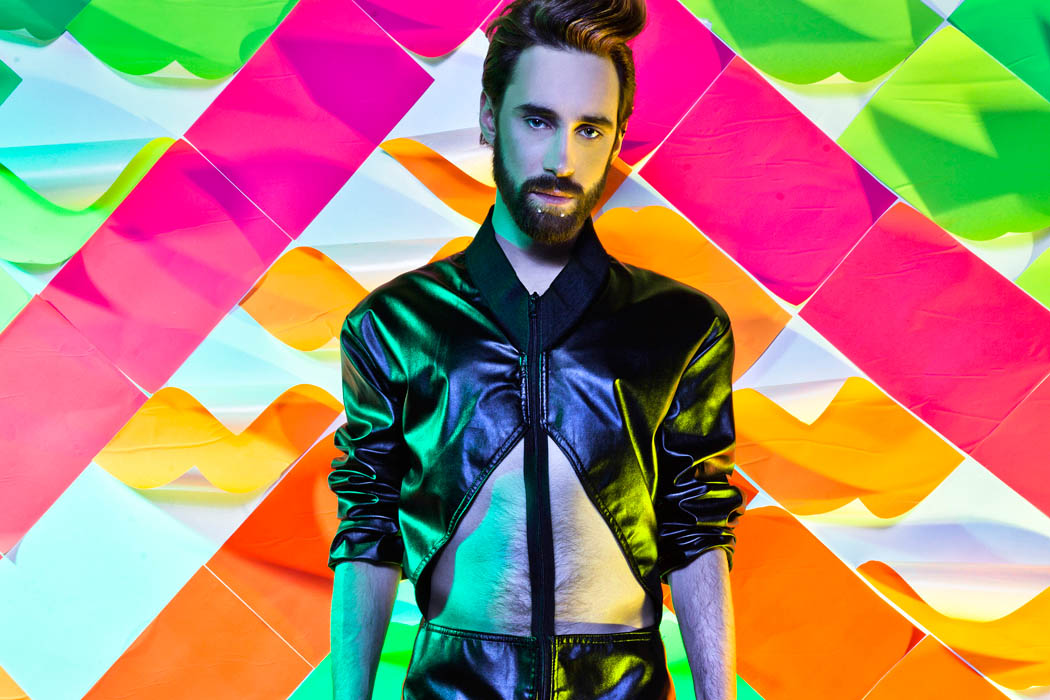 A KALTBLUT exclusive menswear editorial from Poland. Grzegorz Mikrut lensed Krzysztof Sierpiński @Nova for us. Hair by Jaskiel. Fashion by WYZA. Grzegorz Mikrut says: “The photoshoot from the beginning was made exclusively for KALTBLUT Magazine. When I was preparing scenography, styling and the model I was thinking of (I like to call it) Underground Berlin or maybe… my vision of underground Berlin. Krzysztof is not a high fashion model, he’s distinctive, that is why he matched perfectly for the shoot also the choice of stylist/designer was for me pretty obvious, style presented by WYZA is very grunge and glamour at the same time. The background which I have prepared by myself was to look like it was after the great and crazy drug party at Schöneberg but of corse not “word for word” because, at the end of the day it’s still a fashion photoshoot.”

WYZA: “Wojciech Wyza. Born in 1994 in Olsztyn, Poland. He has become involved in fashion industry in 2010 working as a model. At the beginning he was designing clothes only for himself and his friends, but in 2011 during the photo shot for the cover of the book “Demonica” he got the proposal to create his own collection inspired by the book. He has introduced his first collection called “Black and White” in 2012 in Warsaw during the release of the book he has posed to. One of his dresses is presented in the European Gallery of Art in Rzeszów. The designer is currently taught in International School of Costume and Fashion Design in Warsaw.”
Credits:
Photography: Grzegorz Mikrut
Model: Krzysztof Sierpiński @Nova
Hair: Jaskiel
Fashion by WYZA @Facebook / wyza.eu