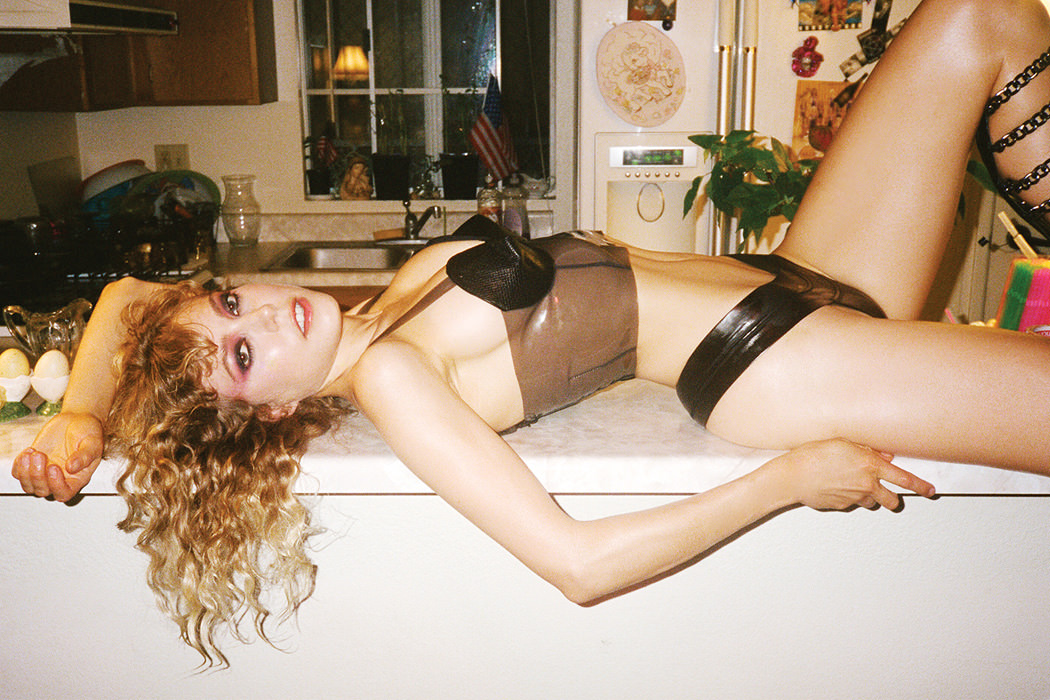 LA based Actually Huizenga can normally be found creating profound electronic music, layering some ultra-high contrast music videos or simply clutching a Viking’s battleaxe with PVC stockings on. Her album, “Predator Romantic” will be released October 20th on her own recently established label, Chastity Belt Records . With a website harbouring all of your favourite GIFs from the Microsoft ’95 era, if her new creation is anything like her cover of a song by the porn star Cicciolina, then we are definitely in for a real treat! To top everything off, Actually is currently editing a new film which will be called “Heavenly Sin”. And I don’t think she’s referencing Slimming World here.  In the meantime, Berliners should check out #TurnAroundBerghain this Thursday where Actually will be performing alongside Peaches, Koudlam and HYENAZ!

Having listened to “Predator Romantic”, I just really don’t want to give too much away. It’s something like a blend of 80s Madonna, Marilyn Manson, Annie Lennox and Wednesday Addams, all nicely rounded up into 13 tracks. Unlucky to some, but perfect for our Predator. Your can pre-order the album here on iTunes!