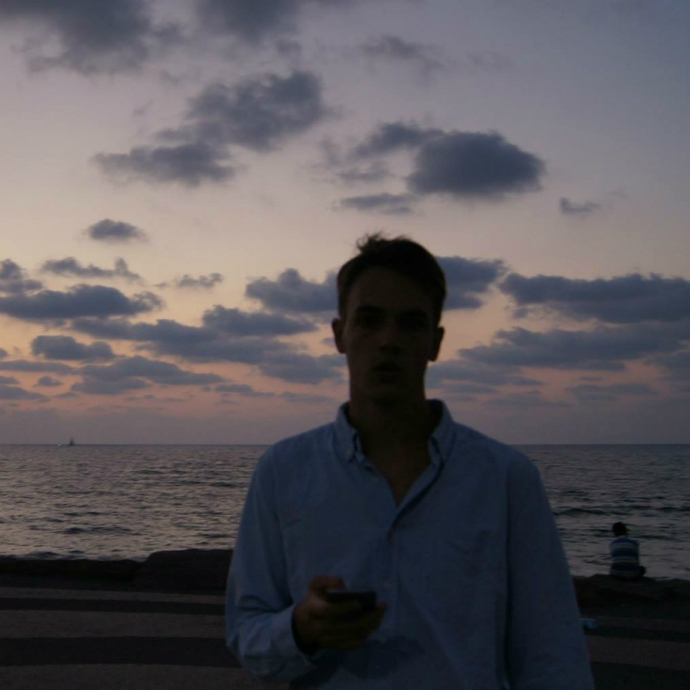 An Interview with Berlin’s Saintabis

Sifting through the mainstream can bore you and within half an hour you’re back where you started skipping to your favourite verse or beat of a song you’ve heard countless times before. When I saw a Saintabis appear on Soundcloud it wasn’t because I had been looking for his music, it appeared reposted by someone with a few hundred followers that I had been one of. When I clicked through to Saintabis’ Soundcloud page it reminded me of the first time I used the site to find artists like Brothel or Wondagurl. I loved that feeling of being just slightly ahead of the curb on someone I felt would make an impact. Reaching out to Saintabis I wanted to learn more about him and how he’d refined his style into what it is today, truly uncluttered and well-executed instrumentals that had his signature all over them.

KALTBLUT: When did you first start mixing, making beats, when and where was that moment of inspiration when you knew you had to pursue it?
Saintabis: The start of doing my own was when I moved to Berlin when I was 18. I had much more time on my own than I was used to, which drove my creativity. I used to listen to a lot of mixes on SoundCloud in that era between 2011 to 2014 and it naturally became my first step into working on music. Arranging sets, trying to express my mood the best and ideally tell a story by a mix is was fun for me and just a great escape from the day. There is so much good music out there and sometimes it gets even better when it is embedded into a context. Right now I am in a phasis in which I experiment with a lot of stuff and make beats in every kind of direction. My musical interest crosses almost every genre so it is only natural that my own expression has influences from almost everything I listen to. I do not believe that I have to find my own style and stick to that, much rather I enjoy that freedom of making anything I want. I think you should always do that what you feel, and as my mood can change from listening to John Coltrane to Washed Out to Travis Scott in 10 minutes, I will always just try to express my current feeling when making music.

KALTBLUT: Have you done any collabs in the past, going forward would you focus on solo projects?
Saintabis: There are many people I’d like to work with in the future, people that have inspired me I’d like to meet. As of now, I got some friends who are really creative, all from different musical backgrounds, which influence me and with whom I work from time to time. But in general, I’d rather describe myself as a loner when it comes to music. I need my headphones, time and space for my own to find my vibe and to be able to express my truth.

KALTBLUT: A lot of recording artists and indie labels have taken to putting their music on Apple music or Spotify, does this appeal to you?
Saintabis: Yeah I believe that’s a great opportunity. I was always annoyed by the fact that you would need the Spotify, Soundcloud, Youtube and Bandcamp app to touch upon everything you want to listen to. Centralizing it to one or two key players would make it much simpler for the listener to keep an overview. Hopefully, though, this won’t mean the death of the underground and the digging for music, both for the artist and the listeners. But I am optimistic and when I will have created a body of work I want to put out, I will definitely consider Apple Music and Spotify.

KALTBLUT: Do you think it’s a healthier model or cheapens the standard to which musicians work?
Saintabis: I believe that there is no negative aspect except maybe the missing repost function. I always felt like the repost option is awesome because you knew what the people you like were listening to and was an easy thing to explore new music. But maybe, this will also be equivalently replaced by artist’s playlists. As long as it is easy to find new artists I believe in every platform.

KALTBLUT: Who improved your work ethic, made you work harder?
Saintabis: Me.

KALTBLUT: Is there a place that you’ve always wanted to perform? Where do you feel most comfortable performing?
Saintabis: The perfect situation for me would be a set at night in the garden on a villa on the coast, free entry, all my friends would be there, and it would be warm. I gotta make that happen at one point! Playing in my hometown maybe also.

KALTBLUT: Are you more affected by dreams or nightmares? What’s the least you’ve slept and had to work the next day, can you describe the experience?
Saintabis: The least was none probably and I was dead the next day. Need my sleep and it is definitely not positive for me to get through a day after sleeplessness. Concerning dreams, they are 99% positive, can’t even remember my last nightmare. When I dream, its always a bizarre situation with a funny ending. Maybe that’s life in a nutshell, haha.

KALTBLUT: What is perfect music to you?
Saintabis: Music that is honest. Music which was not made to appeal to the largest amount of listeners but only tries to express the truth. Music, that is made out of the emotion, and which tells you something new. For me personally, a new song that comes from that described origin can create a new emotion – a whole new vibe, that is tailored on that specific song or album. For example, listen to works such as “Blond” by Frank Ocean or “A New Place 2 Drown” by Archy Marshall. Are there albums out there that you could compare to them? Is the feeling you have while listening to Blond the same you have while listening to another album? Riding a car through the night while listening to Archy’s album or watching a sunset on a coast to Blond, that’s perfection to me.