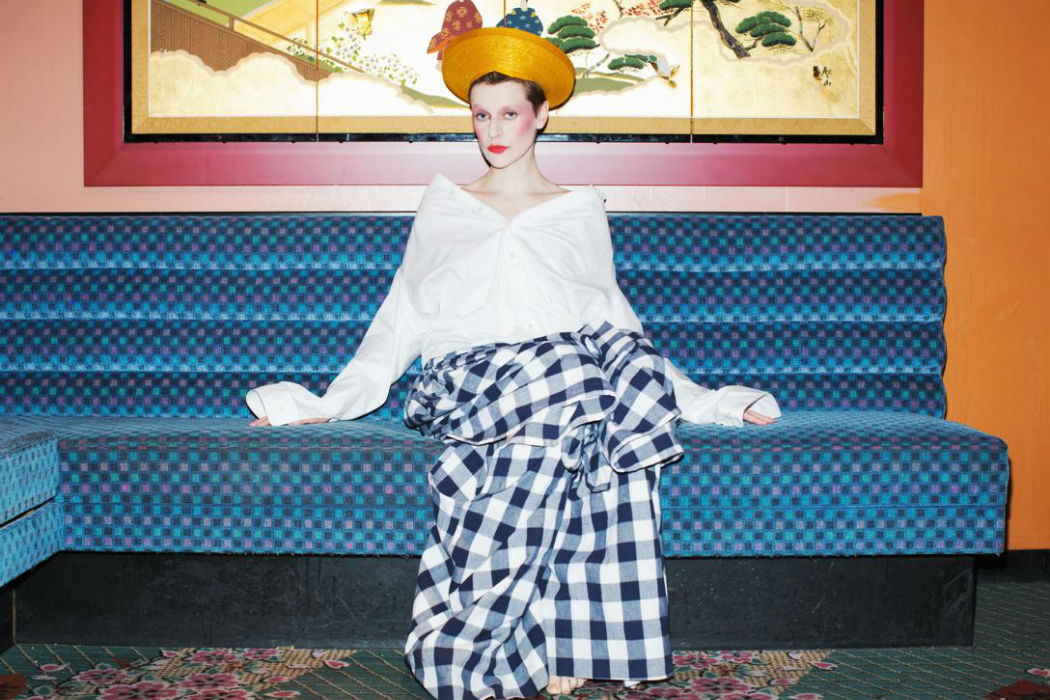 It’s been just over decade since Sarah Assbring released her debut album ‘Look! It’s El Perro Del Mar!’. With a string of reputable tracks, numerous tours and collaborations, including with Lykke Li, Gothenburg’s cult queen of indie-pop is back with her sixth album ‘KoKoro’. Written and produced by El Perro Del Mar & Jacob Haage, the 10 original songs of ‘KoKoro’ are Sarah Assbring’s most ambitious and musically adventurous to date, but no less emotionally direct, covering themes that speak to both big and small matters of the heart. With soundscapes that reverberate of Thailand, Sumatra, India, Ethiopia, and China, the orchestration of ‘KoKoro’ is unlike any of El Perro Del Mar’s previous releases. We spoke to Sarah on her recent work and what drove her radical reinvention during the production of ‘KoKoro’.

KALTBLUT: Have you always been a musical person from an early age?
El Perro Del Mar: I think so yes. Or in that I, from as long as I can recall, have been very drawn and emotionally affected by music. I started singing very early on and soon realized it had a very soothing power over me.

KALTBLUT: What caught your attention during these influential years?
El Perro Del Mar: Melancholy music and the effect it had on me. Definitely that. I’ve always needed some pinch of melancholy in music for me to be drawn to or interested in it. It’s still like that. And the depth of harmonies in general. Just the texture of harmonies and layers and what places they can bring you to. And just the expressing of emotions I guess. The possibility and freedom music gives you to talk about and however you want.

KALTBLUT: With KoKoro being your sixth album, did you find yourself pressured to work at an entirely new creative level?
El Perro Del Mar: It’s never about pressure for me. It’s more to do with a need to feel curious and in love with music everytime I start working on a new album. I need to search for a while to find a new place or a new tool that makes me feel those things to somehow bring out something new from me, something that makes me curious about myself. I guess that’s it. I’m really hard on myself and I try to find a place where I can be less hard on myself.

KALTBLUT: What does the album explore, and what were the main influences for the writing process?
El Perro Del Mar: New, for me, geographical parts of the world of pop and in that just OTHER ways than are usually brought forward of pop. I also want to explore a way to speak about other subjects than I’ve done before – the condition of the modern human being, the state we’re in and the society we live and the pressures that are put on us. I found myself only listening to music from certain places in the world; for example Indonesia, Cambodia and Pakistan etc. The music I was after, because I was definitely after something in particular, was something that had wonderful rhythms, melodic and specific sounding vocals and beautiful instrumentation.

KALTBLUT: With a strong Asian influence throughout the album, what is it about this culture that impacted you so much?
El Perro Del Mar: I’ve always been very drawn to Asian culture, Japanese and Chinese in particular. There are so many things about it that I don’t know where to begin but I guess what’s sums it up is the mix of the traditional and the very modern. The vibrant and the colourful and the balanced and the spiritual.

KALTBLUT: Your videos are beautiful and tell such a vivid story, how did you first come into contact with Connor Hurley?
El Perro Del Mar: Connor Hurley is an amazing young director and actor who on his own initiative and means made a video (or short film as I’d like to call it in this case) for an older song of mine called “In The Woods”. He then contacted me and presented it and I was just totally blown away by the complete cinematic experience of it. I’m so glad to have met him and I can’t wait to work for real with him in a near future.

KALTBLUT: What is the next story to be told?
El Perro Del Mar: I’m not completely sure but it’s to do with a big dreamy dress in a room and nature…