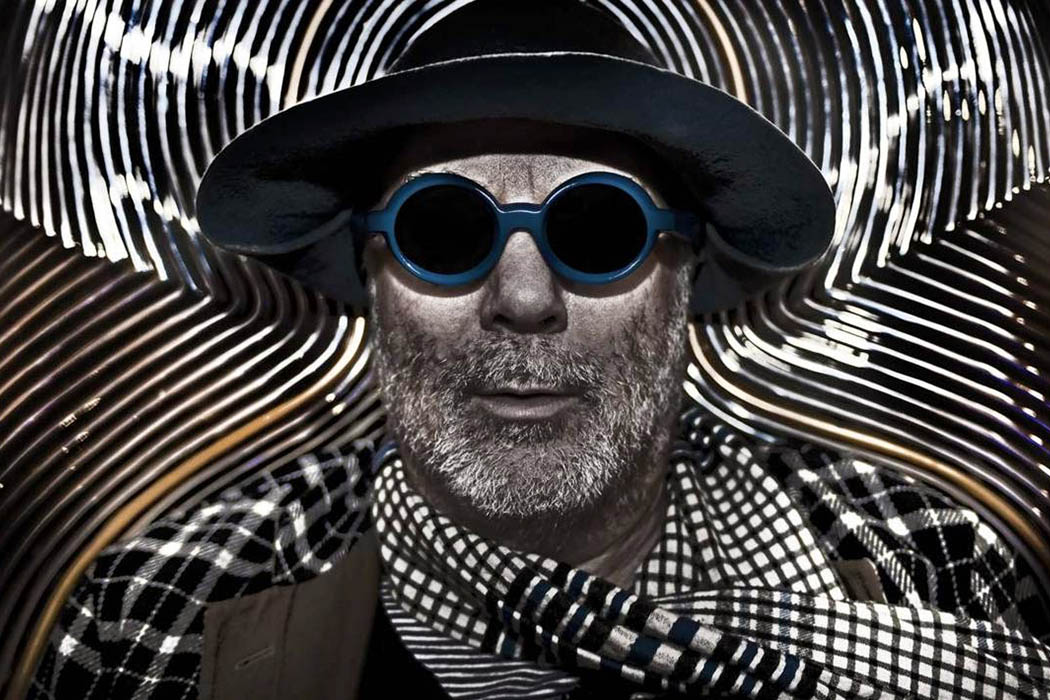 An Interview with Ron Arad

Ron Arad is known worldwide for his architecture, design and iconic rover chairs. And now he is designing his own eye wear collection. Our editor catches up with the designer himself to find out more about his new eyewear collection. Giveaway: Become an Instagram follower of KALTBLUT and pq-eyewear to win your favourite pair of glasses! Follow the LINK and choose your favourite pair from the D-FRAME collection. Send an email to win@kaltblut-magazine.de

KB: Let’s start from the beginning of your creative career. Can you tell us about the London of the end 60s and early 70s? – The London that attracted you and formed you at the same time. Is it true that you were a big Roxy Music fan and wanted to become the new Brian Ferry or the new Brian Eno?

Ron Arad: Those bands are amazing, and I never had the illusion that I knew anyone. But it is true that London seemed like an amazing, creative and exhausted place. It wasn’t that English firms were more attractive to me than American firms. There was something in the area of London. Part of it was real and part of it invented a new mind.  Of course, when you get here you see some things that are better than you thought, and some things not as good as you thought they would be. But fact is, that I didn´t plan to come here to stay forever, but I did stay. So that means that it was better than I thought.

KB: Talking about the London of the 70s, how was your reaction to David Bowie’s death, one of the icons of this period? We at Kaltblut are a big fan of Bowie and of his Gesamtkunstwerk approach – going beyond genres, styles, decades, do you see a parallel between his artistic practice and yours?

Ron Arad: I don’t want to be pretentious and compare myself to an amazing, one of a kind, creative, brave, surprising, fantastic artist. With all that he was super talented and his way of playing with his voice, with his acting was amazing. Even his sketches were fantastic. He was a great creator. These weeks right after his death, everything is sort of put in front of a scan. Not to reassess, but to tell us: Look, this is what we have.

I don’t know if you saw the show at the Victorian Albert Museum. It was a great, great show. Yes he was part of the London of the 70s, but what can I say that wasn´t said better than by me in the last weeks.

KB: Can you recall for us when Jean Paul Gaultier entered your studio and decided to buy the rover chair for his stores? Was it your fashion moment?

Ron Arad: First of all, it was in 1981 and I don’t think I knew exactly who Jean Paul Gaultier was at that time. He used to come to London to look for creative street styles. And my studio was at Convent Garden, right at the heart of it. I had a couple of rover chairs in the studio. They were there for a year, but no one noticed them. No one was too excited about them. I was there on my own when someone opened the door. It was the day after Christmas where people don’t know if shops are opened or closed.  I told the guy “sorry we´re closed” and the guy on the other side of the window said “yes, but I want to buy those chairs!” So I let him in and then he bought six of them. At that time I had only made two. And later we discovered that we share a birthday and we share a lot of other things as well. And after him, and I keep saying not because of him, this piece became a hit. You never know what is coming. You couldn’t predict what is exciting next. It was a private thing. He didn’t buy the chairs for his shop, he bought the chairs for himself.

KB: So it was a really big moment for you?

Ron Arad: In retrospective. But it was a very exciting period being in Covent Garden.

Ron Arad: Because the big vegetable market was closed, and the big multiple stores didn’t come in yet. And there were a lot of amazing and creative people like Paul Smith and his first little boutique, which was very special.

KB: What are your memories of the 80s in London? Were you a party-goer as a reaction to the very conceptional and political approach of the 70s?

Ron Arad: I had a place that I didn’t know, when I look back at old films now. It was an incredible place, incredible gatherings, parties and art exhibitions. But it wasn´t special for me because I didn´t know any other things. That was life. And I remember once we had a group of Japanese people coming in and they wanted permission to take photos at one of our parties in the studio. And I said “okay give me your card and I´ll call you when a party is on.” And they said that they are going back to Japan on Friday, so I said “sorry there is no party until then.” And they told me that their editor told them they must take pictures of our party. They said “we would buy the food and the drinks and will pay 50 pounds for every guest that would come.” That was a lot of money at the time, and still is. So I started calling all my friends. The Japanese asked me all those questions: “Where did you buy those shoes?”, “Where did you get those trousers?“  They wanted to write it in their magazine. And after the party everybody that left, was paid. It was very, very bizarre. The magazine was called AnAn. And when I saw the magazine, I saw that they featured different parties for example at Andy Warhol’s factory. So throwing that party was a good investment.

KB: Can you tell us how the pq project came to life?

Ron Arad: There is this guy; Assaf Raviv who was in the eyewear business. And he wanted to have his own brand, and his idea was to reinvent the frame. And I wasn’t sure I wanted to do it, but I wasn’t sure I didn’t want it either. So he said “okay why don’t I come back in one month” and then he came back again the next month. He just wouldn’t let go. And here we are. I knew an eyewear brand is something that is constant.

Ron Arad: At the beginning we had all kinds of words that a copywriter brought to us. But when I saw the word antiordinary I said “okay let’s use that.” Everyone comes with a name. And we were looking for a name to describe what we did, but then the name had an effect on what we were doing.

KB: The 3D printing plays an important part in all your design practice and in the pq project too. Can you tell us more?

Ron Arad: In the end of the last century, we started playing around with 3D printing, and we did a show called “Not made by hand, not made in China” in Milano. And in those days the process was so exciting. But after a while, 3D printing became just another technique of making things. It is very exciting, but not so exciting that it should be the only way of making things. There are many ways of doing things. I´ve heard that people bought the frames and didn’t even know they were 3D printed. They buy them because they are good. They are lighter, better, flexible and they come in different shapes. If someone is interested in how they are made, we´ll give them all the information. But I don’t think that 3D printing should be put on a flag.

KB: Do you think that 3D printing is a temporary trend or is it the basis of a revolution when it comes to production?

Ron Arad: I think that it is exciting as the iPad was, like the walkman was. It is excellent and fantastic, but we move on. It is just a new tool that we have.

KB: Which are your favorite models of the collection?

Ron Arad: My favorite ones are not out yet. We are still working on them (laughs).

KB: Can you tell us more about your latest baby in the eye world, the B-Frames collection?

Ron Arad: The earlier D-Frames were made out of one piece. But I wanted to make something out of two pieces. Something you can mix and where you can put together different colors.  The problem here is that we have many more ideas that we want to introduce to the industry. So the B-Frame is like an example of what is to come. You do something, and then you take it a step further. It is never ending.

KB: Who is your ideal customer for your eyewear collection? Fashion possessed? Or design possessed? Or is it someone who buys your chairs and work of art?

Ron Arad: People with personality and want to wear glasses anyway. They are for people who like what they see and recognize what they like about it. Anyone that likes our glasses should enjoy them.

KB: Is there a fashion designer you would like to collaborate with for a pq eyewear meets prêt-á-porter show?

Ron Arad: I am very good friends with Issey Miyake, and we have collaborated before. Maybe we will do a collaboration again.

KB: Is fashion for you, an artist and designer, a bad word?

Ron Arad: No, fashion is not a bad word. You can´t help but watch the power of brands. I don’t wear clothes; I wear this brand or that brand. Some elements in fashion can be exciting, but freedom from fashion can also be exciting, which is fashion in its own right.