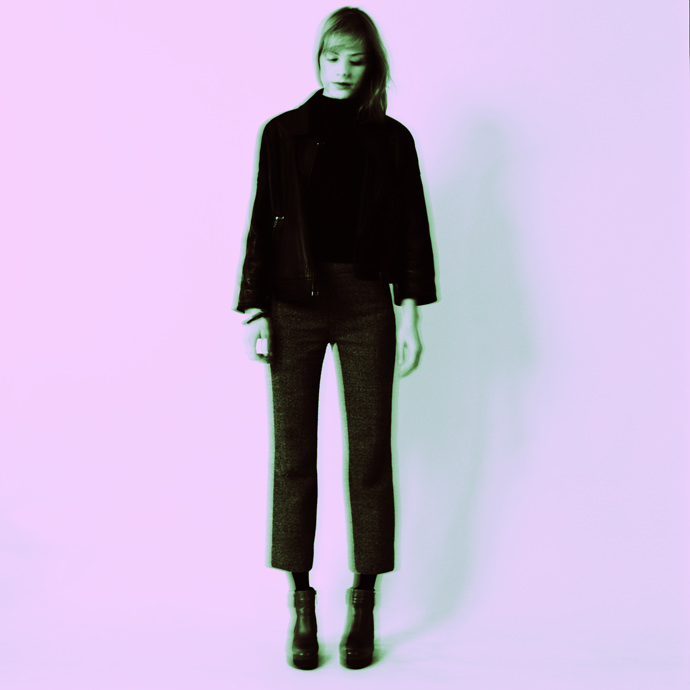 A few years ago Bristol/Berlin musician Anika swept the underground scene off its feet with I Go to Sleep… and has played countless gigs since then including a couple of Boiler Rooms, festivals and radio shows too. Before her overseas band Exploded View releases more eagerly awaited material, Anika is experimenting further with solo DJ sets and releasing a remix on 12″ with Thomas Winkler next month. She answered our questions in-between two band recording sessions in Mexico City.

KALTBLUT: Annika, you are recording some tracks in Mexico, tell us about this choice of location and your new music.

Annika: In 2014 I was playing an Anika show at Normal Festival in Mexico and needed a band, so, with the help of a friend, I put together a Mexico City based line-up that turned out to be an all-star cast. There was some strange chemistry between us that I had failed to find in Berlin. We ended up recording a whole album of demo material in between rehearsing, writing everything live, lyrics included. It just seemed to flow. It’s something I have never experienced before apart from with Beak> but even then, it was something totally different; a new set of dynamics and emotions. For that reason, we also decided to give our project a new name, Exploded View, because it was something separate from what had been created in Bristol back in 2010. I went back to Mexico at the end of 2014 to complete the recordings and then in 2015 things kind of fizzled out. We all had our personal stuff to deal with but regardless, during that time, Hugo and Martin began the task of producing the weird stuff we’d recorded. The result will be released in August this year on Sacred Bones.

KALTBLUT: You also feel like DJing more, how does it feel to be a DJ in a club as opposed to being on stage as a live musician?

Annika: I like it because it gives you this link to public escapism, a thread to what is really happening in the world, to humans, what they are using to escape or deal with reality. That’s what club music is to me. I’ve always loved bass and drum sounds, as a child of 90s and 00s London, preferring a heavy dragged baseline to a tinny sharp high. For this reason I play a lot of dub-influenced stuff. I guess this was also the reason I got on so well with the Beak> boys because Bristol, like London has this underlying dub influence. Living in Berlin for the past six years has corrupted this slightly, and these days I have a slight penchant, or at least understanding for the sharp hits, resulting in a pretty diverse DJ set.

KALTBLUT: You became a musician with a little push from Geoff Barrow, what or who would you say inspired you to DJ?

Annika: Well my brother was a drum and bass DJ when we were young, my sister a jungle raver and my lodger a dance and trance DJ, so there were a few influences in the house. I used to DJ when I was a promoter in Cardiff too. I don’t know, I think the reason I went back to it lately was to get inspired by music again and get this connection to real people. As an isolated artist, it’s easy to become a bit self-indulgent. You can’t really do this as a DJ. It’s like waitressing.

KALTBLUT: When you are back in Berlin, or in Europe, what are your plans musically-speaking?

Annika: We see, one step at a time. I just have to keep fighting the monster that tells me to pack it in and get a real job, whatever that is.

KALTBLUT: Any other plans in the near or more distant future?

Annika: Move to the sea. I miss it living in Berlin.

KALTBLUT: You are a trained journalist, what do you think of the current socio-political situation in Europe?

Annika: It’s a bloody mess. I think it’s very important that we keep questioning everything we see, read and start to believe. The most dangerous is when extreme views become mainstream accepted. That is only prevented if we keep our heads above water and close our noses off to group theory testosterone slash fear. There is no clear good and evil, despite what Disney taught us, so we just have to hold tight onto our morals, not generalise or justify violence in any form and remember that humans are humans, individuals are individuals and radicals are not representative of a larger body of people.

KALTBLUT: Do you feel like writing about it, or informing people?

Annika: Not always no. Because there isn’t always an answer beyond breaking down generalisations and giving a voice to those who don’t have a platform themselves.

KALTBLUT: Do you feel art and music are influenced by this situation, or that art and culture can be of any help?

Annika: Yes certainly. Art is an important tool to deal with reality and have a voice. Obviously it’s tricky because Art is now a mainstream commodity, so there is an overwhelming tendency for artists to overthink how their work will be received or about direct financial reward. The clever thing of the artists of the past, commissioned by some of the richest landowners, is that they’d hide their true messages within their paintings, which would end up hanging in some of the grandest hallways. The artist got the last laugh in those cases. There’s also the more direct form of using art a tool for social rebellion but everyone has to find their own way or reasoning.

KALTBLUT: When you want a break from the outside world, or from your music career, what do you do?

Annika: Go look at the sea for a few hours and maybe swim in it. The noise drowns out all the distractions…