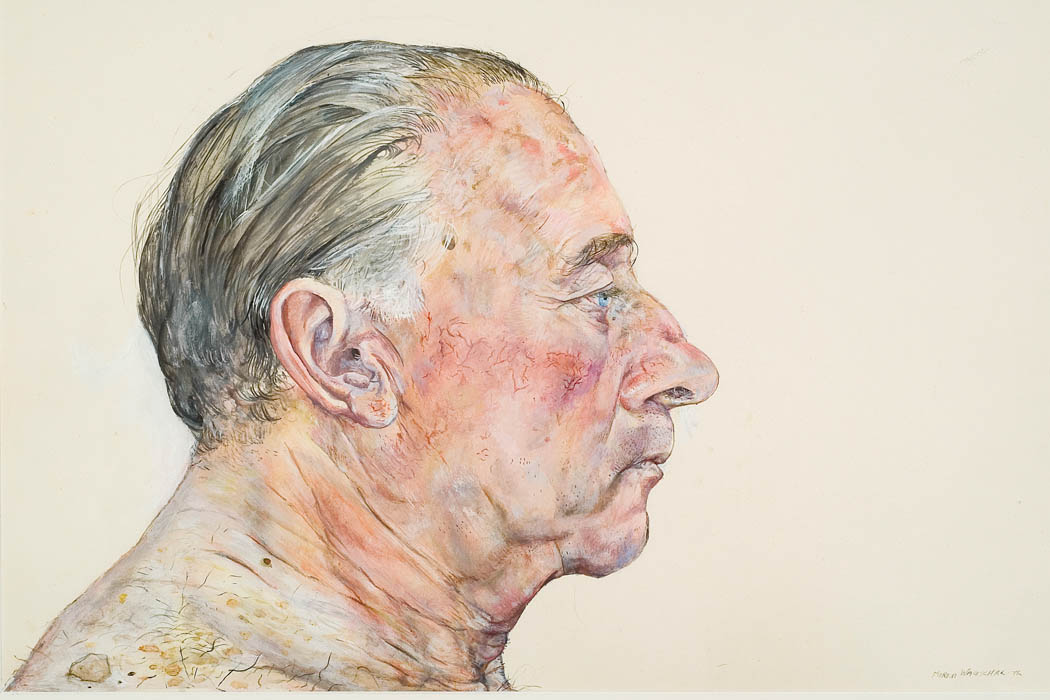 Artist Of The Week: Marion Wagschal

I caught up with Marion Wagschal on the phone. She’s preparing her first ever show in the UK and at the Canada House Gallery. First ever? Seriously? This woman is a major painter, and is dealing with contemporary themes. She’s had retrospectives at the Montreal Museum of Fine Arts and at the Gallery of Nova Scotia, so why only now?

Her works will probably reming you of Lucian Freund and Elizabeth Peyton. She has the same strength and cruel accuracy as the first and the same washed colors and precision in the blur than the second. Exploring mostly the human figure throughout her carreer, Marion Wagschal puts in light a singular relationship between the head and the body.

Through the body, Wagschal engages a dialogue that goes from her own position as a woman painter in the world (Cyclops, 1976) to the complicated links between two brothers and their father (Spill, 2000). She depicts all the twists and turns of the meat we carry around and that bears the scars of our lives, may they be happy or traumatic. In Wagschal’s work, the emotions and facts are all treated equally, with sensitivity yet a great precision.

In 1943, in Trinidad and Tobago where she was born, Wagschal’s family was fleeing Europe like many at the time. She spent her first years in the tropics, bearing the pressure of the world’s events as well as gathering the incredible life force of nature and the people.

In London, she’ll show a selection of paintings from 1980 to 2015 with a focus on psychological portraits and her preferred subject: the feminine figure as a repository of stories both personal  and universal.