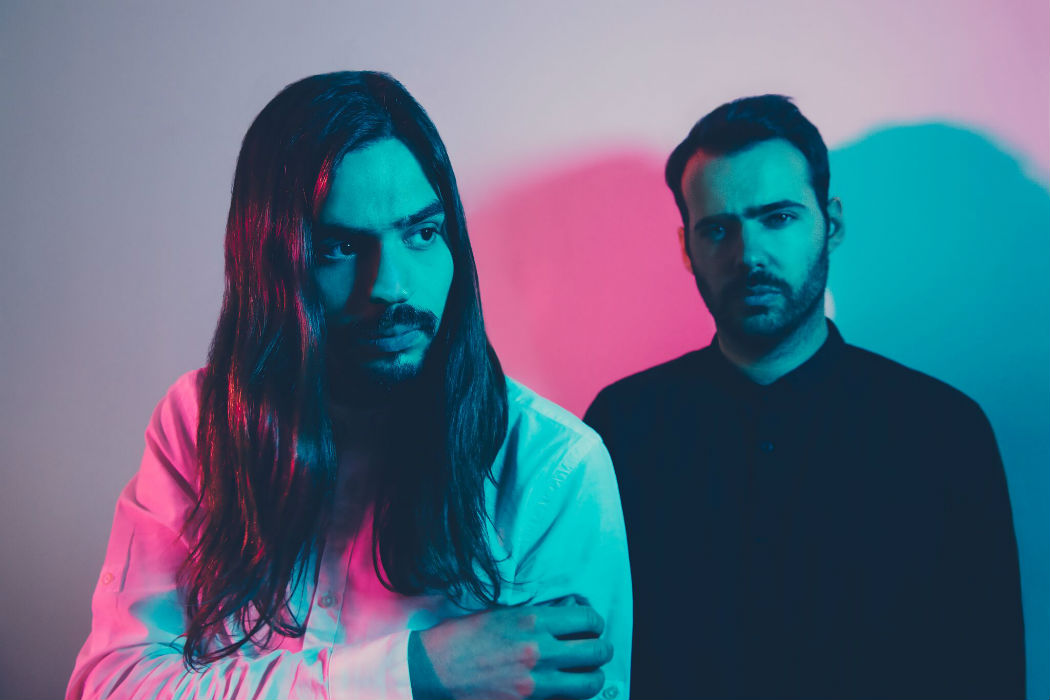 Beacon’s third full­ length record enters sight as a work of meticulous revision and refraction. Returning home to New York in 2016, four years and several tours since the duo’s first release with Ghostly International, Thomas Mullarney III and Jacob Gossett knew the next direction would be different. Together they embarked on open­-ended sessions, adopting a more linear style of songwriting compared to their previous loop and texture­-driven method. They fundamentally constructed demos from piano chords and guitar phrases with vocal melodies, editing iterations almost ad infinitum, looking through each from a multitude of angles. A prismatic collection Beacon calls ‘Gravity Pairs’, which is set for a November 2nd release on Ghostly International. In the run-up to the release, the Brooklyn duo share their current Top 5 tracks and videos.

“This is my favorite track off the Son Lux record from earlier this year. I love how disjointed the rhythm of this song is, it really surprises you throughout. They really know how to strike a balance between experimentation and accessibility. They’ve released a number of exceptional music videos, but this black and white cinematic gem is probably my favorite. It shifts the mood of the track into unexpected territory, highlighting the strange beauty within.” – JG

“This video is a masterpiece. It’s not often music videos get this ambitious in both content and technical achievement. You can feel the scale of the production. The seamless blend of grand cinematography and 3D modelling is on par with big-budget filmmaking. I love when I come across music videos that seem to raise the bar for the rest of us.” – JG

“Oscar Hudson is one of best music video directors working today. In the spirit of Gondry, he finds these inventive techniques that really speak to the spirit of filmmaking. Just the simple idea of a military grade thermal camera brings all kind of visual and conceptual possibilities. The best ideas are often simple ones, and he showcases that in this incredible video for Young Fathers.” -JG

“Paul White’s new record on R&S is beautiful and this track is a standout. I love the blissed-out visuals from Ruff Mercy. The clip looks like a collage of ambient light leaks, hand-drawn directly onto film. There’s a sense of escape in this song that pulls me in. It reminds me of travelling around Europe alone when I was 19, listening almost exclusively to Bibio on an iPod mini.” -TMIII

Video Premiere: We Are The Way For The Cosmos To Know Itself – Shallow Waters

“Audio-visual duo Sculpture released their new album this year accompanied by a graphic novel. I like everything about that. Nearest Neighbor combines infectious, oddball samples with some disorienting visuals that remind me of those crazy Youtube clips from Cyriak. I love seeing projects that seamlessly combine a musical and visual language – it’s a big part of what we try to do with Beacon.” -TMIII