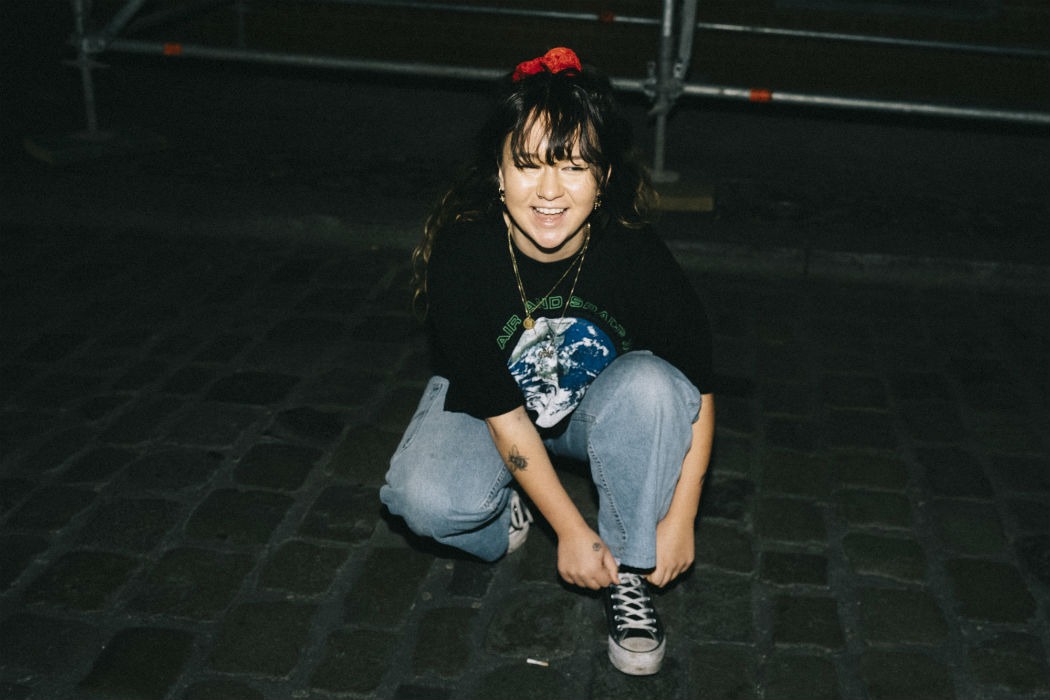 Before the Show with Brisbane Pop-Maker Mallrat

Few people make it through their teenage years without an awkward phase and even fewer know exactly what they want from life. But, along comes Grace Shaw: the Brisbane-born boss babe, behind the moniker Mallrat. Mallrat is a bright, shimmering voice amidst the general lull of teenage life in suburbia. The effervescent character of her songs even extend into the glittering visuals of her music videos. She conjures up these relatable dreamscapes, or to quote Shaw herself, “little fairy tales.” She has been on our radars since releasing pop-infused tracks off of her laptop at 16 and is now one of Australia’s emerging talents. She has come into her own with poise, during what are, for most teens, uncertain and liminal years. KALTBLUT sat down with Mallrat before she opened for Maggie Rogers at Kesselhaus to talk about her current life on the move, growing up, performing headline shows, and more. Read our Q&A below. 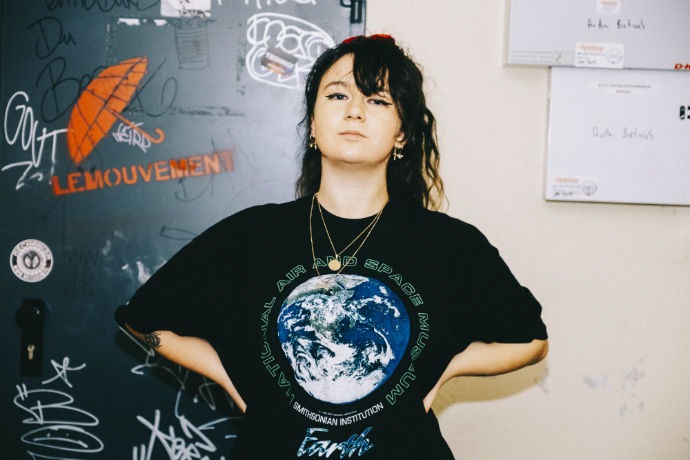 KALTBLUT: So, you’re on tour again with Maggie Rogers. How has that been so far?

Mallrat: It’s been really cool. It’s been really nice to come back to this tour because it feels like we know everyone in the crew. We built that friendship on the American tour at the end of last year.

KALTBLUT: What’s your favourite part about touring together?

Mallrat: Just like hanging out a little bit is really nice and getting to watch her play, because “Falling Water” is one of my favourite songs.

KALTBLUT: You’ve lived in Brisbane, then Melbourne, and now LA.

Mallrat: Yeah, I’ve kind of just moved to LA. I’ve only been in that house for like three days. I’m still between Melbourne and LA.

KALTBLUT: Why did you make the moves?

Mallrat: I knew I was going to be moving to America after Melbourne. I thought: oh, I’ll just go to Melbourne for a couple of months because I have a lot of friends there, and it’s like my favourite place in the world. But, I ended up living there for two years. I didn’t mean to be there so long, but I really love it.

KALTBLUT: How is the music scene in Brisbane compared to other places?

Mallrat: It’s actually pretty good. Brisbane is not the biggest city, but we’ve got some really cool bands like Cub Sport, The Jungle Giants, my friend Golden Vessel is a producer from Brisbane. There are heaps of cool people. 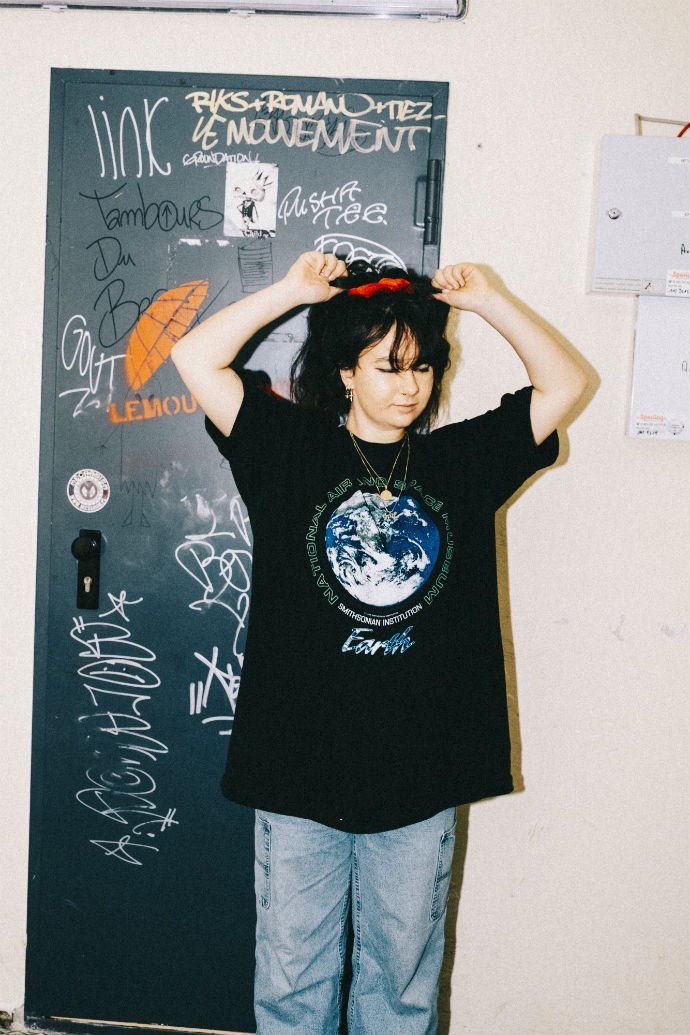 KALTBLUT: With only two EPs under your belt, you’ve quite impressively toured with Maggie Rogers, gnash, and Post Malone. How does that compare to playing shows on your home turf?

Mallrat: Touring with other people is really cool, but headline shows are always the most fun, because it’s people that know the words to every song and are singing it all back to you. That’s always very special. So, I’m really looking forward to going home in a few weeks and playing shows there.

KALTBLUT: Your song “Groceries” went gold in Australia – congrats. Did you ever have a moment when you were like “oh my song is on the radio”?

Mallrat: It’s funny because someone tells you that it’s happening, but you don’t always experience it. It’s not the same as seeing people at the show singing. Then, you can kind of start to comprehend it: oh, all these people really like the song. That’s a cool feeling. It’s hard to understand what’s happening until you’re at a show.

KALTBLUT: When you’re not on tour what is your day to day like?

Mallrat: If I have the day off, I just like to sit in the sun and have tea and read.

KALTBLUT: What are you reading right now?

Mallrat: I’m reading Mermaids, which turned into a movie, and it’s got Cher in it. Actually, I have it with me.

KALTBLUT: Your music videos are very dreamlike and have strong suburban visuals to them. What is your process when creating them?

Mallrat: It’s kind of different for everything, but I’m always so involved. In the earlier videos, I did it all, or with my friends. Lately, now, there are record labels involved. I do up a mood board and send it out to some directors, see what they come back with, how they interpret it. Then, I choose a director and work closely with them. So, that’s how the last few videos have gone. And I like that you said suburban. That’s what I’m going for.

KALTBLUT: The suburbs have such a negative reputation, but the way that you visualize them is so beautiful.

Mallrat: Thank you, that’s what I think about “Pure Heroine” by Lorde.

KALTBLUT: That one line about cities …

Mallrat: Yeah, “we live in cities you’ll never see on screen.” It describes such a moment that so many people can relate to – a period of their life. You kind of hate it while you’re in it. But, so much interesting stuff happens in boring places. So much growing up.

KALTBLUT: Speaking of growing up, what’s one thing you wish you could tell your 16-year old self?

Mallrat: I don’t know. I think she figured everything out ok. Probably just remind her that it’s ok to boss people around. I’ve had to practice that a lot. When you’re that age, you’re scared that you don’t know what’s best, because you’re so young. Everyone seems like they’ve been doing stuff for longer than you, so you think everyone else knows better. But a lot of the times, you actually know what’s best.

KALTBLUT: In addition to performing under Mallrat, you’d like to write songs for others. Do you have a dream-person in mind? 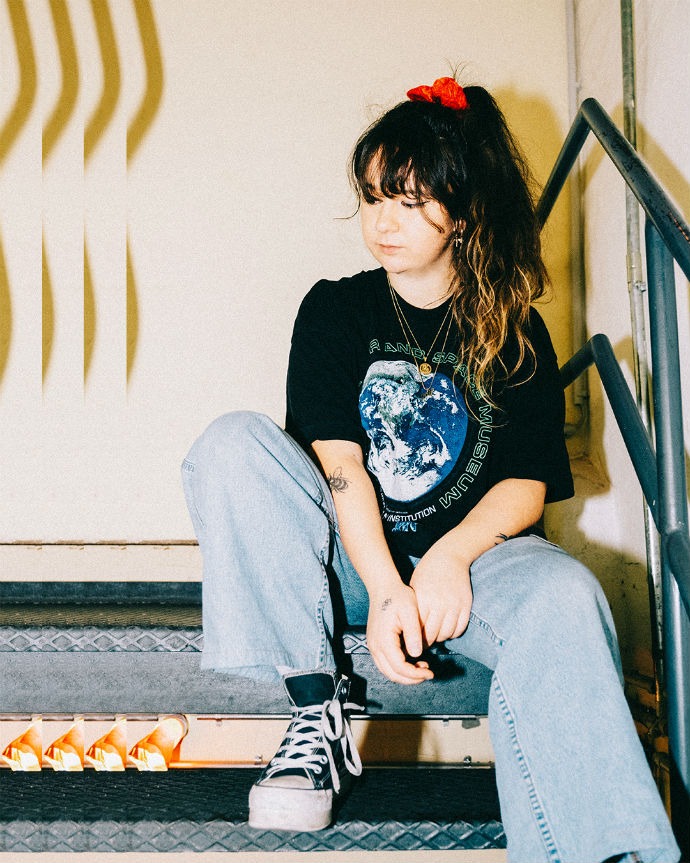 KALTBLUT: What does your “old room” look like from the song “UFO”?

Mallrat: Oh, that’s a good question. We have moved around a lot, so I have so many different old rooms. But my room in Melbourne is like a mattress. I haven’t got any bed frames for a while, just because we’ve been all over the place. And then on these walls (pointing to the left), I have coat hangers and so many clothes I’ve collected. So there’s a whole wall of clothes and a fireplace that I can’t use. And then, there’s a big mirror and some Polaroids next to the mirror.

KALTBLUT: You have such a cool style, what’s your inspiration?

Mallrat: It’s funny, the answer to the clothes could be the answer to my music taste as well. I like everything. I like stuff that contrasts. Really girly dresses with platform boots. Or like oversized-tees with delicate jewellery. Or old stuff and new stuff. High-end stuff with really shit stuff. I just like putting stuff together with stuff I maybe haven’t seen put together before. But also that I feel comfortable in, so a lot of really baggy clothes that I can move around in or jump around in.

KALTBLUT: Finally, what should we expect from Mallrat this year?

Mallrat: New music – I can’t wait for you to hear it! 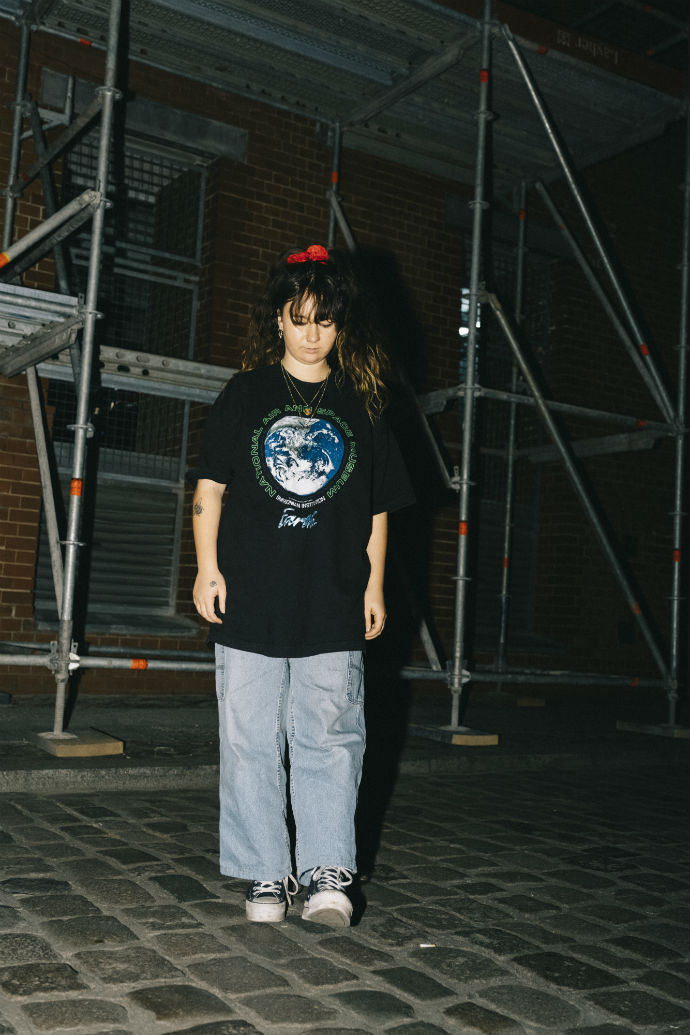 All photos by Alexandra Howard