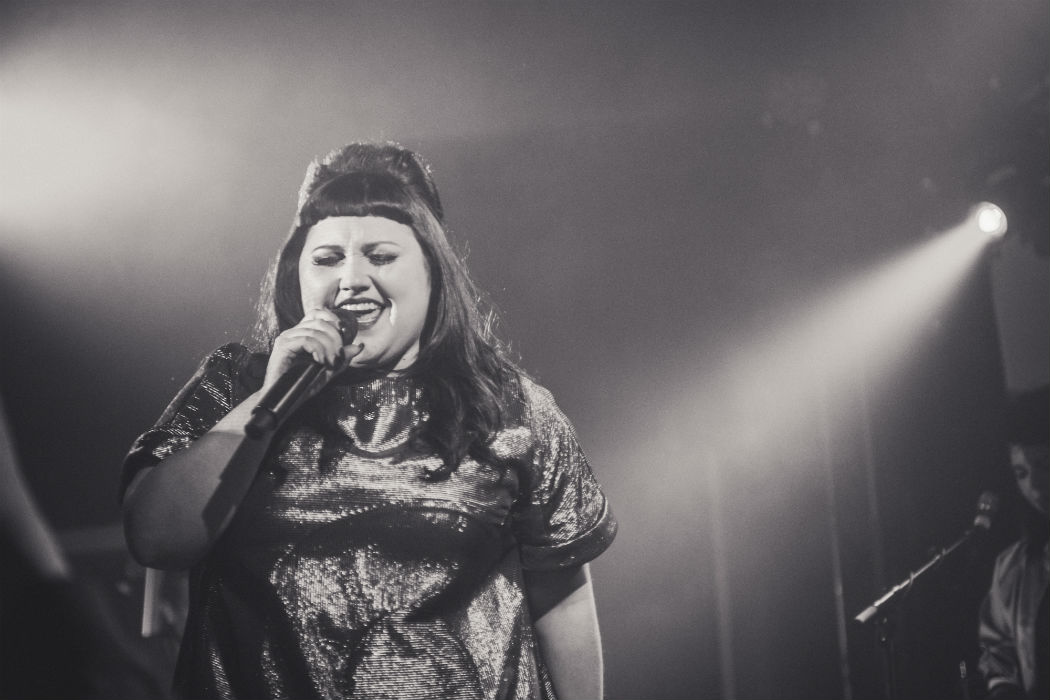 For the first time since breaking off from her 17-year long career with the band Gossip, iconic frontwoman Beth Ditto took the stage at Lido Berlin on April 5. As they began playing “Oh My God,” Ditto’s new band members were the only ones to be seen – until the petite singer appeared in the crowd and sang her way to the front. Ditto addressed the split from Gossip and introduced her new band, saying she is excited to see what the can create together. The running joke of the night was that she ends up talking too much between songs and forgetting she’s supposed to be playing show, like like when she asked the audience what clown is in German (hint: it’s Clown). The setlist also included nostalgic Gossip hits “In and Out,” “Heavy Cross,” and “Love Long Distance,” plus Ditto’s recently released solo single “Fire.”