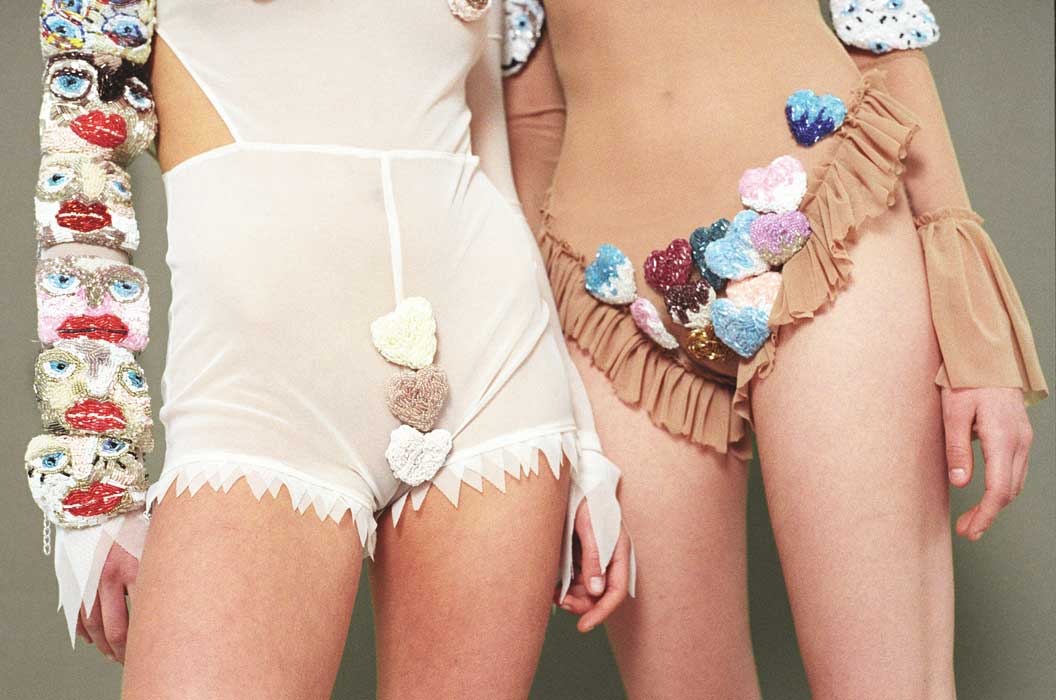 A KALTBLUT exclusive editorial. Bewitched is a collaborative project of the three adroit teens from the warm Ukrainian seaside resort Odessa – a designer Sonia Lvovna, a jeweler Masha Galkovskaya, and a budding photographer Kristina Podobed, whose heroes habitually play with distinctive features of contemporaneity and challenge the commonplaces of our time. “It’s neither lookbook, nor a campaign,” she explained, “Sonia sewed the bodies, Masha made the bijou, so we just got together and shot it”. “Indeed, we simply had fun,” added Sonia, “and our bodysuits were definitely designed for those who want to be the one to walk in the sun”. Ultimately, the project became a yet one photo series standing on the edge between a dull everyday prudence and a bright girlish folly. Have fun and stay bewitched! Models are SONIA LVOVNA, ZLATA ANDURA. Text by SYMON ZABOLOTNYI 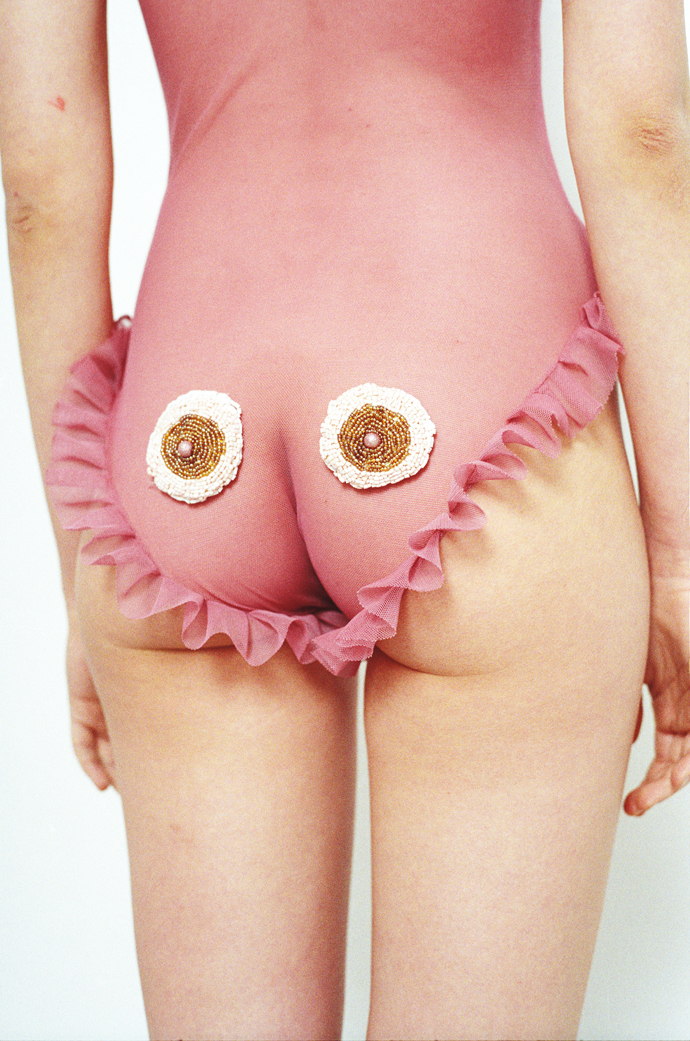 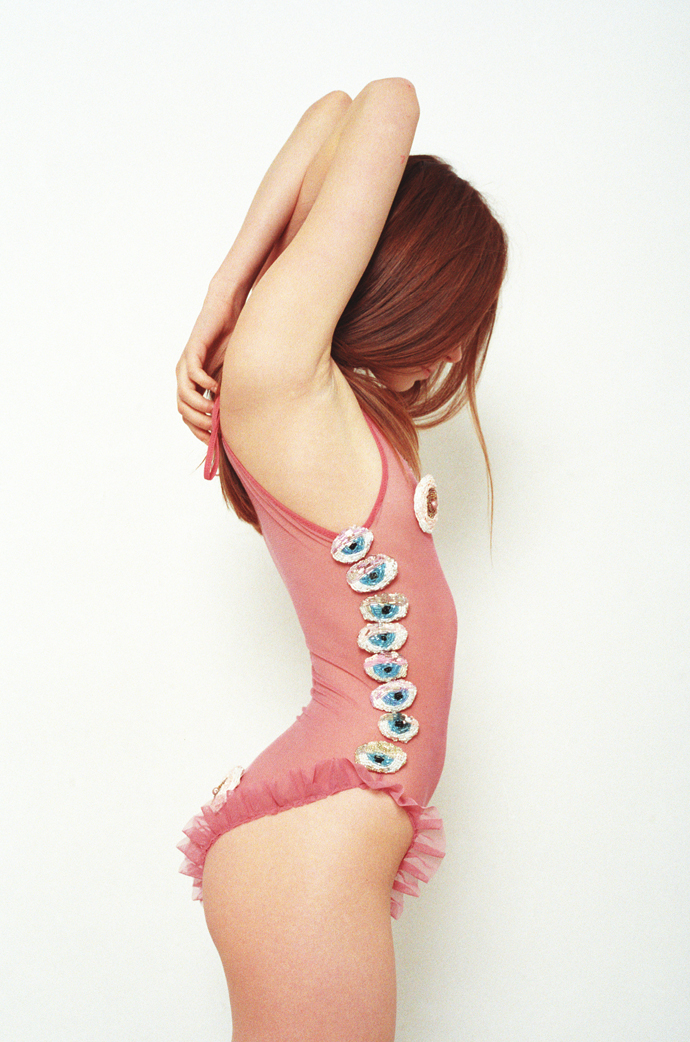 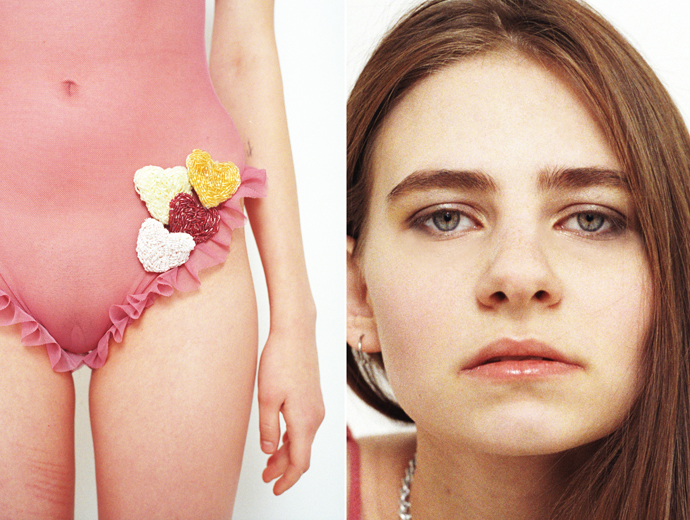 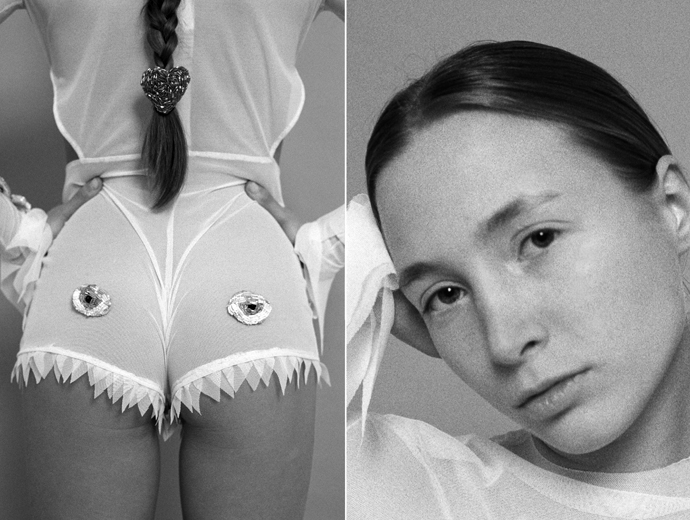 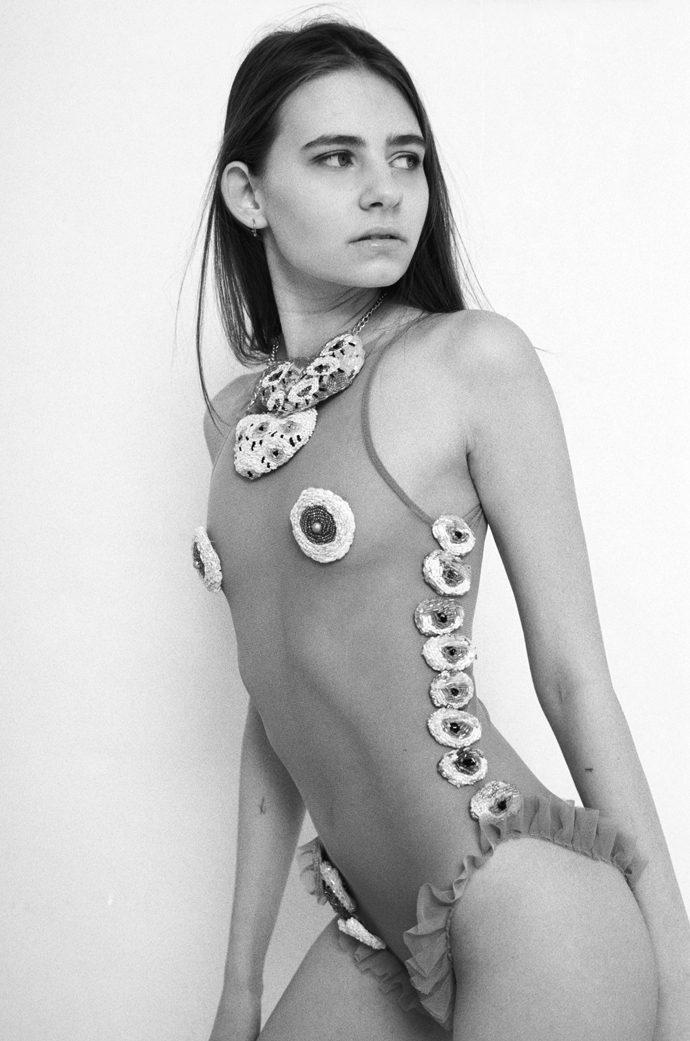 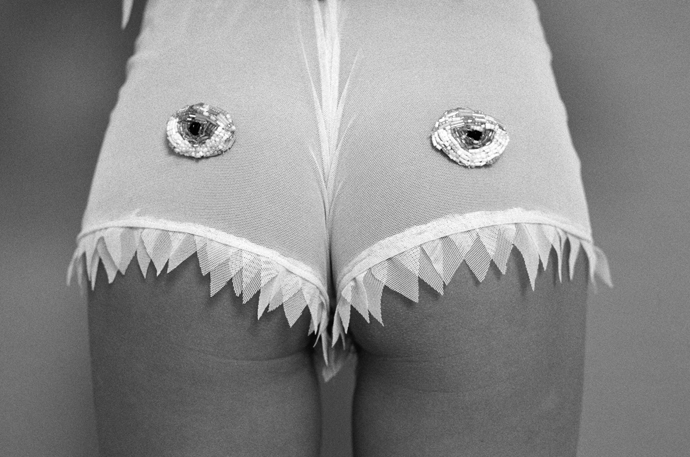 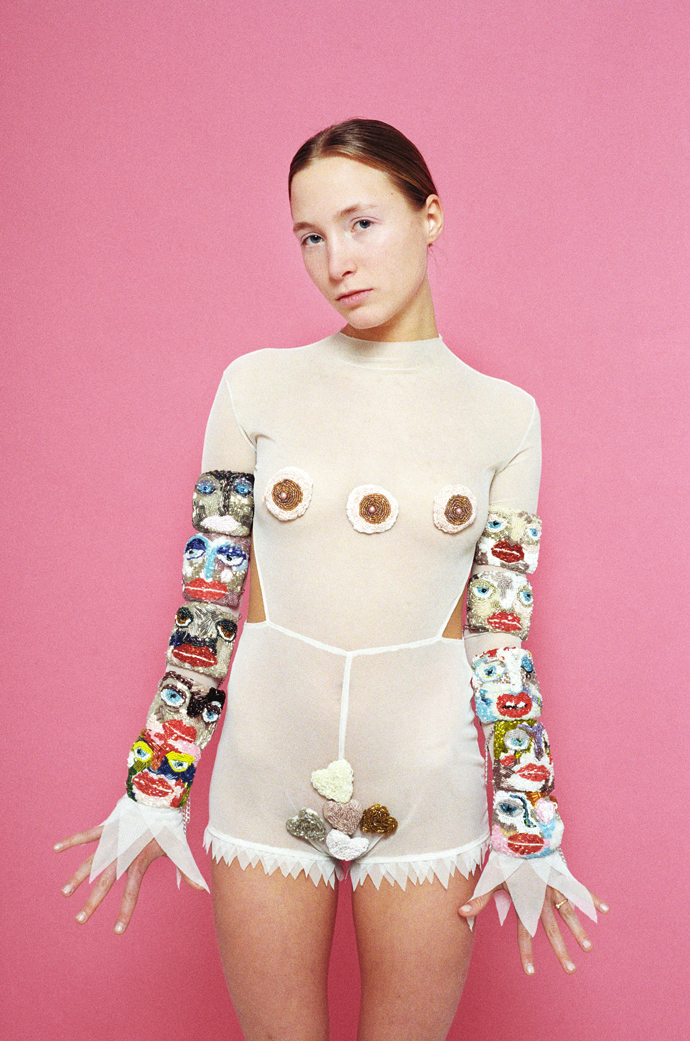 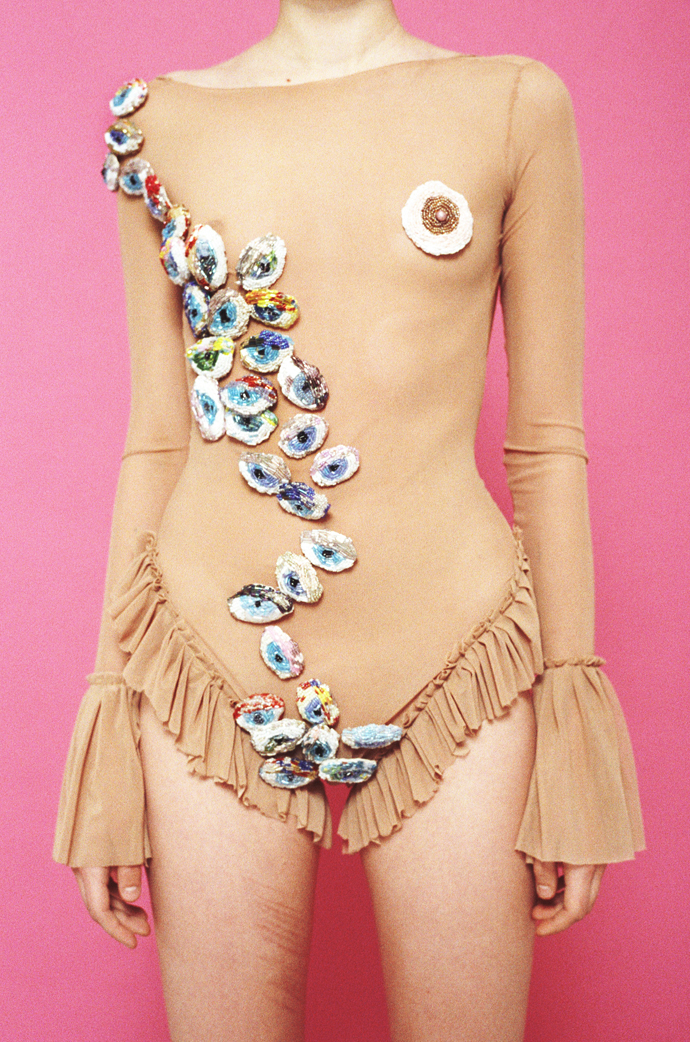