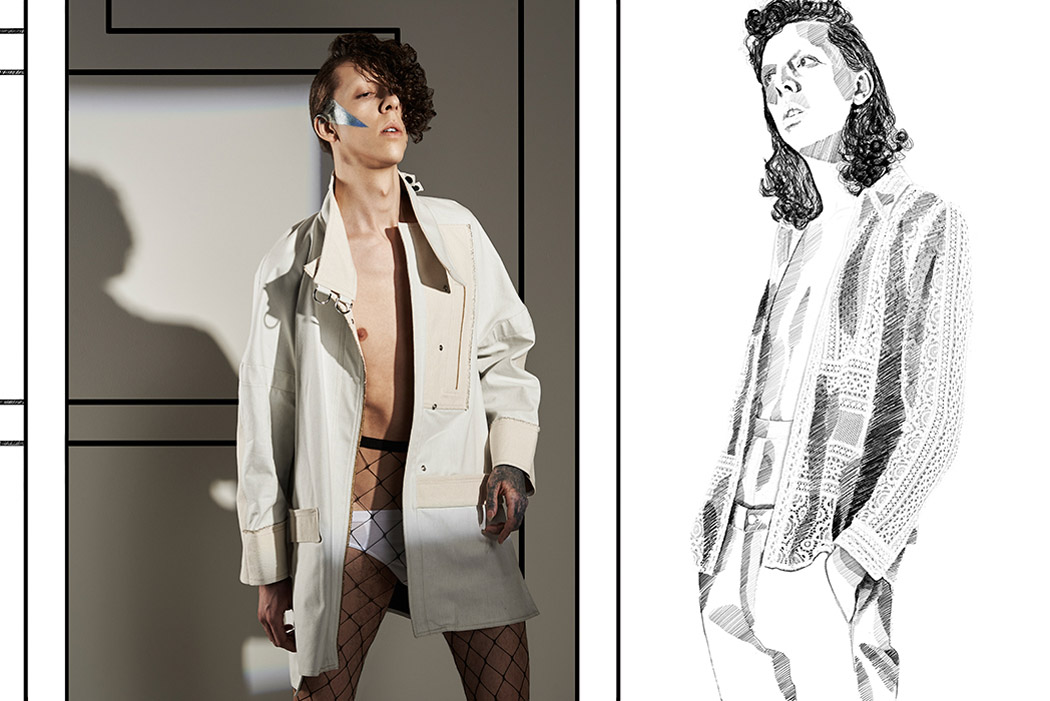 A KALTBLUT exclusive fashion editorial. Photographer Gabor Hercz captured Moon signed at Oxygen Models (London) for us. Illustration by Diana Vagasi. Stylist Geraint Donovan-Bowen used fashion by Stella McCartney, Dior, Marni, Paco Rabanne, Burberry, Joseph, Celine, 3.1 Phillip Lim. Make up by Riona O’Sullivan. Hair by Nicola Harrowell. The photographer says about his concept: “The 1985 music video to A-ha’s ‘Take On Me’ illustrates the traditional ‘boy meets girl’ scenario, when the heroine of the video falls in love with a character she sees in a magazine and is invited into his world. Using this narrative, the editorial explores the concept of genderless clothing. Our narcissus falls in love with another side of his gender identity and is presented alongside his illustrated alter ego in the Spring/Summer 16 womenswear collections. Styling references are taken from other androgynous icons of the decade including Adam Ant, Boy George and the late David Bowie.”