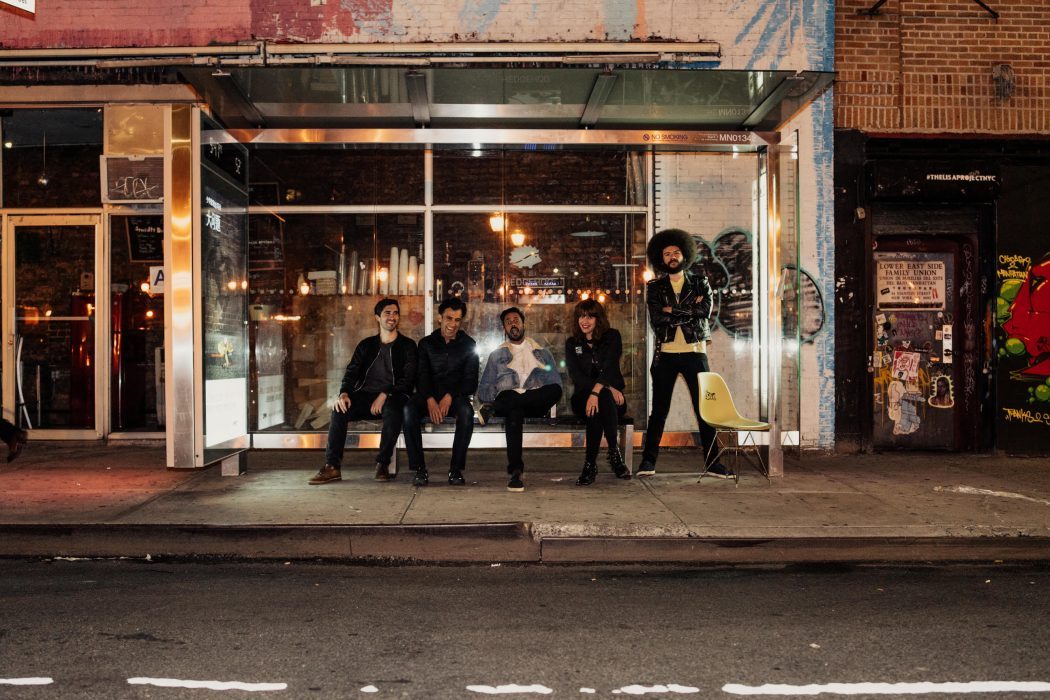 Brooklyn five-piece TARA share a brand new, slow amplification of a single through “Wander”. Listeners have the ability to teleport through a world full of soft surfaces, smooth cadence, and a reliable percussive backbone. TARA began once guitarist/vocalist Saagar Kurani made the move to NYC and attempted to create a balance between nostalgic and contemporary. It’s easy to detect the musicians’ strong attraction to deep shoegaze while realizing new-fashioned energy. We had a digital dialogue with Kurani about the project where we found the answers to a few kept secrets. Read on to unveil them for yourself.

KALTBLUT: How did the band come to be?

Saagar Kurani: A couple of years ago, I started creating various demos in my New York City apartment with the aim of creating contemporary yet still nostalgic feeling songs. Specifically, around this time, I was really into the 70’s Krautrock and experimental stuff such as Kraftwerk, Neu! Can, etc. I was also listening to 80’s post-punk/early 90’s shoegaze stuff as well (Slowdive, Spacemen 3, Cocteau Twins).

Though this track “Wander” is quite a bit different from such influences, there are numerous songs we’re releasing this summer (including our first release “Second Guess”), which all personify these influences.

Back to how the band was formed: a friend of mine from Oakland, CA (I moved to New York around the time I started creating these songs, circa 2017), introduced me to Wes Deimling (guitarist/vocalist). He was best friends with the guitarist that replaced me in a band I used to play with back in the Bay Area. He had just moved to New York as well and we got along instantly. We went through around three or four different members to finally come to the point that we’re at now. As time went on, Wes decided to sing over my tracks and things took off from there.

KALTBLUT: What was the driving force in creating TARA?

Kurani: When I moved to New York from the West Coast, I told myself that I have to start a band and play my music, not someone else’s. I set a personal goal to make it happen. Initially, it was really tough to find anyone (still is), though none of it would have been possible without Wes, Stephen, Alexa, and Jack. Everyone in the band wants to play music. That’s basically the gist of it and I’m lucky to have found [them].

KALTBLUT: What do you think was a major influence in pushing you to play your own music once you moved away from the west coast?

Kurani: I was always been around music. I’ve played music my whole life. My dad plays the tabla (Indian drums) as well as harmonium, and I grew up with music always being in my life. From ages 12-18, I was in the school band playing alto sax. When I was 14, I picked [up] the guitar and fell in love and never looked back.

As I got older (early 20’s), I realized playing other instruments (drums, keys, bass) came really easy and at the same time, being in bands helped solidify my confidence in my own music. Like most musicians, I’ve always had an urge to play my music onstage and release it. When I moved out to New York, I knew that if I couldn’t start a project here then I wouldn’t have been able to do it anywhere really. I guess moving to New York and starting a band was something I wanted to prove to myself more than anything. Of course, finding people like Wes, Stephen, Alexa, and Jack, only helped with this process. Their time and effort are invaluable.

KALTBLUT: Can you expand on the different influences and previous musical projects each member of TARA has?

Kurani: Like most musicians, all of us have been in multiple bands in the past and are influenced by so much – the initial influence for most of the songs are as stated above, old psychedelia which encompasses very early electronic stuff/shoegaze to contemporary indie sounds. 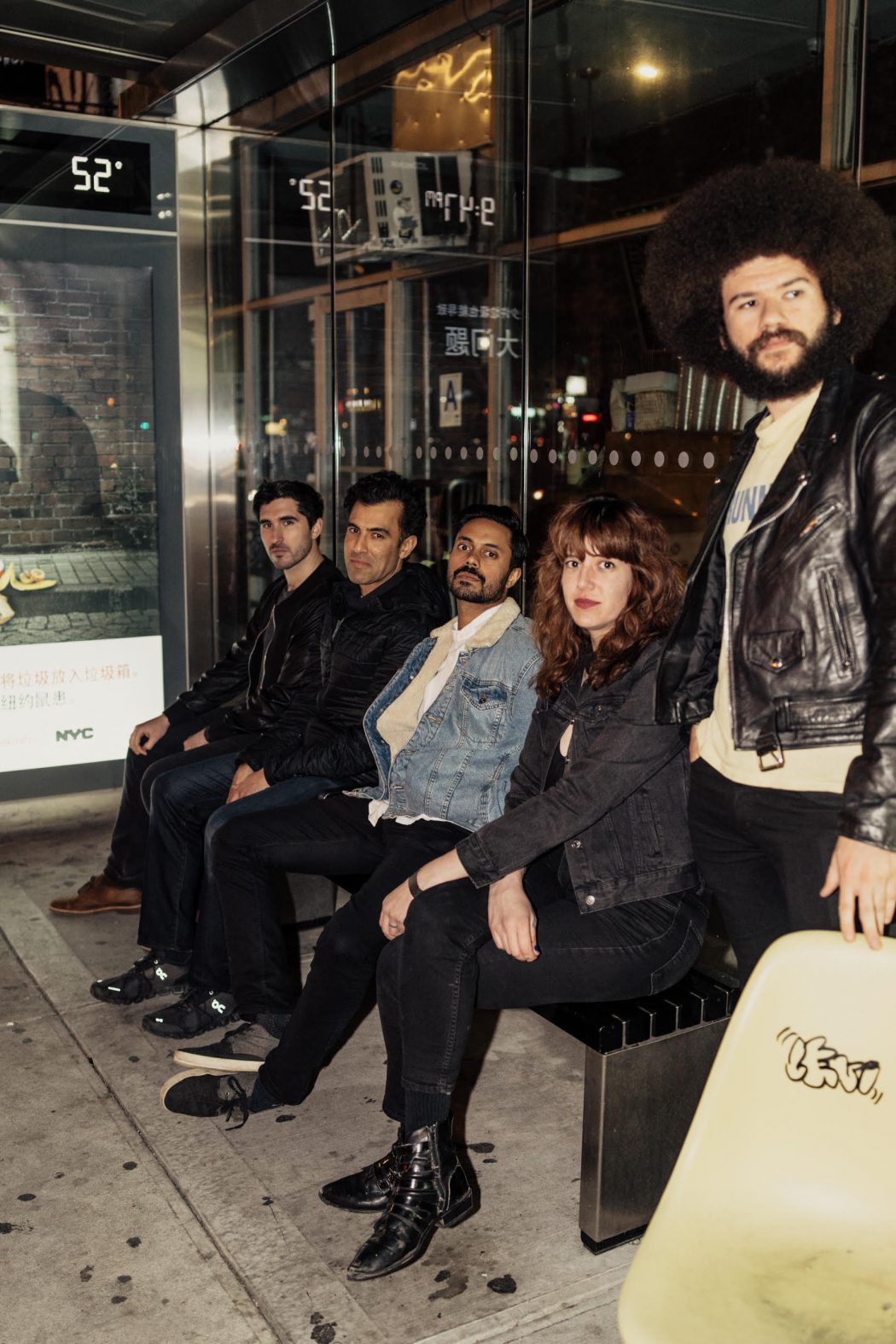 KALTBLUT: Does TARA feel different from other bands you’ve played in before?

Kurani: Totally, there are no egos really. I’ve been in bands and dealt with people in the past where egos [got] in the way and I hate that. Wes and I encourage everyone to come in to practice with any ideas.

KALTBLUT: Do you all feel connected with the local music scene? If so, what are the specific things that have inspired the sound?

Kurani: If anything, given that Brooklyn and in general New York has so much art and music to offer, the amount of stuff that you hear and see within the city is within itself inspiring. You can go see your best friend’s band perform, right next door see a jazz quartet playing in [a] cramped pub, and down the street [a] comedy club.

I think the general electricity of New York is kind of what inspires most of us. The local music scene in the city is so dynamic and we’re just happy to be part of it.

KALTBLUT: Because you’re all living in a city that’s constantly moving at a crazy pace, it’s inspiring just to know you find time to play together on a regular basis. Are there non-music topics that you all connect on as well, that perhaps find its way to the band’s songwriting?

Kurani: It’s pretty crazy for how often we see one another, how little we know about each other’s personal lives, though we do talk about this from time to time.

Wes and I are both from the Bay and definitely rep California. Jack and I are both of Indian descent and take a bit of pride in that. I’m sure as time goes on, we’ll find more in common besides the music, keep in mind that as a collective, the core five has only been together for about six months. I think just being open and understanding goes a long way when it comes to starting a band and collaborative songwriting in general. We’re all doing this (with no monetary incentive) on top of our busy lives.

KALTBLUT: How was “Wander” written and what’s the narrative behind the single?

Kurani: Most of the songs come from a set of demos that I recorded over the past couple of years in my home studio in New York City. I then worked with Wes Deimling to explain the emotions I [tried] to evoke so that he [could] then curtail the vocals and the lyrics to match the proper theme of that song. With the help of others within the band, “Wander”, just like our last single, “Second Guess”, went through multiple iterations over the last year.

Our main goal with this particular single was to create a danceable yet still cathartic track. We wanted to express a feeling of melancholy / feel-good vibes without deviating too far from the core five instruments that we use.

KALTBLUT: What can your audience expect from future releases and the overall future of the project?

Kurani: Our first track, “Second Guess” was more in line with what people have called traditional shoegaze, our second release, “Wander”, is more danceable indie-pop, and our next few singles will probably fall in line with either of these two categories.

As for what to expect for the project in general, we’re playing a bunch of shows in the New York Area this summer and we’re going to record at least four more songs this July. The band has overall become so much more collaborative recently and we’re all just happy to be playing music with one another.