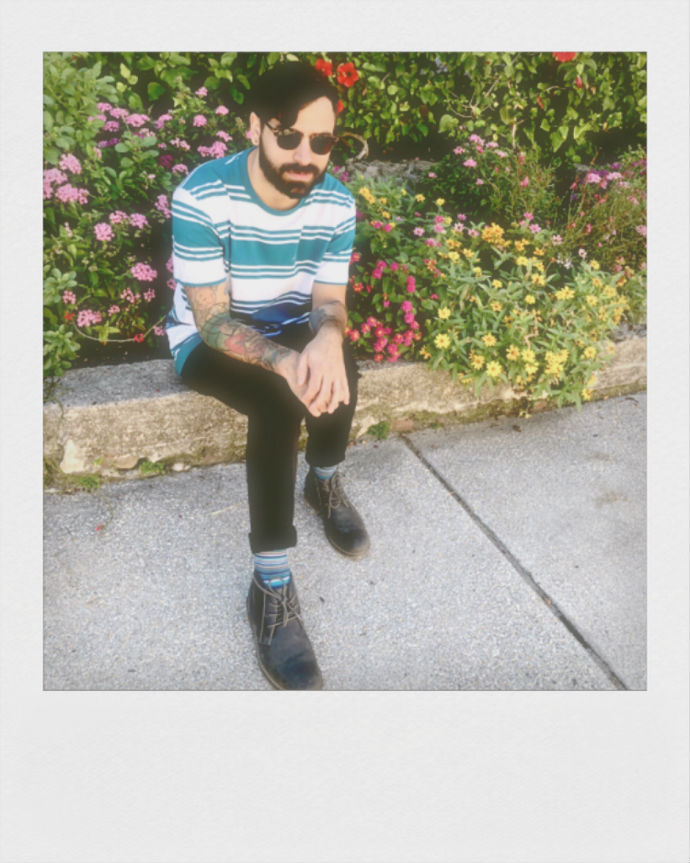 “Ethereal Shadow” is the newest single from Cathedral Bells and an addictive release for bedroom pop aficionados. Matt Messore, the musician behind the project, founded the band after returning to his hometown of Cassadaga, Florida. Messore had been touring across the country with his former group, Dear Tracks. Cathedral Bells provided Messore an outlet for his DIY bedroom pop inclinations. We quickly spoke with Messore about the present and future of this dreamgaze project.

KALTBLUT: Where was this project based? Is it your own solo venture?

Matt Messore: It is based in Florida, although we’ve been playing shows outside of Florida. This project started as a solo project, but David Carey (who was a fan of Dear Tracks & reached out to me when I first moved to Florida) joined to help contribute to songs and performing live.

KALTBLUT: How has your local music scene reacted to the project? Do you identify heavily as being a Florida-based musician? An American?

Messore: I feel that it’s more of an online following and we don’t identify as a Florida band because you create wherever you go and we plan on continuing to tour across the country.

KALTBLUT: Who are you listening to right now? What are some non-music-related inspirations?

Messore: Been listening to Dark Tape, Eyedress, CASTLEBEAT, you’ll never get to heaven, (to name a few).

I get inspired by old films, haunted places, and breezy weather.

Messore: St. Augustine, where David lives is full of haunted places because it’s the nation’s oldest city. I also live close to Cassadaga and walk around the cemetery occasionally.

KALTBLUT: Can you talk more about the narrative behind the single?

Messore: It took over a year working on the song “Ethereal Shadow,” and with this came a lot of change in my life. I wrote about the transitions and uncertainty of life.

KALTBLUT: Through writing and releasing this single, do you feel more certain?

Messore: After releasing a couple songs from the EP, I definitely felt like I have found a formula to write and record future songs. I’m happy to see a good response and I feel motivated to make more music!

KALTBLUT: What has changed for you as a musician, aside from the bedroom DIY focus, since leaving Dear Tracks?

Messore: I’ve become more acquainted with customizing and capturing sounds for recording lo-fi / DIY as well as coming up with a new approach for live performances. I’ve also started recording with a different formula that I never really experimented with during the Dear Tracks era. I’ve also been focusing on keeping the writing simplistic.

KALTBLUT: With your preference for keeping the writing process simple, will listeners hear similar new sounds from the project? How do you imagine it all to transform?

Messore: I think it’ll be a similar formula with new songs and new ideas. I have a lot of ideas that are almost like an extension of our debut EP.

Messore: Connecting with the crowd and feeling their energy while performing. After the first or second song, you can feel the energy and atmosphere of the room.

KALTBLUT: What’s next for the project?

Messore: We have 2 tours scheduled; the first in Texas in February and the whole west coast in April with Foliage. Doing a collaboration single with Foliage and also working on new music for Cathedral Bells.

“Cathedral Bells” is out now and is the twelfth release from Good Eye Records.
http://smarturl.it/cathedral-bells