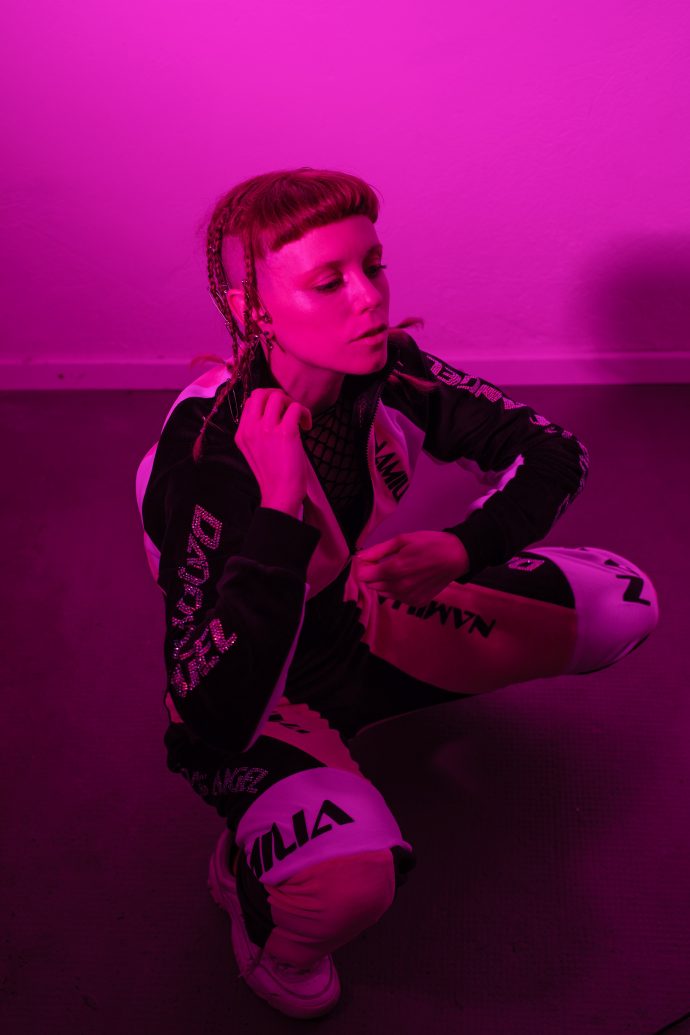 Catnapp teams up with Modeselektor for ‘The Mover’

The time has come for Catnapp’s debut full-length record on Monkeytown Records. ‘Break’ follows last year’s EP ‘Fear and No Cover’ single and sees Catnapp capturing the jaw-dropping energy of her live shows as well as further refining her characteristic blend of rap and heavyweight electronic beats. She challenged herself with exploring more complex emotions and subjects for this album, which is more than a collection of love songs, as she explains, “With so much happening in our world today, I feel incomplete telling only love stories. I want to give people inspirational tools that work like fuel. Songs that can make one hop out of a bad and complicated situation in order to move on and up with confidence.“

Catnapp is the guise of Argentinian artist Amparo Battaglia. Long before signing to Monkeytown in 2018, the Berlin-based producer, singer/rapper and striking performer already (self-)released a couple of records full of boundless creativity and originality, taking whatever she needed from every electronic genre as well as pop and rap music. Amparo cites classic influences like The Prodigy, Aphex Twin, OutKast or Beyoncé, while her productions also draw from today’s post-internet and post-rap sounds. ‘Break’ combines these diverse influences in a very distinct sound.

The album’s opening track ‘Down In The Basement’ is an ode to the underground, dealing with how to grow as an artist whilst staying true to your roots. You can take the artist out of the underground, but you cannot take the underground out of the artist. As she is playing big stages more frequently than gritty basement clubs, Catnapp tackles the beautiful contradictions of going her own way. Next up is ‘The Mover’ featuring Modeselektor, a slow-burning, bass-heavy song about standing up for yourself and showing strength. It opens with the line “Don’t you tell me what to do“, an eternal credo for both Catnapp and Modeselektor, two generations of maverick electronic artists.

‘Fight For A Fight’ is inspired by the repression the LGBTQ community is facing all around the world. It came about when Amparo was invited to perform at the Pride March in Buenos Aires in 2018, its lyrics are aimed at supporting the ongoing fight against patriarchy, “My knife is sharp, my mind is bright, you’ll never stop my will to fight.“ Still, love and heartbreak are essential elements of Catnapp’s songwriting and thus appear in songs like ‘Thunder’, ‘Lengua’ and ‘Give It Back’. The latter is about leaving a toxic relationship behind and regaining control about one’s life. Musically, these tracks show Catnapp alternating fierce raps and booming beats with liquid R&B vocals and melancholic, dreamlike electronica.

Catnapp has been compared to electroclash artists like Peaches, her blend of modern rap and electronics may also evoke likeminded artist Tommy Genesis. There’s leaders and there’s followers – you already know which this girl belongs to. ‘Break’ is no less than her most accomplished musical statement to date.