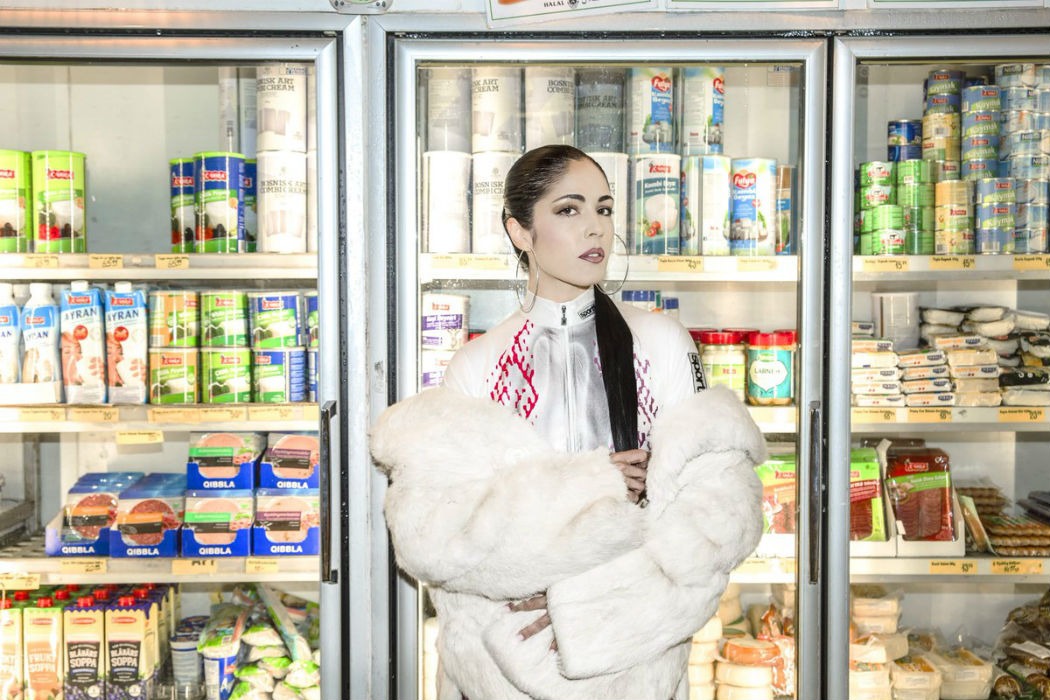 Created in Spring 2015 by Evelina Åslin and later with help from partner Senait Tesfai, Cherish was founded as an independent platform to highlight the talents of people who identify as women/non-binary. With a diverse roster, including HABIB1, Princess Prada, Linnéa, HELH, Beatrice Eli and Sophia Tako, just to name a few, the Stockholm-based label strives to promote equality in the music industry alongside a string of live events. We spoke to Evelina to give us the rundown of what’s happening in the world of Cherish and what fun things are coming up.

KALTBLUT: Could you introduce the Cherish label a little bit? What artists do you represent? What is your goal?

KALTBLUT: Why did you start the label? What is the most important factor?

Evelina: I created Cherish as a platform for women and non-binary creatives in Stockholm back in 2015. The motivation has always been to shift the discourse within the industry and to amplify the important voices of the many gifted and hard-working non-men of the music scene. Cherish works on a project-based release plan and together with the artists, we decide what each project will be (e.g. a single, EP or album release). I do management, marketing and promotion for our projects, as well as bookings. I love finding and uplifting previously unknown talent to give them a bigger platform.

KALTBLUT: Have you personally performed live? If so, what was your first gig like? And what was the most memorable?

Evelina: I’m not a music producer or artist myself but I’m a DJ since about 8 years back, and I’ve been the live-DJ on stage for several acts. The most memorable show I would say was with Sweden’s own queer queen Beatrice Eli when we played in the city of Malmö. She’s a true inspiration and an absolutely amazing live artist. The world should catch up on her and book her, I mean she’s a big artist!? We’ve got a bomb collab coming up this spring actually…

KALTBLUT: The artists on your label represent so many different musical backgrounds, how did you begin working with them? Do you meet at events or come across their music online?

Evelina: People e-mail me their music, I get so many beautiful e-mails!! And a couple of weird ones, from like older men… haha. But I appreciate every reach out, I really do. Unfortunately, there’s not enough time for me to release all the good stuff I get sent to me. But some people I meet IRL also of course, in the scene in Stockholm. There are so many talents around me.

KALTBLUT: How are you seeing the current musical landscape changing and adapting recently in your local area? What about globally? Are you seeing any changes or improvements thanks to platforms/labels such as yours?

Evelina: I think a lot is happening. At least in the underground music scene here in Stockholm. It’s improving thanks to the work of ‘Popkollo’ and their baby ‘VemKanBliProducent’ – those are government funded initiatives for women and transgender people of all genders involved or interested in sound tech and music production. But also globally. We live in such an interesting time of history in that sense… I mean the world is politically fucked up right now. But imagine 200 years ago, for women and especially people of colour. Fuck that. From my western perspective anyway. Too bad the climate is going to hell and the world will collapse soon, now that we’ve come kind of far. In terms of equality that is.

I think a lot of great labels and platforms around the world contribute to a more creative and progressing music scene right now. I love what DiscWoman does to the underground scene globally. Also, this local separatist music studio collective in Stockholm called Oda Studios, being a safe space filled with talents. By the way, all non-male music producers of the world should join the Upfront Producer Network! They’re building a great catalogue of female music producers.

KALTBLUT: What have you learnt since starting the label? And what would like to change or improve in the future?

Evelina: I learned a lot about the music industry. It’s a dark industry, if you’re not, like, Zara Larsson – but maybe even for her, actually that I don’t know. But yeah the major labels have all the money and power. I believe together we can change it though, maybe I’m naive. And also there are many sweet allies out there, I mean men. Which is important, because for a bigger change we need them too have our backs. I appreciate every like, comment and share from our cute allies. Keep it up, guys!

KALTBLUT: What is next for you and the label?

Evelina: We recently started a non-profit association for Cherish actually. With that we want to be able to make a bigger change, reaching out with our message and being able to arrange more things. We’ve been talking about parties, workshops and even a festival. I’m the president of the board, artist Hanna “HELH” Hasselberg is the secretary, Jbela Melaku is the cashier, and then there are our two members Senait Tesfai and Sara Parkman. I love this team.