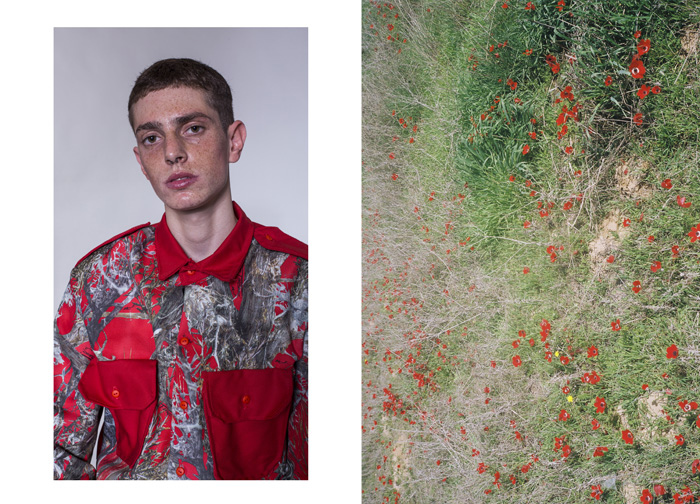 A KALTBLUT exclusive editorial. Model is Didi Podmazo signed to Brick Models. Art direction by Dor Sharon. Hair and Makeup by Or Kopelis. “My project has created an army fatigues with an emblem of anemones. These flowers bloom around the Gaza strip every year – it’s a common red flower in the Middle East, and it is so interesting to see the juxtaposition of it against the tanks, fences and army bases, making everything seem jarringly pastoral. I assume that one day a major war will break out and the battlefield will be a surreal scene of a red, flowering field. Damari became known for her distinctive husky voice and Yemenite pronunciation. Her first record was released in 1948 and her best-known song Kalaniyot (Anemones), by Moshe Vilenski, dates from that period.” says Dor Sharon. 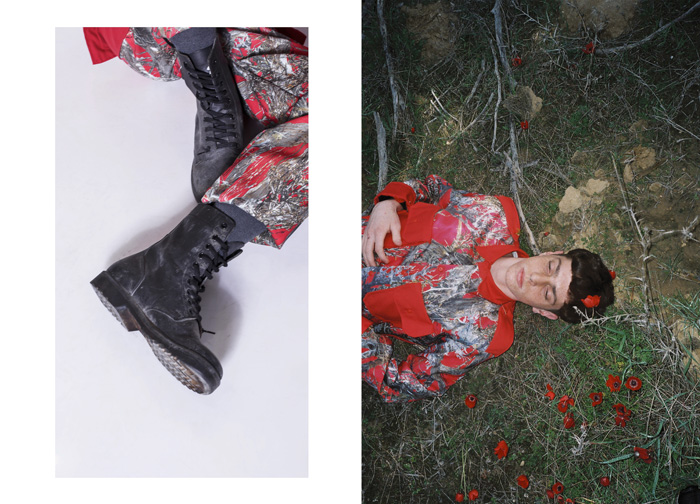 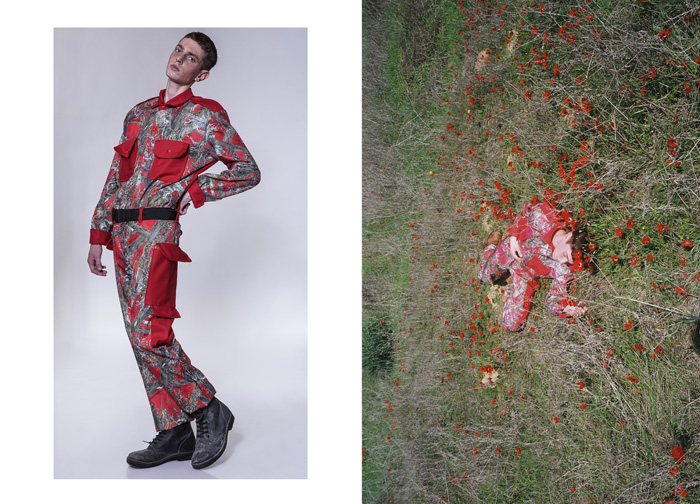 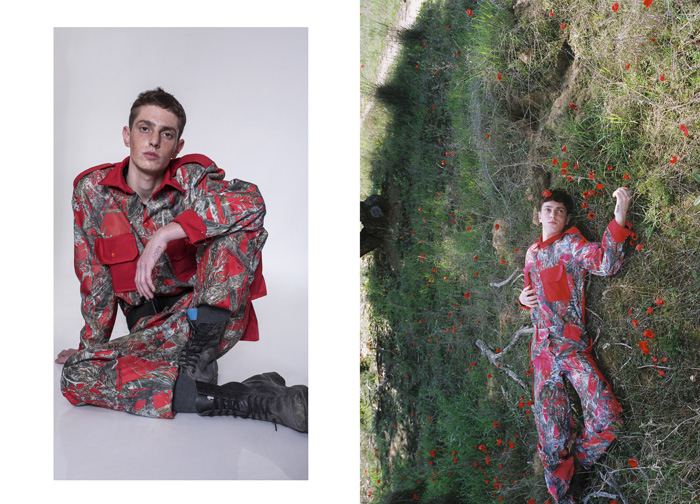 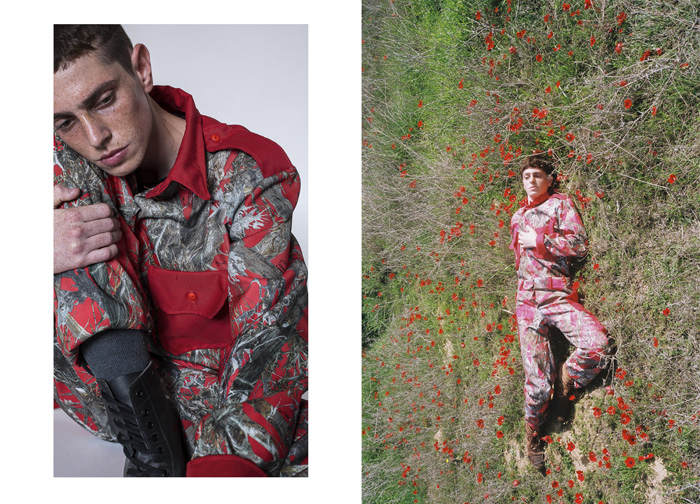 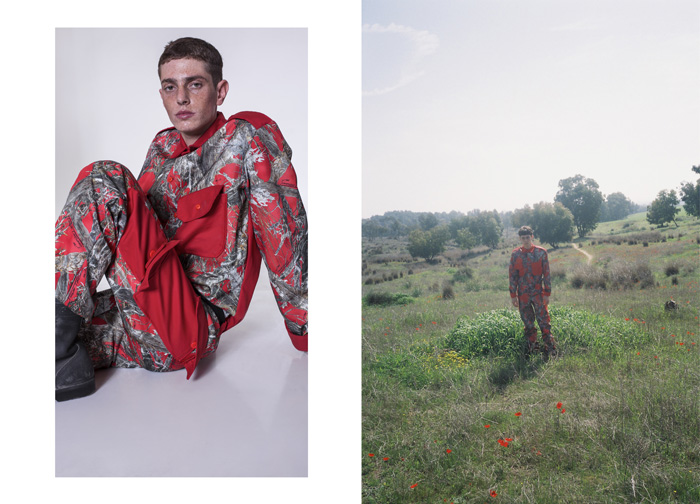