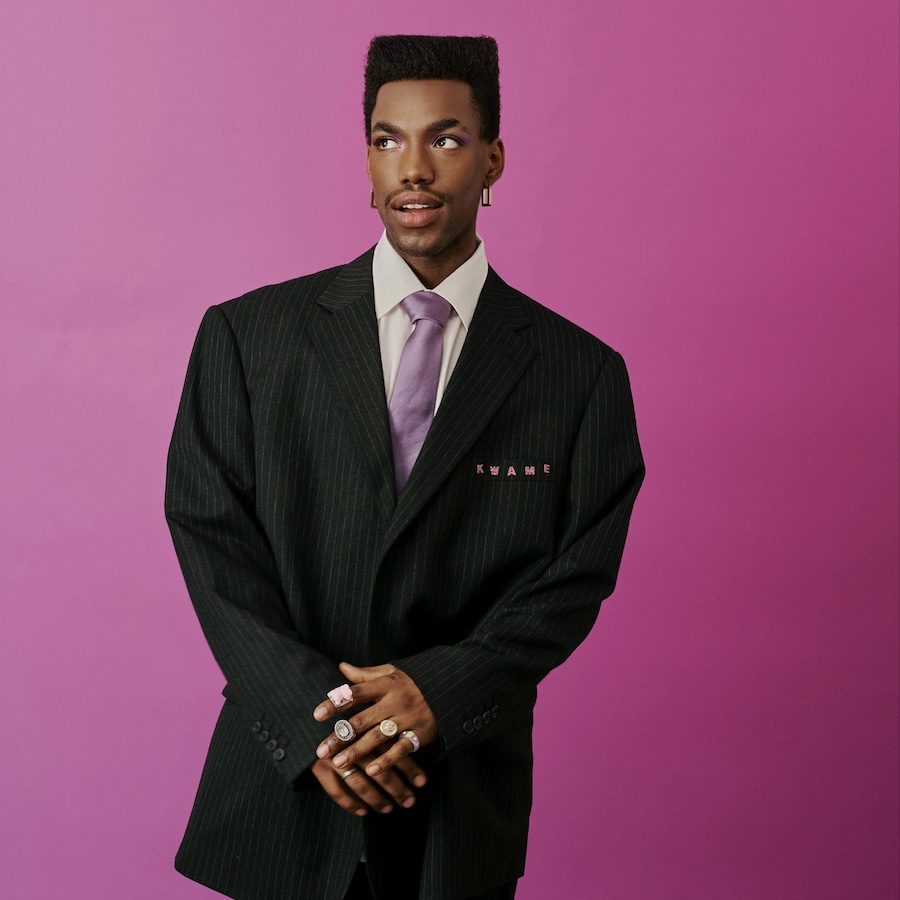 I am in love with Blazey´s debut album KWAME. The 23-year-old queer Afro-German singer, songwriter and entertainer with roots from Togo living in Berlin is one of the most exciting artists from Berlin! His sound is a mix of the colourful afro-beats and modern Pop and RnB Music he grew up listening to. Blazey’s soulful voice and fiery rhythmic beats create a sound that’s vulnerable, powerful and uplifting at the same time.

Blazey’s debut album is a lesson in Afropop precision, with each new tune ascending his status as the most exciting young queer singer around. Tracks like „dirty“ and „Analina“ that are about, sexual freedom while still having a hunger for intimacy to be taken seriously.

Blazey’s confidence is one asset that cannot be tainted or lessened by the world, and his debut record is brimming with globe-conquering potential. It’s for those who already share his self-love but also for those who need a little boost in theirs. KWAME the Album is full of sweet and vibrant surprises.